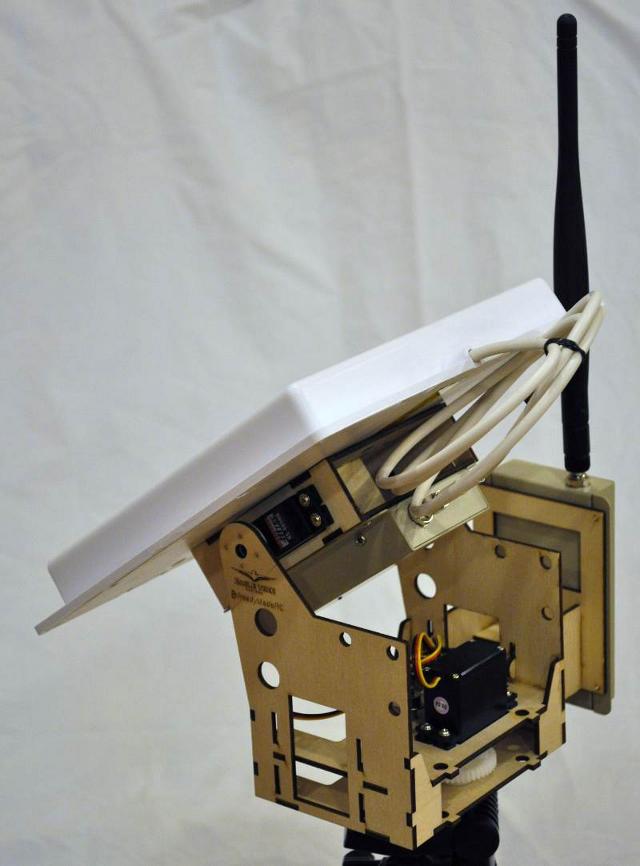 Just spent a couple of hours getting my head around the MultiWii V2.1 serial protocol.  This involved looking at EOSBandi's MW-WinGUI Visual Studio c# code and adapting the essential bits I need to a simple test VB 2010 app.  The app sends the commands to get the GPS bearing and distance to home as well as the Baro altitude.  The BT module connected to the Pairs MultiWii board sends back the info I requested and shows these values in textboxes on a basic form.

That's part one out of the way.

Next phase will be adapting that code, now that I understand how it is done, to Arduino code.

The code will output PWM on two digital ports to drive two servo's to position the patch antenna.  Rather than use the short range BT module I will set the MultiWii code to use 57600 rather than 115200 and hook up my XBee Pro module.  The other XBee will be connected to the Arduino tracker.  So the tracking Arduino will be asking the Hexacopter where it is and with any luck the Hexacopter will say "here I am".

If anyone is a VB programmer I can post the important bits here if they want to roll their own PC based MultiWii ground station.  Very easy to code once you know the binary protocol.

If I get the Arduino code happening in the next few days I'll post it here.

Also, if anyone is aware of an existing tracker for the MultiWii controller which uses the V2.1 protocol (not via OSD's fitted with GPS's and telemetry sent via audio) please let me know about it.