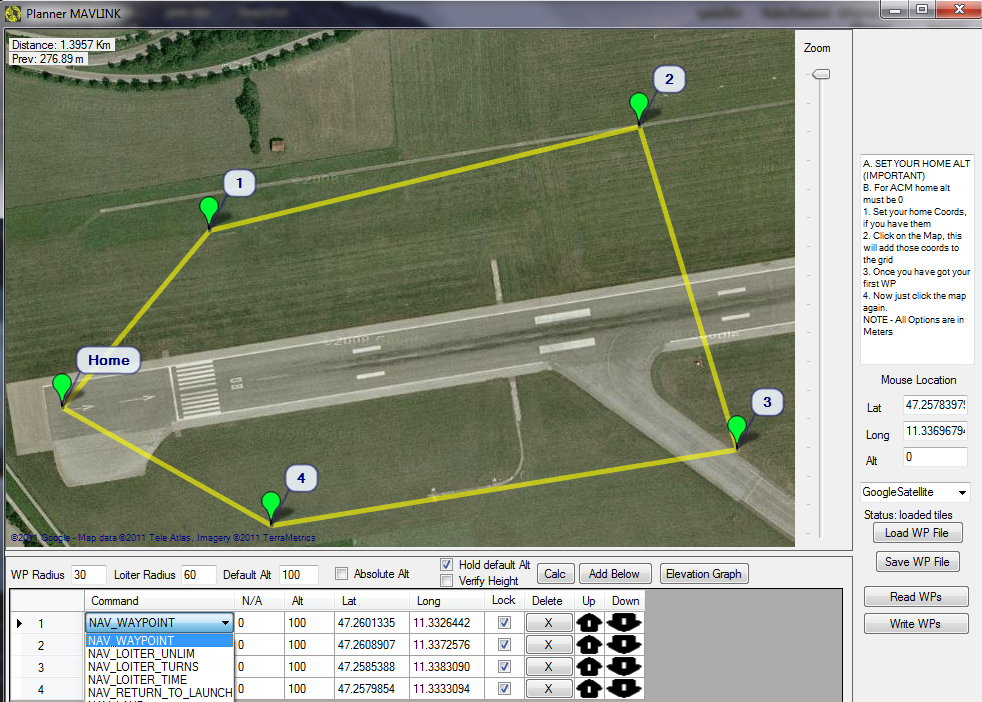 Please upgrade your system to the latest code, which includes bug fixes, a few new features and improved stability. To be safe, load the code into Arduino and compile it as usual; the automatic firmware loading process may not always bring in the latest code during this beta testing period. [UPDATE; the Mission Planner will now load the latest firmware automatically, so no need to use Arduino or download the code yourself.] As shown at right, we've added back some commands that you can issue in-flight via the HK GCS. More commands will be coming soon.

--Lots of improvement to the Mission Planner. Altitude in 3D waypoints should now be properly displayed.

--Some modes are not being reported correctly in HK GCS. Stabilize is being reported as "Guided", for example. We know how to fix this and it will be right in the next build.

--Writing waypoints via MAVLink in the Mission Planner is still sometimes unreliable. If you're having trouble, close it and reopen and try again.

--Vehicle Number is still being reported as 7, rather than 1. We'll fix that in the next build.

We'll be releasing new code each week for the duration of the beta test process. Expect a final Release Candidate by mid-April. As always, keep the bug reports and other feedback coming! (Bug reports to the Issue Tracker, please)