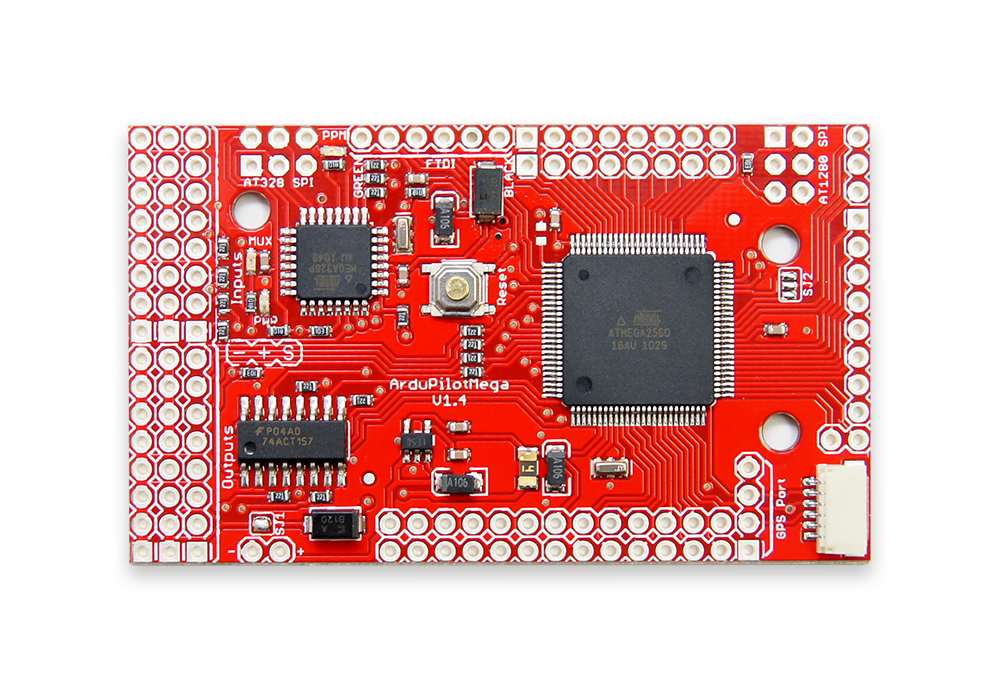 Hi guys, just letting you know that the ArduPilot Mega v1.4 with the ATmega2560 will be available at the DIY Drones store starting Friday, April 8. Here's the product page: http://store.diydrones.com/product_p/br-ardupilot-01.htm

Here's what will be changing in the store/products:

- The only difference between the two boards is that the new board uses the Atmega2560 microprocessor, while the old one uses the Atmega1280. The 2560 has twice as much flash memory (256K, vs 128K, hence their names). That extra memory is not currently used by any DIY Drones software, but is available for possible future code and expansion.

- The main reason for the change to the Atmega2560 is to sync up with the Arduino roadmap, which transitioned from the Arduino Mega (1280) top the Arduino Mega2560 earlier this year. This will not only ensure that our boards are compatible with the latest Arduino code, but also ensure that we will be able to source components reliably in the future.

The 2560 board will be required for APM 2.0 (not true, I should have triple checked this first), so the release of this board was timed to coincide with the new APM code getting close to Release Candidate status. Keep in mind that the 1280 version is still required for the ArduCopter and ArduPirates code!