This video shows the demonstration of a variable-pitch quadrotor autonomous takes off and lands (ATOL) on a moving carrier.
The system architecture is a carrier based vision system.
It use visual positioning result to eliminate the GPS bias between UAV and carrier, thus it can provide continuous and accurate positioning result for ATOL usage.

The Flight Controller is designed at 2012, 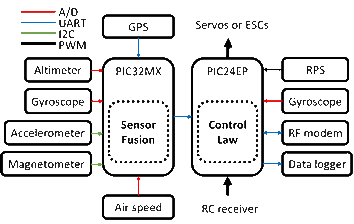 The carrier's controller is same as UAV's, except the control software is different.

The Firefly MV camera is placed on a 2-axis brushless gimbal, and the gimbal has been programmed to maintain level at any time.

The UAV positioning program runs on a MSI Brix mini PC, which comes with an Intel Core i7 CPU, 8GB ram, and 128GB SSD storage. The program built by Qt framework and OpenCV library, it runs on win 7 OS. 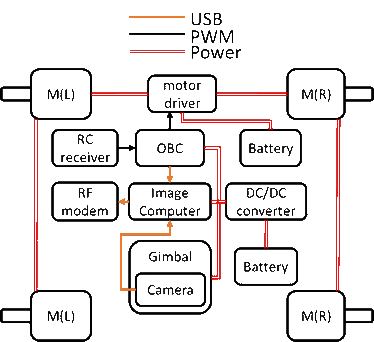 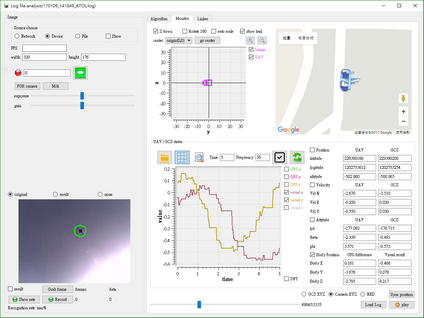 The carrier sends its GPS position and relative position (vision) to UAV via a RF modem, then the UAV will calculate the relative GPS bias based on uploaded information and its GPS position. The main concept of this system is that I use vision to make up the deficiency of GPS information, instead of using visual positioning alone.

I am designing new FC board recently, use new MCU (STM32F4 or STM32F7) and new sensors ( MPU9250, MS5611 ,etc..) With enough computation power and better sensor, I expect the performance of system will be further improved.

The detail of this research is in