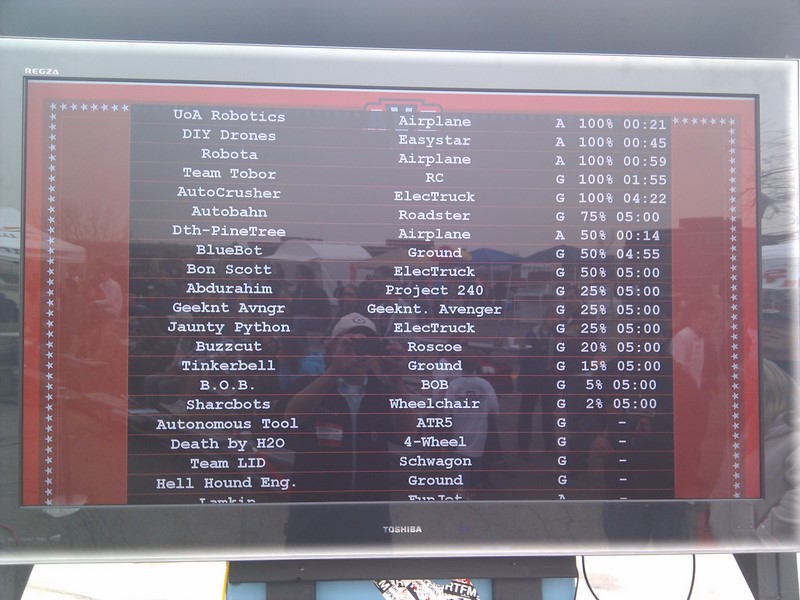 There are six UAV teams entered in the competition this year.
TwoUAV Devboard teams:
We all just finished the first of three rounds. Results after round one:
Here's Jordi tweaking code in front of the start/finish line: