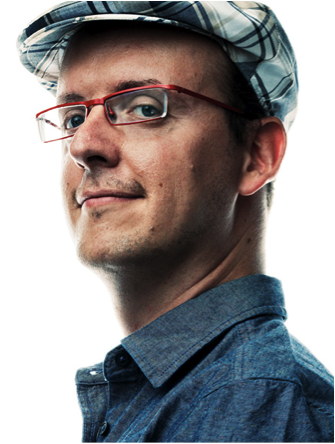 For the past ten years, Patrick Meier (DIYD: PatrickMeier) has worked at the intersection of technology and humanitarian response. A Harvard Humanitarian Initiative Fellow, a National Geographic Emerging Explorer and the founder of the iRevolution blog, Meier’s humanitarian work centers on self-help and mutual-aid: Empower people to respond locally and build more resilient societies. He believes that UAV technology and user-generated aerial imagery, coupled with widespread mobile access, will greatly increase a community’s ability to self-organize, and that this technology has a vital role to play in the future of humanitarian and disaster relief efforts.

When and why did you first start flying?

I've long been interested in RC planes/helis and civilian UAVs, but I only got into quadcopters more seriously a year ago when I began writing and speaking about their potential use for humanitarian response. Since I don't like talking in the abstract about hypothetical applications of new technologies, I decided to jump into the DIY Drones space head first, and haven't looked back. This practical experience coupled with everything I've learned thanks to DIY enthusiasts around the world has been invaluable when speaking with my humanitarian colleagues.

When did you first realize UAVs could be vehicles for good?

I've been closely following the commercial startups in this space who are starting to "democratize" access to personal UAVs by producing cheaper/expendable, safer, and easier to use aerial robots. Colin Guinn, who recently spoke to 60 minutes, expects that in the future 1 in 5 people will own some kind of UAV. This is what most excites me with respect to humanitarian and relief work.

A lot of my work is applying advanced computing to make sense of "Big Data" generated during disasters. This Big Data is made possible by the widespread access to mobile phones, which generate the vast volume of crowdsourced content that gets shared on social media during disasters (volume obviously varies by connectivity).

All the data that eyewitnesses produce and share can be invaluable for immediate damage assessments. Following Typhoon Yolanda, for example, we used a microtasking platform called MicroMappers to tag and thus make sense of a huge number of tweets and images in just a matter of days (even though the server crashed half the time). And when I was in the Philippines with the UN, I came across a number of UAV disaster-response initiatives like Danoffice IT. Others, like the xUAV project work directly with grassroots communities (picture below). But these groups can't be everywhere at the same time. Meanwhile, companies like 3DRobotics and AirDroids are radically changing the micro-UAV market, which means these flying robots will soon be as cheap as smartphones, thus paving the way for further democratization. 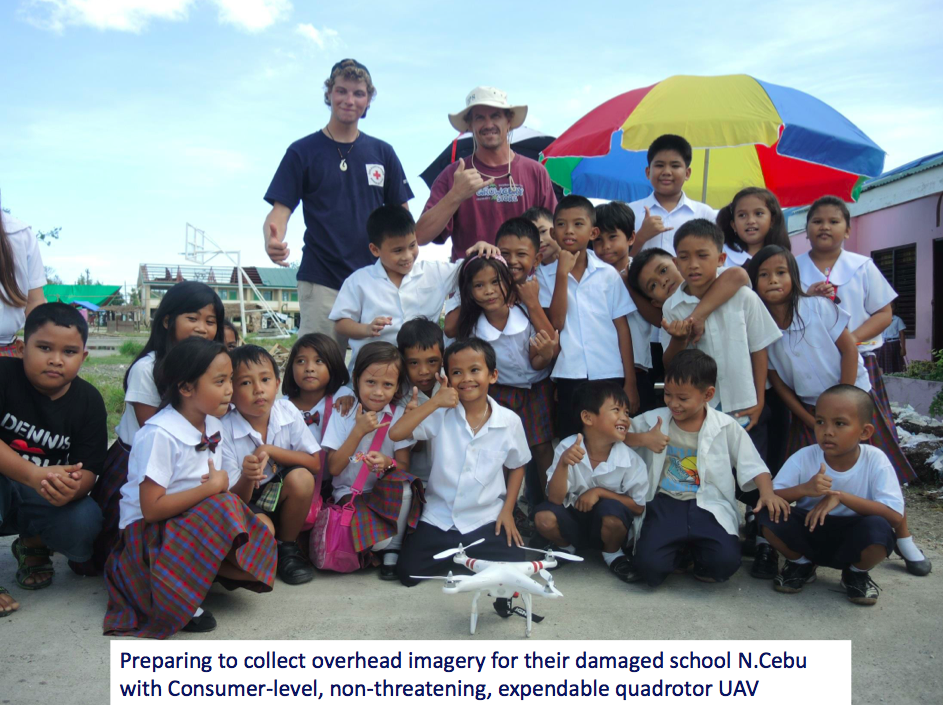 So this all got me thinking: What if in the very near future, the user-generated content that gets shared during disasters were to also include aerial imagery captured by portable, micro-UAVs, from eyewitnesses on the ground? Could this then lead to an overflow of information that MicroMappers is perfectly designed to handle? Could we create a global network to connect all civilian/hobbyist UAV pilots to safely and proactively capture aerial imagery to support local and national humanitarian efforts? Could this same network build local capacity for locally deployed UAVs? And importantly, could such a global network also serve to facilitate coordination and set standards for operational safety and publish a Code of Conduct for the use of civilian UAVs in disaster response?

I don't have all the answers, which is why I launched the Humanitarian UAViators Network, to start connecting pilots and UAV enthusiasts so we can address these questions and challenges together as a community.

And what do you hope to achieve with this particular cause?

I want to connect new and experienced civilian/hobbyist UAV pilots from all around the world so that aerial imagery/footage can be quickly but safely captured following disasters, and shared (responsibly) with appropriate humanitarian organizations as well as affected communities.

Newcomers to the UAV space may not be aware of the dangers and privacy issues that come with operating these flying robots, especially in humanitarian contexts. That's why I want to raise awareness now, connect these new pilots to a network that they can learn from and get guidance from--before big mistakes happen. That's also why I want to help establish standards and a Code of Conduct for both new and seasoned pilots.

For instance, there were a dozen or so UAV projects in the Philippines following Typhoon Yolanda but most did not know about each other or coordinate. Some operated at the national level, others at the grassroots level. At the very least, we should have a network for sharing information such as flight plans, which could facilitate coordination and avoid accidents.

I've drafted a Strategy Document (available here) for UAViators, and am actively soliciting feedback from hobbyists and humanitarian professionals alike. At the same time, I've launched this list-serve to start connecting UAV pilots/enthusiasts from around the world. My plan is to create a global directory of available pilots/enthusiasts and together with them create the framework we need to safely and legally generate & share volunteer-based aerial imagery during disasters. Of course, launching a network like this one raises more questions than answers, but I welcome the challenge and know that members of UAViators will be well placed to address them as a community.

What does the future hold for UAVs in humanitarian efforts?

Well, there are a lot of questions to answer vis-a-vis the present use of UAVs in humanitarian efforts. So we need to start with that. But in short, everything's going to be all automated very soon.

So I expect a lot of user-generated aerial imagery to be available during disasters in the future--mostly coming from non-professional pilots who own personal UAVs. This means we need to figure out the best framework to make use of this imagery for humanitarian response; and to do so in a way that is safe, legal and ethical, while respecting privacy, and serving the core humanitarian principle: Do No Harm.