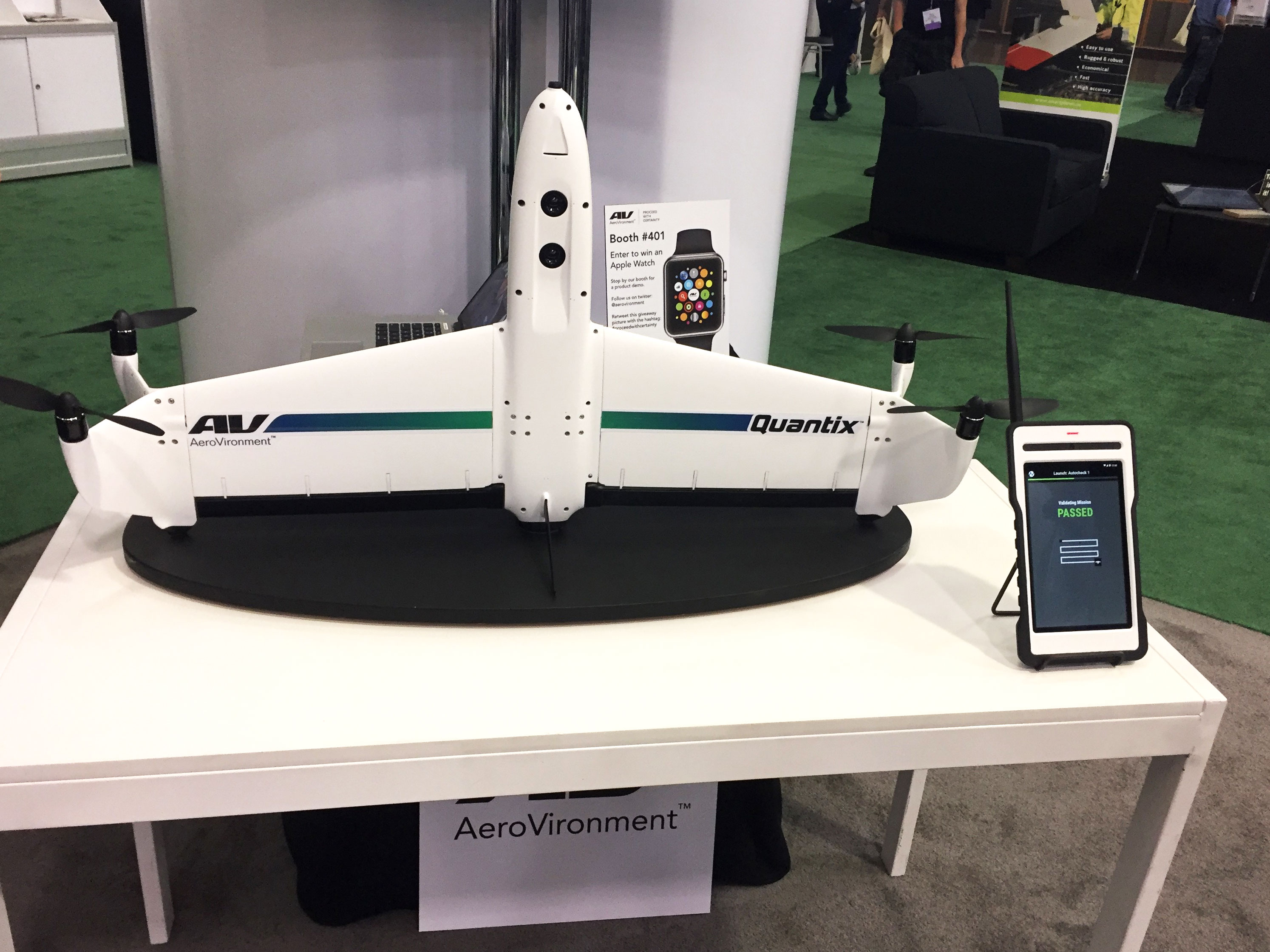 AeroVironment’s new drone and cloud-based analytics platform squarely targets the commercial sector, but are they targeting the wrong vertical, too late in the game?

Earlier this month, the military and tactical unmanned aircraft systems manufacturer AeroVironment (NASDAQ:AVAV) proudly unveiled its new QuantixTM drone and a cloud-based analytics platform called the AeroVironment Decision Support System (AV DSS™).  The combo is designed with the civil/commercial markets in mind. The drone is a hybrid design that enables the aircraft to launch vertically like a quadcopter and then transition itself for horizontal flight, taking advantage of a fixed-wing drone’s aerodynamic efficiency and range.  According to the company, the drone can map 400 acres in about 45 minutes, and its overall flight time is supposed to be an hour per battery.

The Quantix is a key piece to a larger end-to-end solution AeroVironment hopes will meet the needs of the agriculture, energy, and transportation industries, among others. Key to AeroVironment’s solution is a proprietary mobile interface that works with their secure cloud-based data storage.

WHAT’S COOL AND WHAT’S NOT

It’s great to finally see AeroVironment come out with an offering dedicated the commercial drones market.  While their Puma AE was used for aerial surveys in Alaska—and was the first time the FAA has authorized a commercial UAS operation over land, this product will be the first non-military product in their lineup. So, welcome. Or should I say—I’ll welcome you when you get here. Quantix won’t be available until Spring of 2017. And the price has yet to be announced.  However, in my conversations with the company at last month’s Drone World Expo, it’s clear some among their ranks understand it will need to be priced below $20K, or it’s simply not going to sell well.