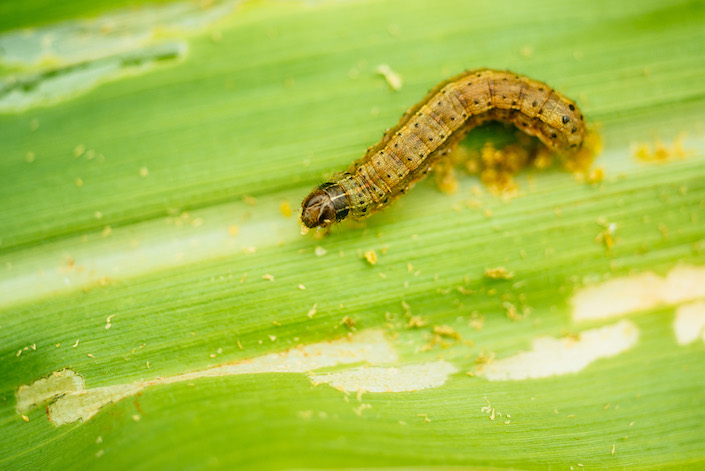 An army of drones deployed to fight a crop-devouring pest in a southern area of China has recorded a mortality rate of as high as 98%, according to the manufacturer.

XAG, a Guangzhou-based drone maker, teamed up with Germany’s Bayer Crop Science in a drone swarm operation to kill the fall armyworm in China’s Guangxi region. The autonomous devices, loaded with low-toxicity insecticide, have also successfully managed the pests in a government-led operation in the southwest province of Yunnan, XAG said.

“It is the ‘crop-devouring monster’ that attacks over 80 crop varieties,” XAG said in a statement Monday. Most farmers resort to traditional insecticide sprayers, which not only fail to move fast enough against the “ravenous, fast-moving fall armyworm” that can fly up to 100 kilometers in one night, but also expose them to dangerous chemicals, it said.

The fall army worm, a crop-devouring pest, has spread from the Americas to Africa and Asia, gorging on rice, corn, vegetables, cotton and more. Since arriving in China, it has advanced north, affecting 950,000 hectares of crops in 24 provinces as of mid-August, including parts of Hebei, Shaanxi and Shandong, according to an official report published late last month. Outbreaks at 90% of the affected areas are now under control, the report said.

Drones can safely operate after sunset to kill the pests, which feed most actively at night, XAG said. According to a local media report, drones have also effectively helped to control the spread of the pests found in some cornfields in the northern province of Henan.