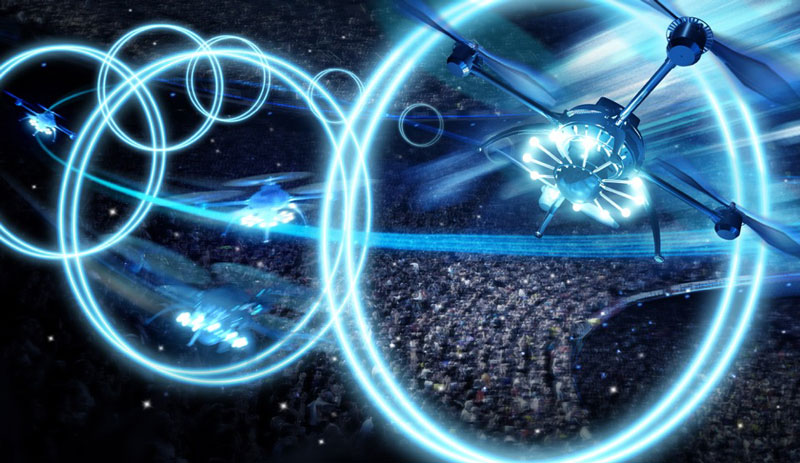 This fall, Fjuze – an entertainment company from the Netherlands – hopes to launch a massive drone entertainment show at the Amsterdam Arena. Aptly called AIR, the event is slated to feature an as yet unspecified (but presumably large) number of drones performing “ballet and battles,” “races and lasers,” and “circus and illusions.” That such a large-scale entertainment event featuring drones is even being planned at all speaks volumes about the mainstreaming of drone culture.

Given the opportunity of the AIR show described above, Hallie Siegel wrote an overview on the general state of drones in entertainment, read more on Robohub: From sideshow to main event, drones are making their mark in entertainment