Here's an excellent (unhyped) story from ABC's Landline (Aus) about how precision agriculture is being enabled by new data collected with drones. 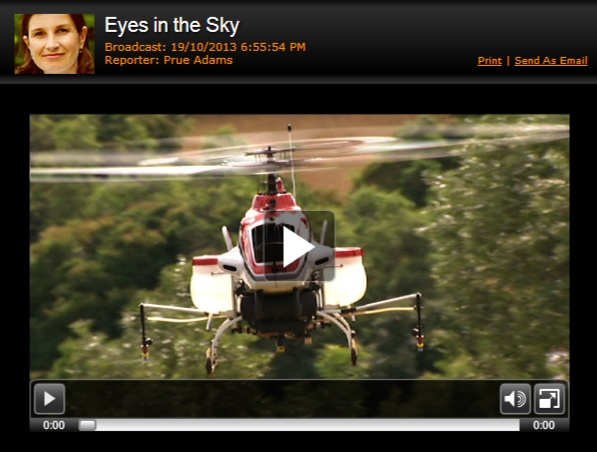 It's an important counter point to the recent controversy where animal liberation activists filmed a chicken farm with a drone and claimed it wasn't meeting it's free-range claims - the farmer had a different perspective. This has now resulted in a powerful lobby group requesting tight laws on spy drones - something that will effect us all.

Tags: agriculture
E-mail me when people leave their comments –
Follow