Developers at 3D Robotics went to Kunde Family Vineyards, a family-owned vineyard, to test a project that could revolutionize agriculture by providing farmers with on-demand aerial images of their land.

Those images give farmers a bird’s-eye view, allowing them to see vine stress and color variation. Those variations can help indicate when to it’s best to harvest the grapes. 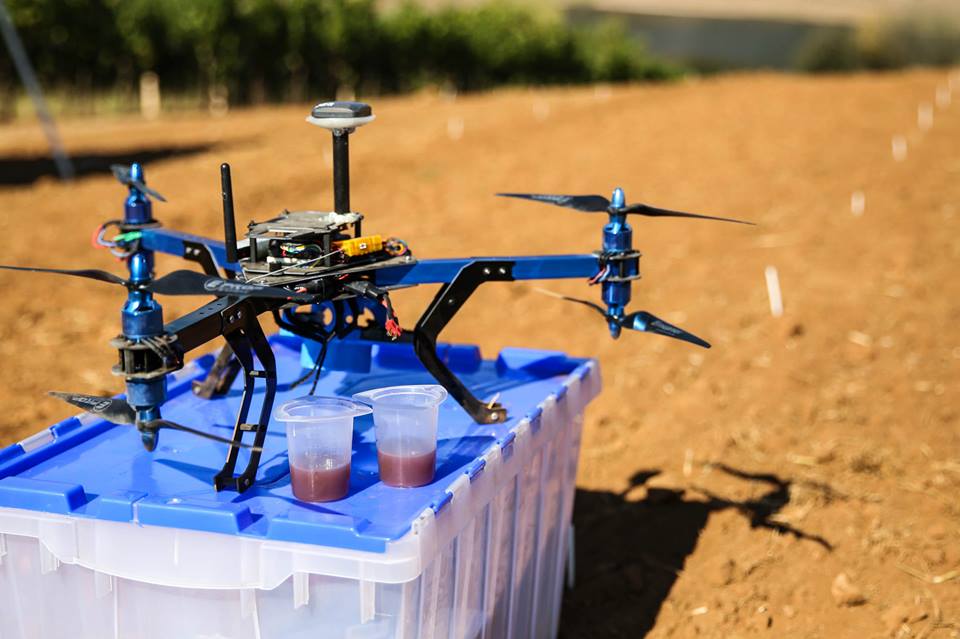 3D Robotics used both autonomous, fixed-wing planes and multi-rotors with a point-and-shoot camera mounted inside.

“They allowed me to select the section of the vineyard to sample these grapes,” DRNK Wines Winemaker Ryan Kunde said. “If I didn’t have that imagery — I know of some general variation from top to bottom, but I didn’t know about that crescent down at the bottom of the vineyard.”

That crescent is probably home to deeper soil and more water, Kunde said. Those differences mean Kunde can harvest his grapes earlier than he anticipated.

Those images were taken automatically from the plane based upon GPS location, camera coverage area and altitude, and were then stitched together in the field to generate a 3D model. The camera was mounted inside a plane equipped with an APM 2.6 autopilot system with GPS navigation and airspeed sensor. The whole process took under an hour.

“As their operations get more and more high tech and more slimmed down, they have a need to pick things at just the right time, and for Ryan, that’s the differentiator,” said Brandon Basso, Senior Research and Development Engineer at 3D Robotics. “He goes out and sells the fact that he can pick his grapes at exactly the right week.” Aerial imagery is not uncommon to farming, but using a small, autonomous aircraft could make a big difference.

“You’d have to schedule some company with a plane to fly out at least a week in advance, and you might not know that you want to look at which vineyard at which time.” Kunde said. “This allowed us to do it today. It’s a low-cost solution to it.”