As a follow-up to the rover drops #1 and #2 I spent a day with Assistant Professor Nagatani-san of Tohoku university in Japan (and his students) and Izu-san of EnRoute (a company that specialises in Industrial use multicopters and hobby use RC vehicles here in Japan and China) at Karuizawa's Mt Asama attempting to autonomously drop a 2.5kg rover from a large (4kg+) EnRoute "ZionPro" hexacopter.

The flight was completely autonomous including activating the servo release which held the rover to the hexacopter (we used the camera shutter release).  After being released the rover was "lowered" on a 30m wire wound around a brushless motor which was meant to slow it's descent (with mixed results).  If you've never heard of this mechanism before, it seems if you connect the bullet connectors of a brushless motor together it resists being turned.  If you attach a resistor between the bullet connectors it will resist less strongly.  In this way we could somewhat adjust the speed at which the rover descended at. 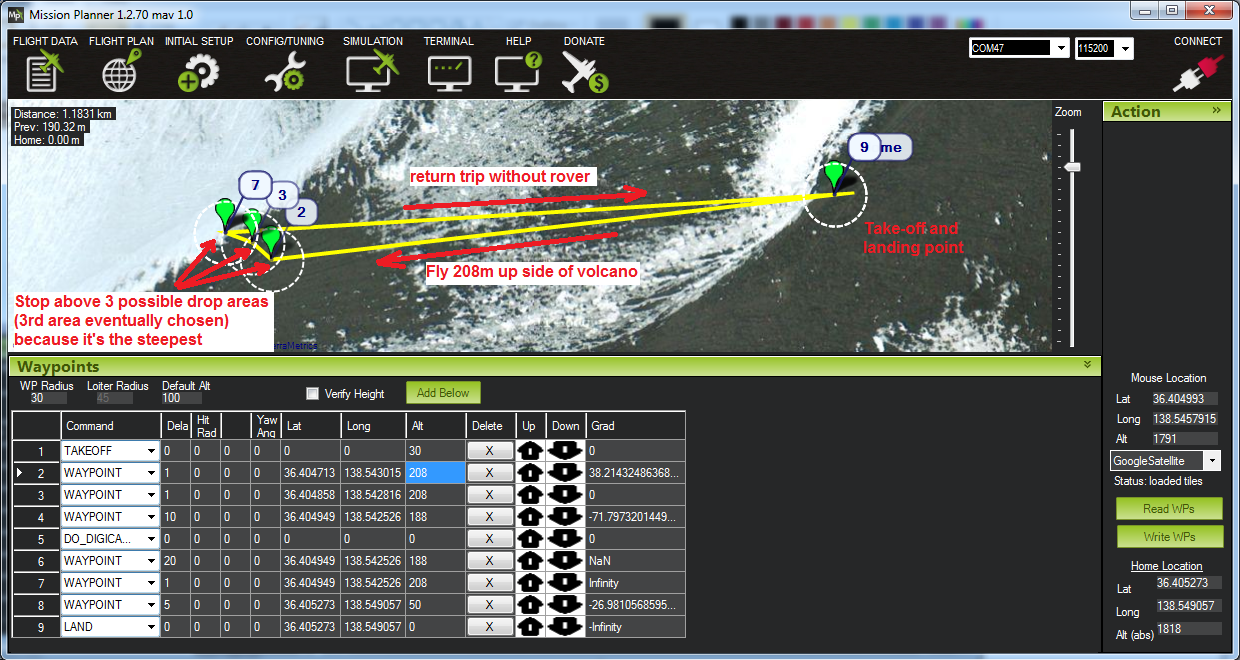 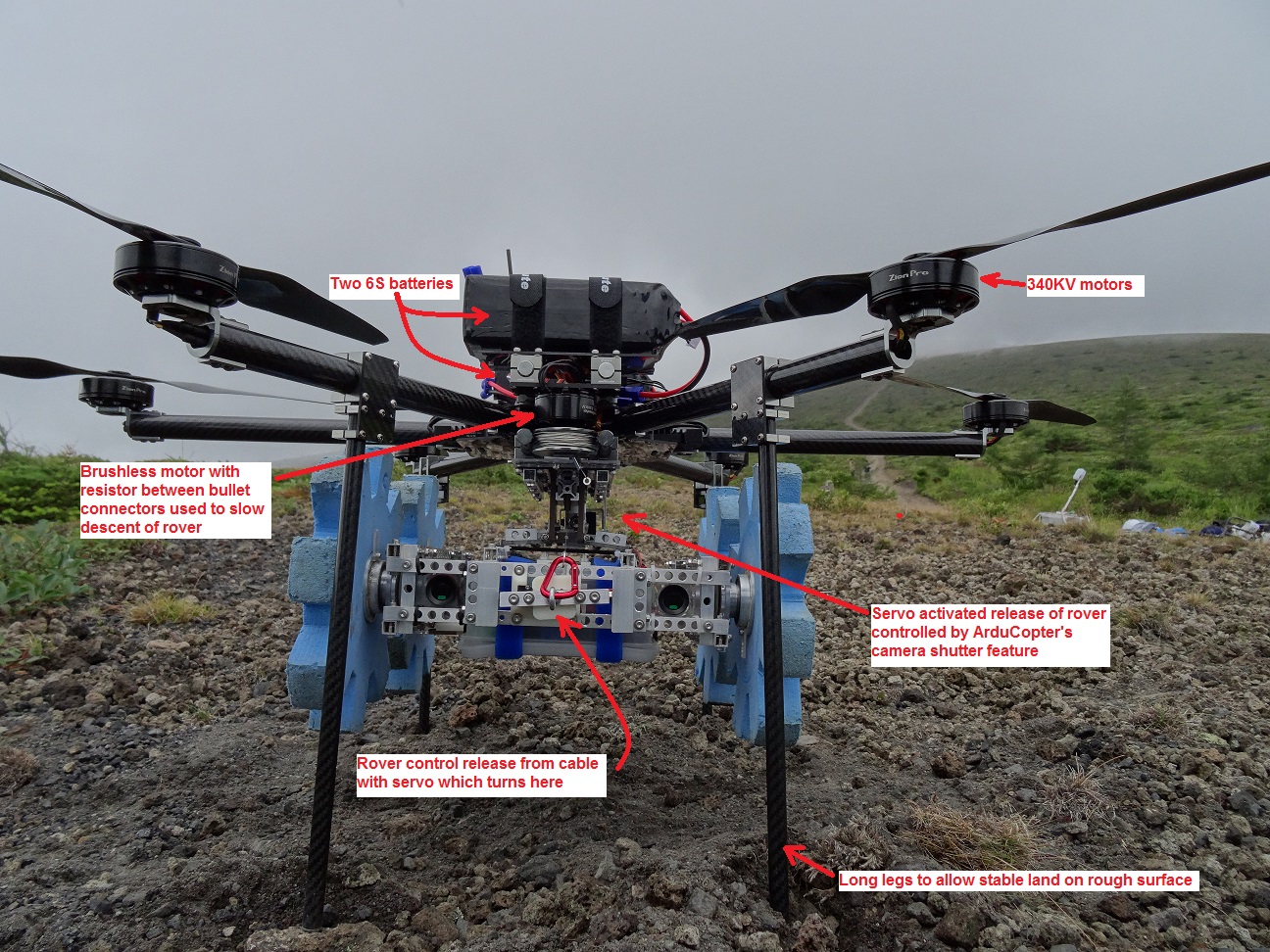 A couple of things that we learned from this test in case you try something similar:

There will be one more attempt within the next 2 months which should be pretty much the same except the distance will be further and the dropping mechanism will be improved!

Thanks and all comments, input welcome!