With UAVs coming into more widespread service in the armed services and all around us everyday, its becoming harder and harder to find and fill specialized niches of operation, and thats where the Guardian comes in. Designed for close convoy support, The Guardian was designed for near instantaneous deployment in contrast to the Raven which requires hand launch. The goal is to have it launch out of a canister mounted on the side of a convoy vehicle, so in ambush situations where hand launch of a support aircraft would be deemed impossible, The Guardian could provide a near instantaneous "eye in the sky."Orginally conceived by me for a 10th grade science fair project last year, I started off with the baics, working mostly just to prove my concept. Pics under my profile......Primary propulsion is a G80 rocket motor, and then once in the air, wings unfold and it becomes a normal electric powered glider. At that point it was only RC with no onboard camera due to "funding" restrictions.In 2007-2008 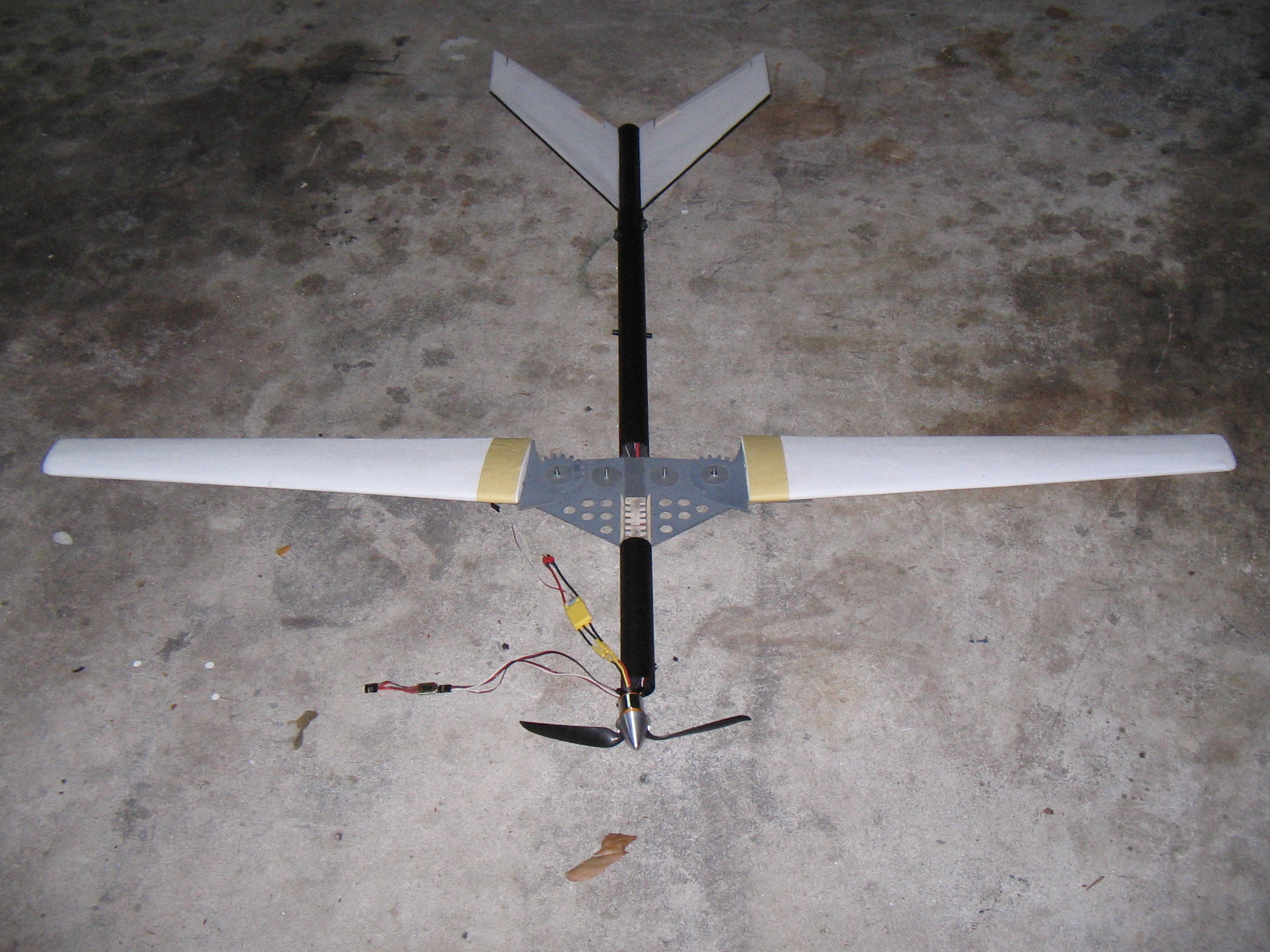 However this year, working with a Lockheed Martin Engineer as my mentor, I optimized my aircraft by applying math to my design. Wings became high aspect ratio and fins changed shape and grew in area. With design changes made, I moved on to how to actually make it. Utilizing AutoCAD and Solidworks I designed many of my components in 3D to be cut by CNC routing, a vast improvement over the Scroll Saw that I had used in the previous year.In 2008-2009 Other improvements include 99% composite construction for durability and strength. The wings and fins were all covered with lightwight fiberglass cloth and have internal Carbon Fiber stiffeners, a lesson I had learned the hard way after the fins on a flying prototype "dissappeared" when they only had a small carbon support on the leading edge of them. <</body>As for the electronics, the Guardian will be carrying an autopilot and wireless camera system this year. *knock on wood* I settled on the KX171X 900mHz 500mW Aerial Video System for RangeVideo and placed the order about a month ago, but the components have yet to arrive. So until they do I'm at a stand still except for flight testing which I should be conducting next weekend with high hopes. (videos soon after that) Working with the camera I have the RVOSD as a HUD for FPV flying. Then on autopilot duties I will end up using the RVOSD until my ArduPIiot has arrived and is assembled ;) 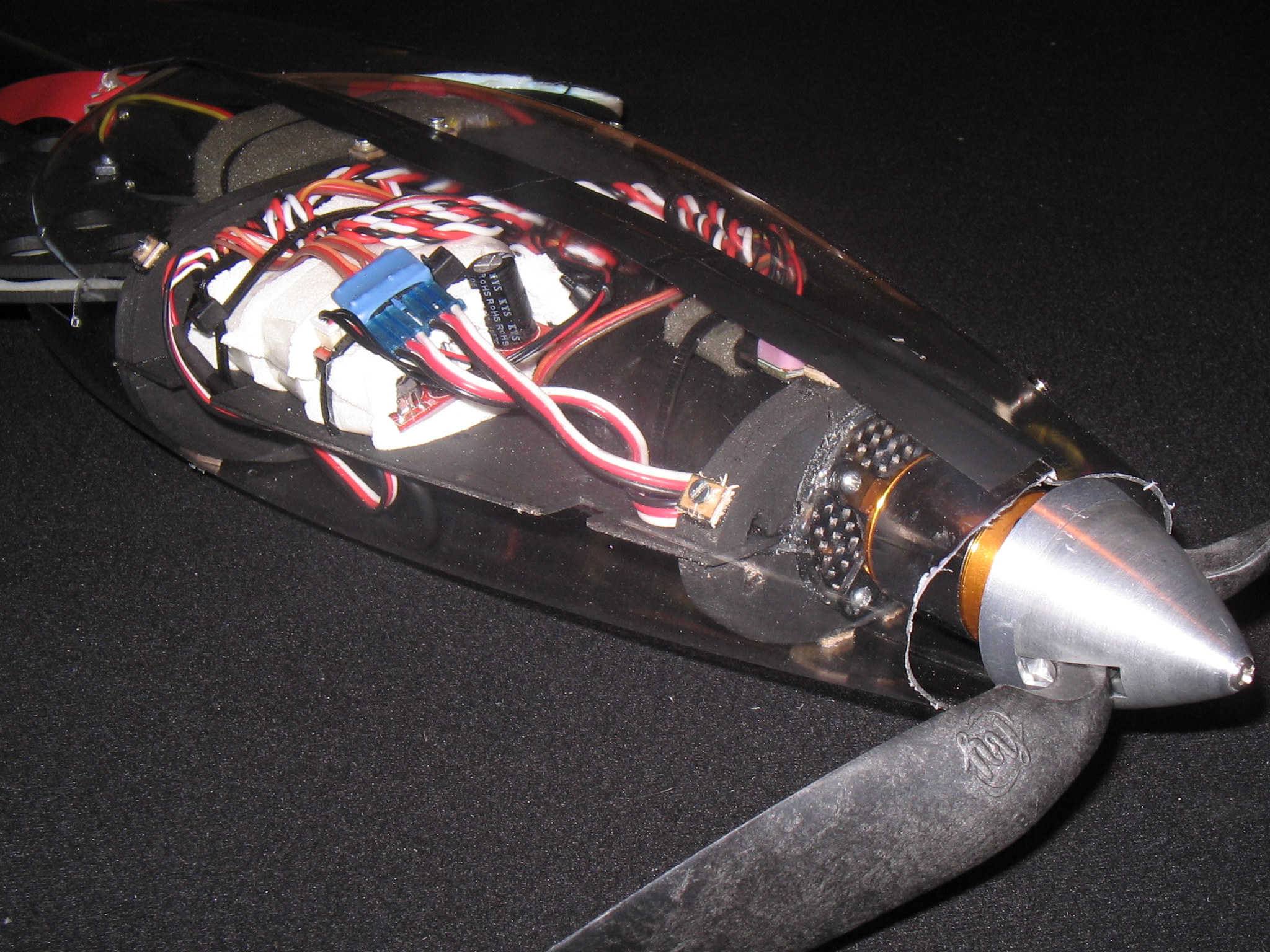 Hopefully within the next couple of weeks I'll finish up my testing and post so vids of it in action. After that its science fair in February, and I have my sights set on International Level at INTEL ISEF and try and win back some of the money I have put into this project :)Any feedback and recommendations are graciously welcome, as I will most likely due a continuation next year to finish my highschool research and maybe even take it to college with me...Cheers,Julian
Tags: 20, fair, guardian, rocket, science, swing, wing
E-mail me when people leave their comments –
Follow