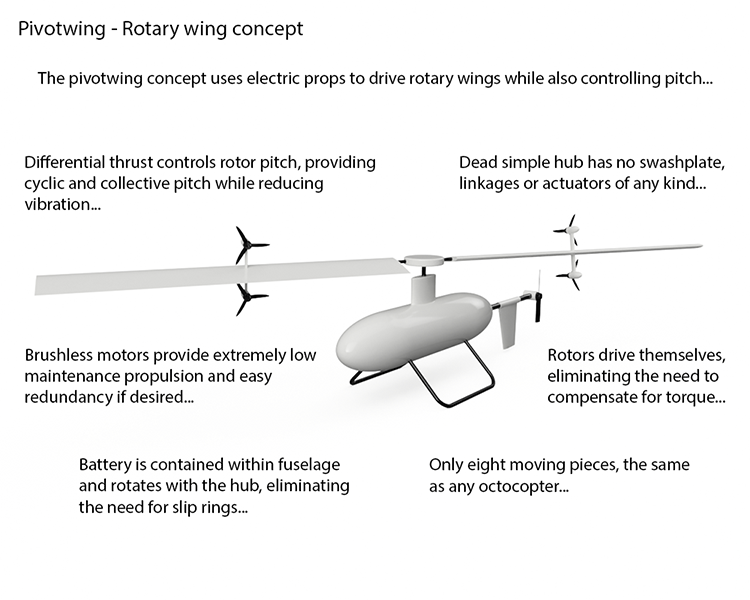 Hello everyone, I have posted about this idea before in the form of an aircraft which could transition between vertical and horizontal flight.  While I believe it is possible, especially in the form of a flying wing, the response I have received from this site as well as other sources indicates that most observers have serious doubts.

I have decided to focus on non-transitioning embodiments to eliminate that doubt for now, and hopefully get some feedback on the concept as a purely rotary wing airframe, the helicopter.

What is the point of this weird helicopter?  The goal here is mechanical simplicity, turning a mechanical challenge into a software challenge.  This is why multirotors are so popular.  They are mechanically simple, and the rest is configured and reconfigured with code.  The code can then be copied, altered, provided at little or no cost, and never wears out or needs replacing.  The above concept would require eight moving parts.

This idea would require only three positioning sensors, one for the main shaft, and two for the rotors, and these can be simple rotary position sensors or IMUs which evaluate their position in relation to each other.

I would really appreciate any feedback or ideas anyone might have about this.

Thank You, and Happy Holidays!