As drone shows are becoming more accessible to event companies because of the maturing of the technology and the controlling software being even more easier to use, many event companies are considering adding drone shows to their portfolios. Many companies that already have running business in the field of event management, might have the means and technology to do fireworks, laser and other show technologies. Therefore a request to integrate drone shows into the existing ecosystem seems entirely logical.

To provide a solution for these requirements, three milestones must be completed:

In order to achieve a synchronised start of the drone show and launch of the fireworks and to add a nice celebrating mood to the venue, we decided to add music to the show and sync the movements of the drones and fireworks shots to it.

As the whole process is complex and involves different industries of the show (like animators, pyrotechnics and drone specialists) we decided to split the work into smaller tasks to ease the planning.

To achieve the first milestone all the involved parties had to agree on how they would communicate the timecode and what timecode standart will be used.

The initial Timecode support for Drone Show Software was designed with a specific hardware - FireOne TimeMachine in mind. This industry leading device is fully supported for use with Drone Show Software and can be integrated with other Timecode reliant hardware as well. The most common use for this TimeMachine is in case that a show must be started based on a Clock as the machine features a GPS receiver to get exact time.

In this case the goal was to synchronise all the involved system launch and exact clock time was not critical. Therefore it was decided to use a PC with a professional audio interface to transmit timecode. A software (ShowSim 3D) on the computer would generate the Timecode and any Timecode reliant hardware could be connected to the multi-output audio interface.

The additional benefit of this configuration is that it allows more flexibility - any involved device can get the Timecode in its required format, be it fireworks, drones, lasers, fountains or other. 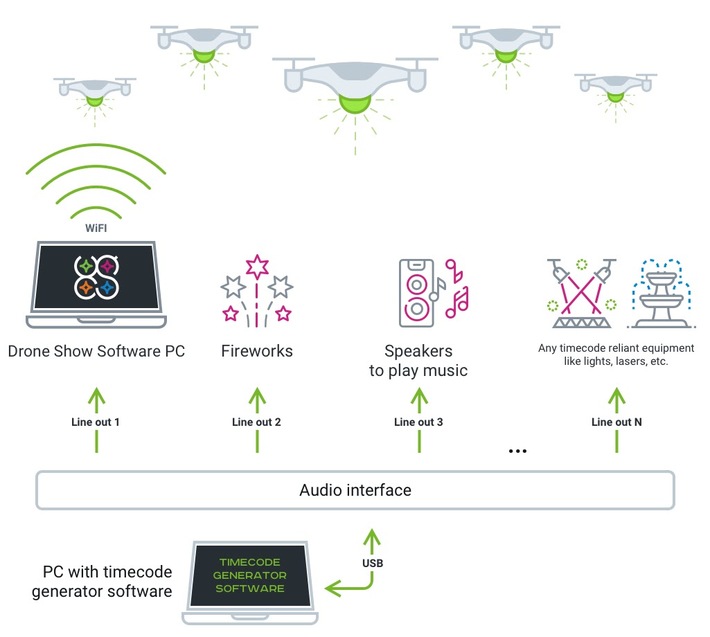 Another task to complete was to decide on exact music that would be played during the show and what the drones would display in the sky. We decided on a celebrative audio track: https://audiojungle.net/item/victory-day/24011338

Meanwhile the animators were doing their job and making sketches of show scenes that would be displayed, the ideas included: 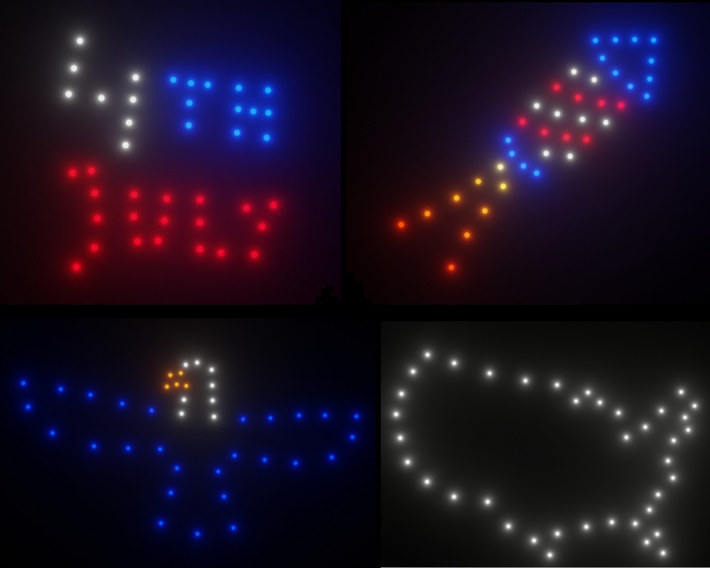 Then with the finished animation ready, the fireworks technicians planned the timings and pyro shots that they will use and set up a timecode track.

Meanwhile the drone engineers were developing a triggering solution to trigger the electric match igniter from the drone flight controller. It was decided that the easiest way to trigger the charge would be using available PWM based drivers where input would be 4S (14.2V) from drone battery and PWM signal from flight controller servo output and the electronic match would be connected to the outputs. 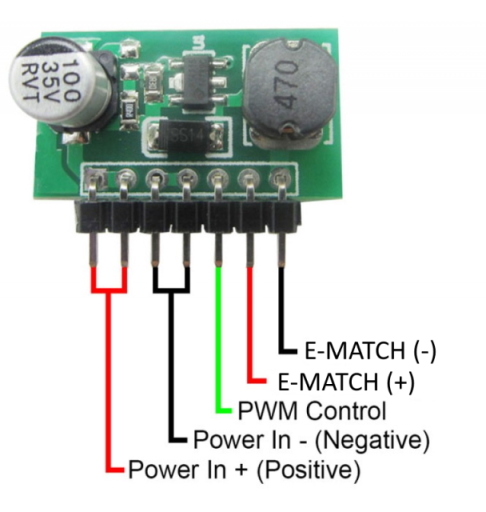 To position the fireworks charge on the drone a 3D printed holder was designed to hold the charge. In the picture - neon green pyro holder and on the right is the PWM driver: 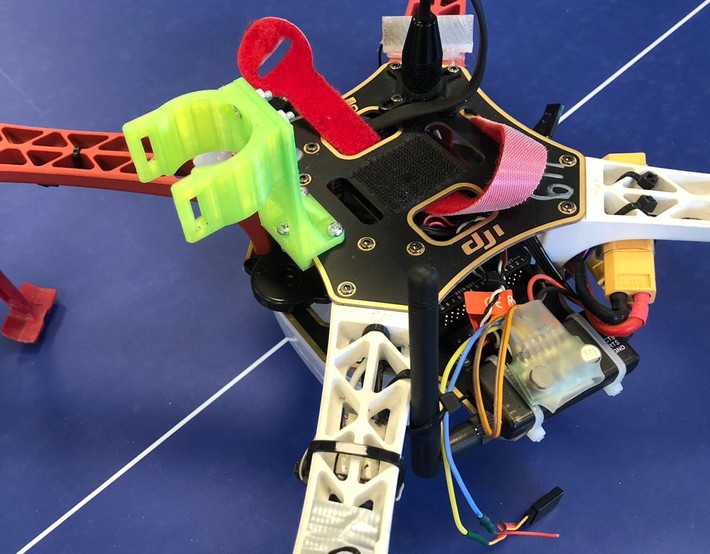 With the holder and triggering system ready, drone team would do a pre-show - fly the whole animation started with the help of timecode to verify the following aspects of the process: 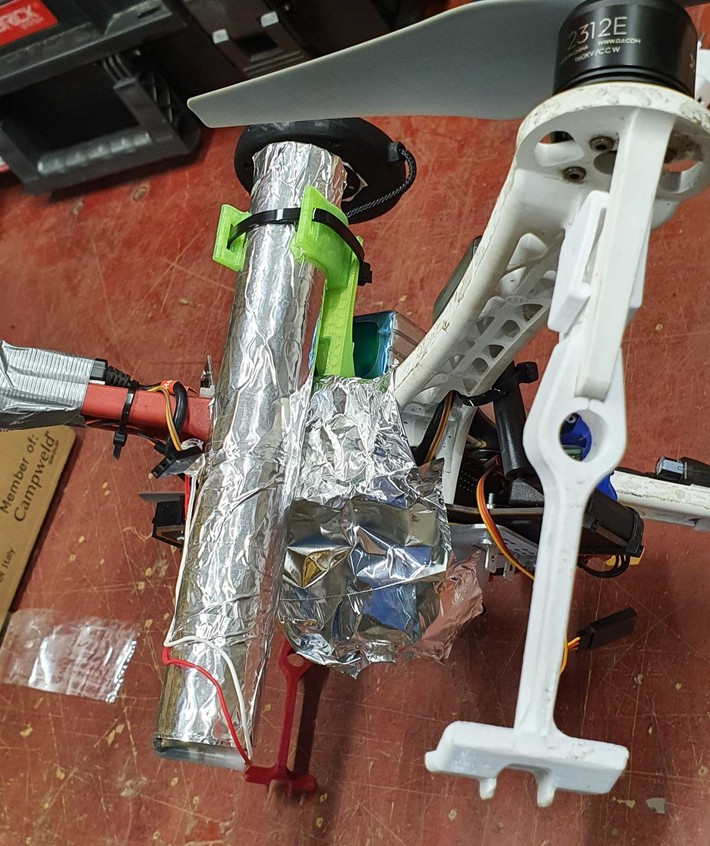 After a successful pre-show everything is ready for the actual venue. We decided to celebrate the US Independence Day with the show (therefore the symbols and music). And here is the final result: