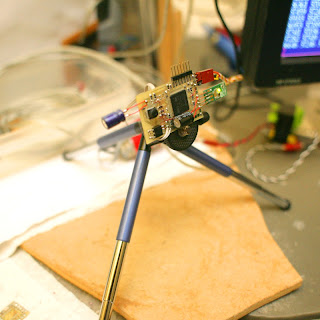 Stepped the wireless down to 11megabit & the range definitely increased.  It uses a lot more power because the transmitter is on longer, but the penetration is much better.

Found another 64k of RAM on the STM32F4.  It's the fabled core coupled memory, bringing the chip up to 192k.  That increased the framerates.

The trick with the core coupled memory is it can't be accessed by any peripherals.  The network now needs a memcpy.  The mane benefit is there's enough RAM to have the largest buffers, all the time.  The camera can be in 320x240 greyscale for navigation, than briefly switch to 640x480 color for a photo, without having to shuffle buffers around.

There are also 320x480 & 160x240 modes.  The theory with this is a rolling shutter camera can be used in pushbroom mode, capturing a wider field of view by compressing the vertical lines.  The resolution becomes equivalent to 2 320x240 images stacked on top of each other.

The camera was damaged from pointing at the sun.  It didn't generate hot pixels, but made areas more blue.  Between hot air melting & sun damage, it's real fragile.

Spending 2 days optimizing different video modes was a waste, but it might have come in handy for any job interviews.  Times have changed.  Job interviews today are straight programming tests from Google's interviewing style.  They're not interested in applications, but very specific knowledge about a programming language.  Google is presumed to be the handbook for everything.

The tasks of PWM, battery sensing, & magnetometer reading, which are the bread & butter of aviation, sure look mundane once you get video going.  The STM32F4 makes life a lot easier with pullups on all the GPIO pins & 2 32 bit timers, allowing 8 channels of 200 Hz PWM with no funky interrupt handling.

The magnetometer used in Marcy 1 & Marcy 2 was a freebie AK8975, which came at a cost.  It's sold in 32 piece minimum quantities & costs $6.  You're looking at $200 just to get started.  Almost anything is cheaper.   The HMC5883 is $4 & has an I2C interface.  It's most certain that every production run of Marcy 2's would have completely different parts.


There's actually a chance video could do the job of the magnetometer.  To be sure, Chinese toys have used video of sorts to stay in a certain horizontal position forever. 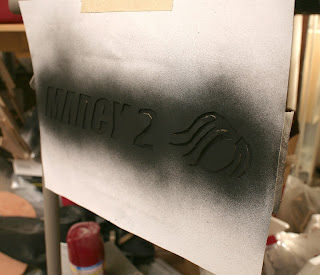 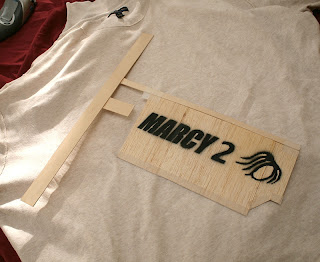 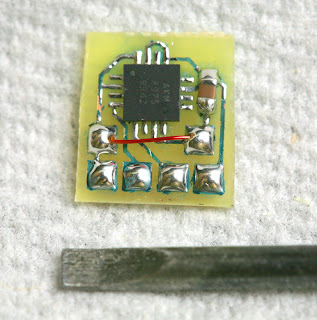 It's been ages since I ever removed the photoresist or actively tinned anything.  Tinning would definitely make it heavier. 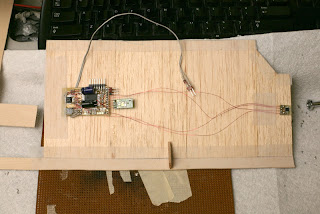 That is a heavy board.  The bottom of the camera faces the leading edge, so the scanlines cover a longer distance than a single frame.

This arrangement immediately caused the RF emissions to crash I2C. 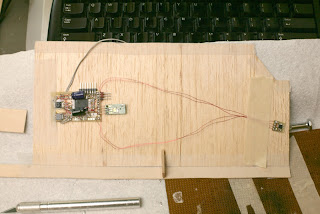 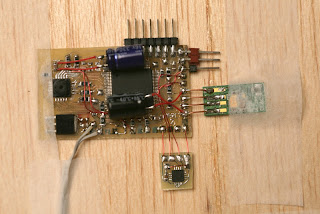 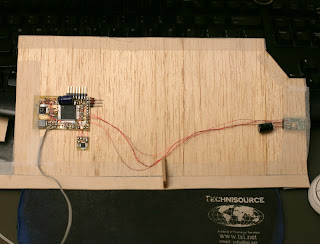 Various attempts to defeat it failed.  Lower pullup resistors on I2c, routing the I2C away from the wifi, moving the wifi away from the motherboard didn't work.  It's just going to be limited to 40 samples/sec by the RF.  The same thing happened on Vika 1 with the XBee.

Marcy 1 needed 112 samples/sec & got that with a long I2C cable, but a very low power radio.  Cell phones must have a lot of shielding between their I2C sensors & the RF.  The AR drone has the Wifi on the opposite side as the analog sensors.

Seem to recall having a dream about fixing I2C on this board.