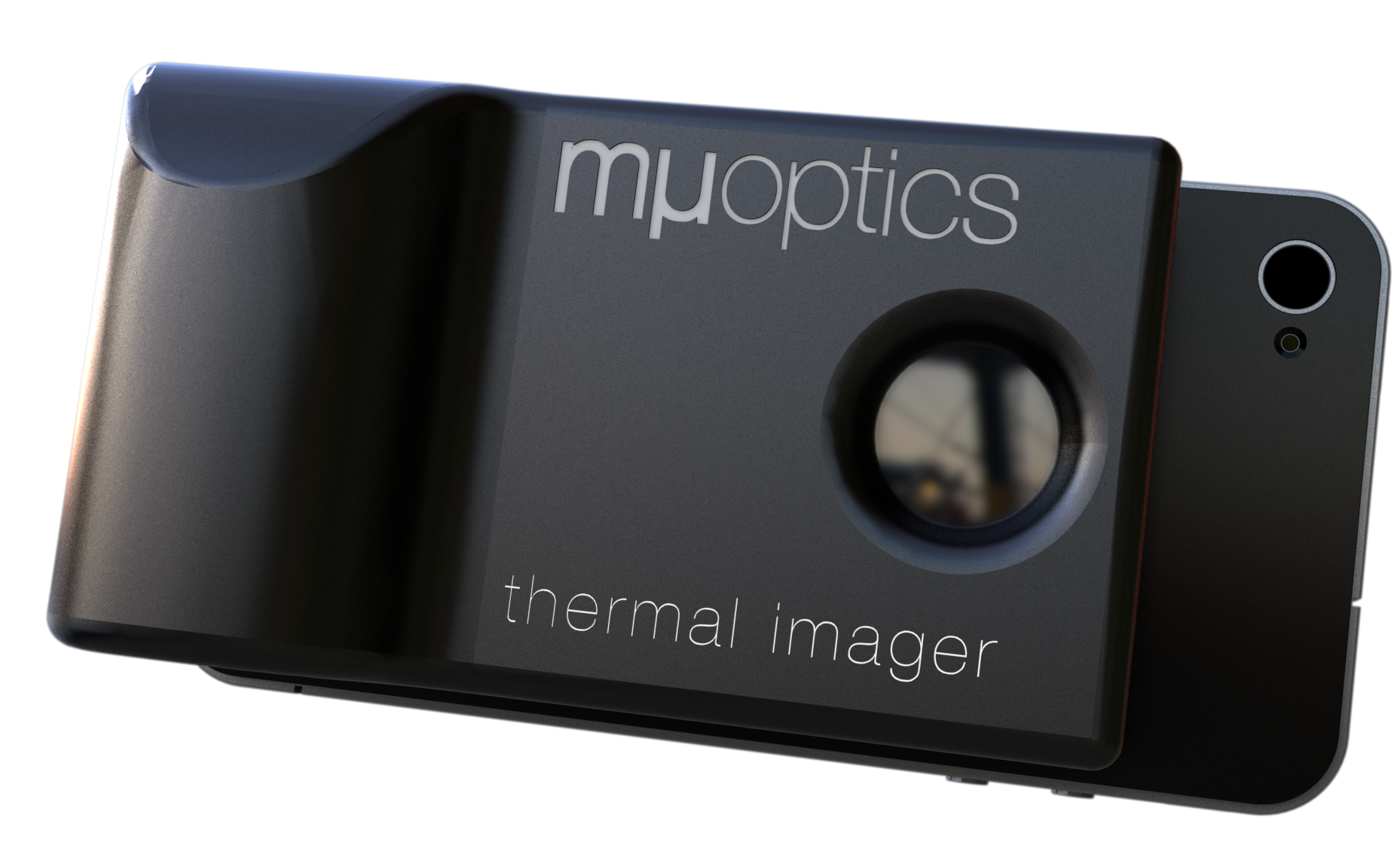 From Hackaday, news of a new Indiegogo project to produce a real IR camera for less than $300 (although it needs an iPhone/Android smarthphone, too):

These devices normally cost a few thousand dollars, but the team behind the Mu Thermal Camera managed to get the price down to about $300.

The basic idea behind the Mu Thermal Camera is overlaying the output of an infrared thermopile – basically, an infrared camera – on top of the video feed of a smart phone’s camera. This is an approach we’ve seen before and something that has even been turned into a successful Kickstarter. These previous incarnations suffered from terrible resolution, though; just 16×4 pixels for the infrared camera. The Mu thermal camera, on the other hand, has 160×120 pixels of resolution. That’s the same resolution as this $2500 Fluke IR camera. After the indiegogo campaign is over, the Mu camera will eventually sell for $325.

We have no idea how the folks behind the Mu camera were able to create a thermal imaging with such exceptional resolution at this price point. The good news is the team will be open sourcing the Mu camera after their indiegogo run is over. W’e'd love to see those docs now, if only to figure out how a thousand dollars of infrared sensor is crammed into a $300 device.