I just finished building a tilt-rotor quadcopter. I started the project about a year ago, starting with a 3DRobotics quad frame to learn the ropes. At this point, the only thing that remains from the original quad is the APM and ESCs.

I planned to add wings on the arms to allow the quad to generate lift while flying forward, but I haven’t gotten around to trying that yet. The original design also had four servos so each arm could tilt independently, but that ended up being too heavy and too difficult to synchronize the servos, so I ended up changing it to have just one servo in the front and one in the rear. This lets the quad fly forward/backwards without having to pitch forward and allows for differential control of the two servos to control pitch in forward flight.

The main drawback right now is that it's too heavy. For the next version, I'd like to reduce weight and streamline the design. I'll probably replace the wooden frame with carbon-fiber, get rid of the wheels, and use the space inside more efficiently so I can fit the APM and an FPV system inside the body. Below are some videos and pictures from my build. This is my first blog post on diydrones, so I hope you like it!

Here's what's on the inside: 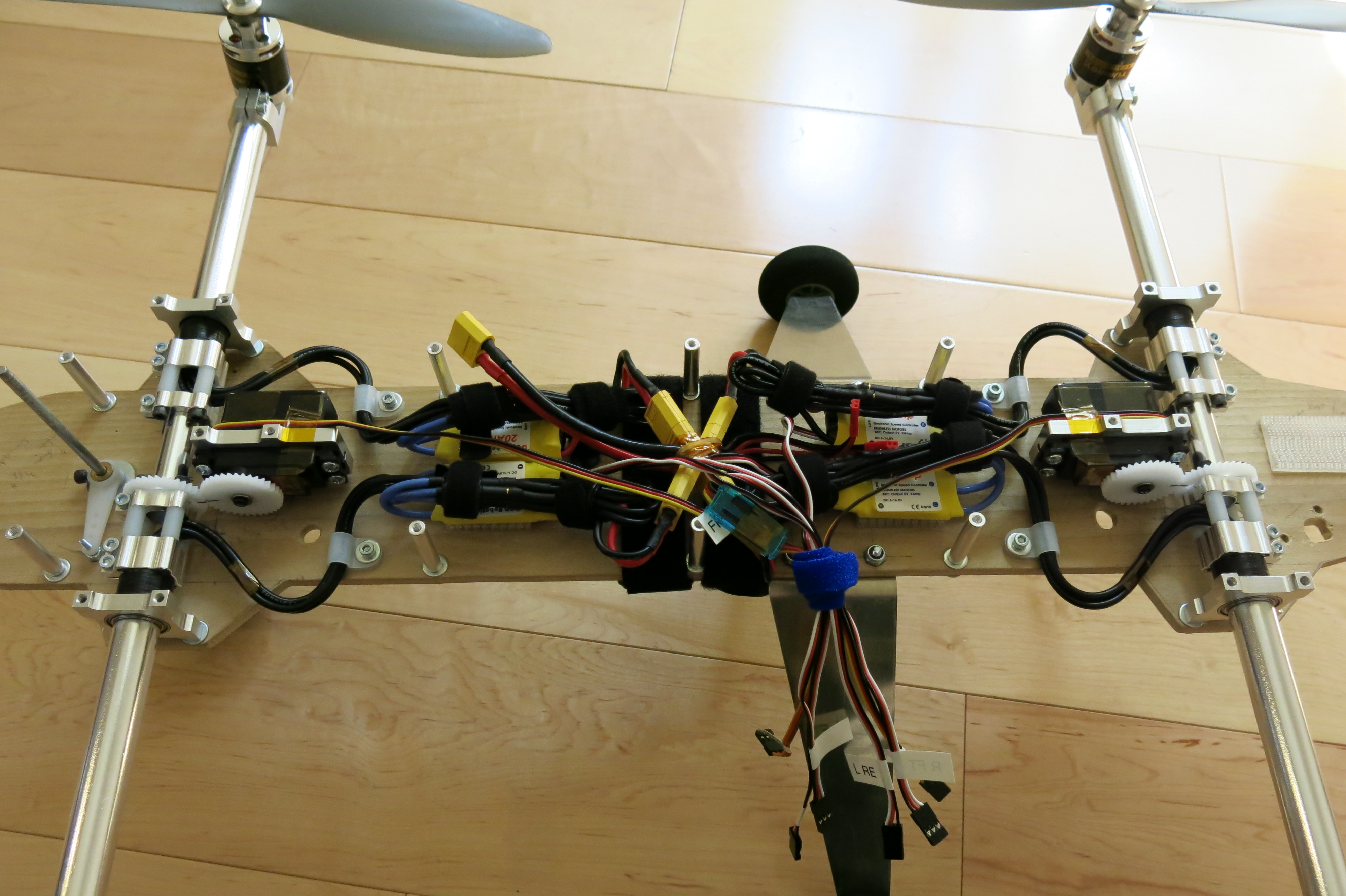