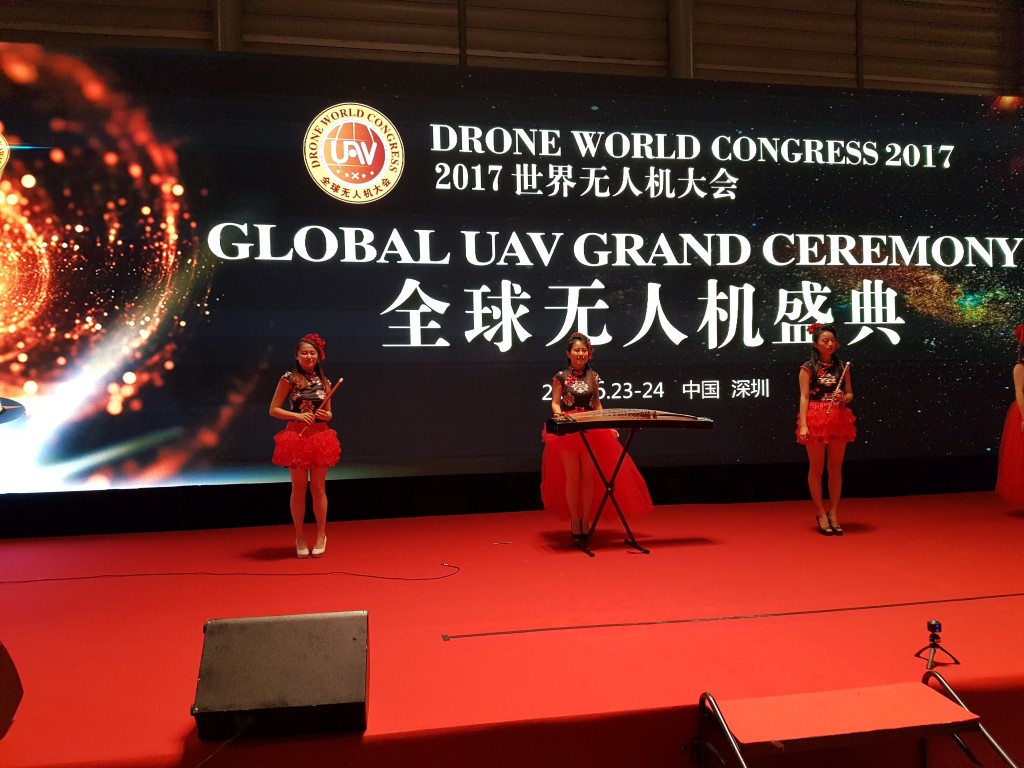 On last Saturday 24th Jun 2017 on Drone World Congress ArduPilot and Jani was awarded: “In recognition of outstanding contribution to Global UAV Industry” in Shenzhen/China. This is extremely big recognition for the work that we have done under ArduPilot operations in past 7 years.

It was extremely great day for me in many ways. One is that 24th June is a Jani name celebration day in Finnish calendar and then receiving this award. Second is that finally the work we have done as a ArduPilot group and also me personally in Shenzhen area got official recognition.

It all started here many many years ago when we started ArduPilot development and especially ArduCopter project in DIYDrones community. Now ArduPilot runs on it’s own organization and is leading the way in global unmanned development. There are no words to express the gratitude and loyalty we have gotten from our users.

On October when I was Leading whole ArduCopter development, we released our first official Alpha version. A lot has changed since that ingroup and intechnology vice. While I do other roles in ArduPilot organization, Randy is nowadays running ArduCopter development and he's been doing a great job. 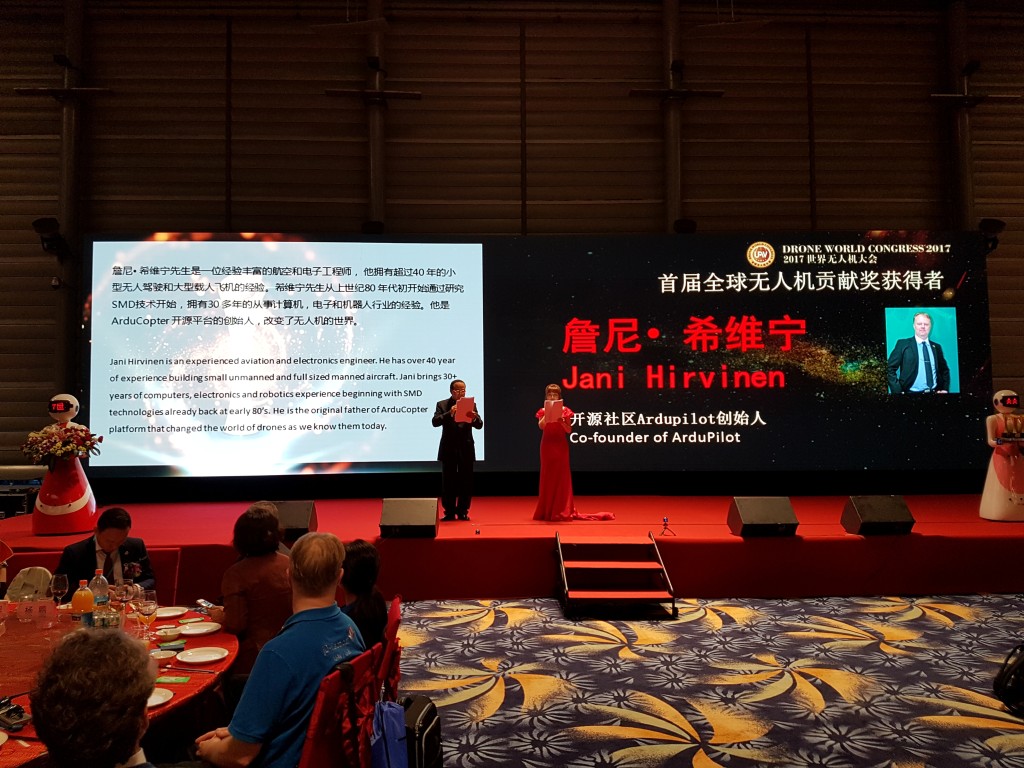 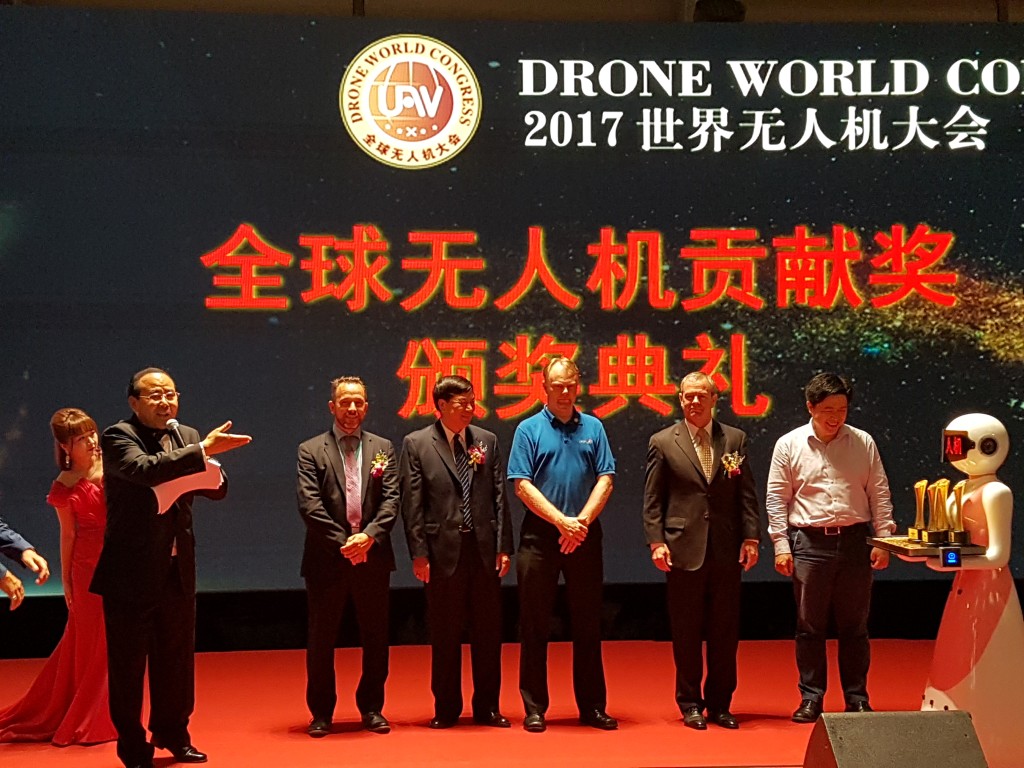 People who got awarded are from left to right:

Award gala dinner had around 2000 people from 40 countries. And as it was a unmanned event, awards was delivered by humanoidish robot servant.

As side note, Keynote speakers earlier on day talked about robots and that they don’t have their own mind, well this robot had a bit. First she didn’t want to move and then later she didn’t want to stop so our host had to “educate” it slightly via control panel. 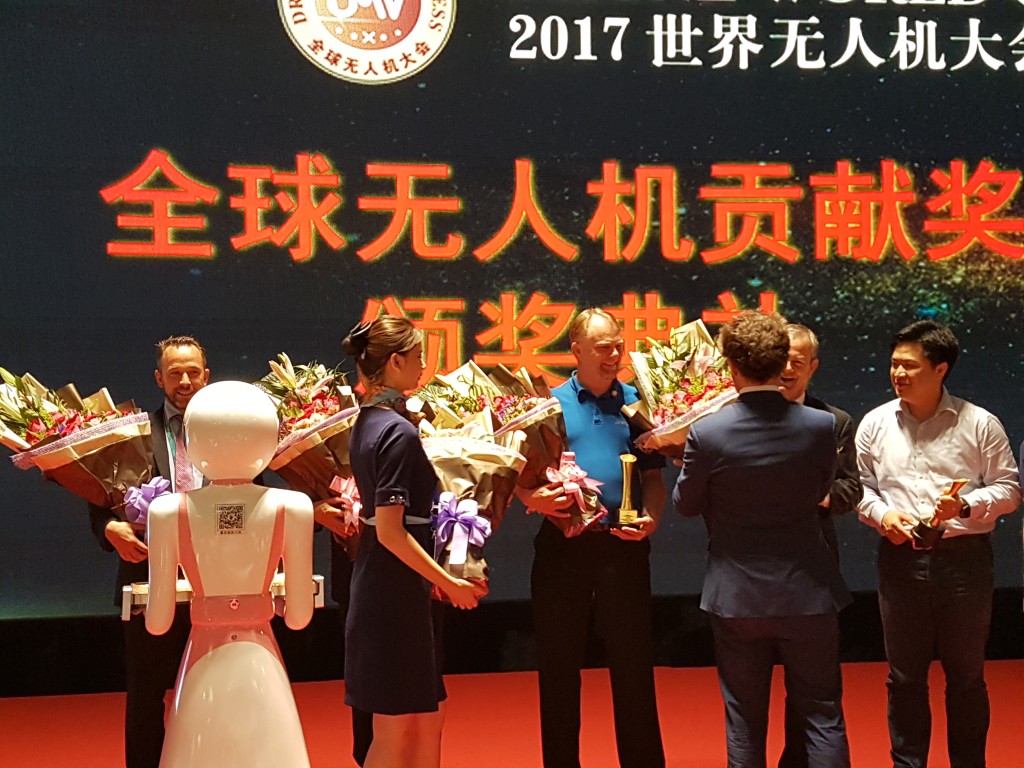 Mr. Richard Chase from Global Security Industry Alliance (GSIA) congratulates all award winners and gives that crazy size flower bouquet. (and laughing, have fun with it.. It’s Biiiig). It was really big and beautiful. 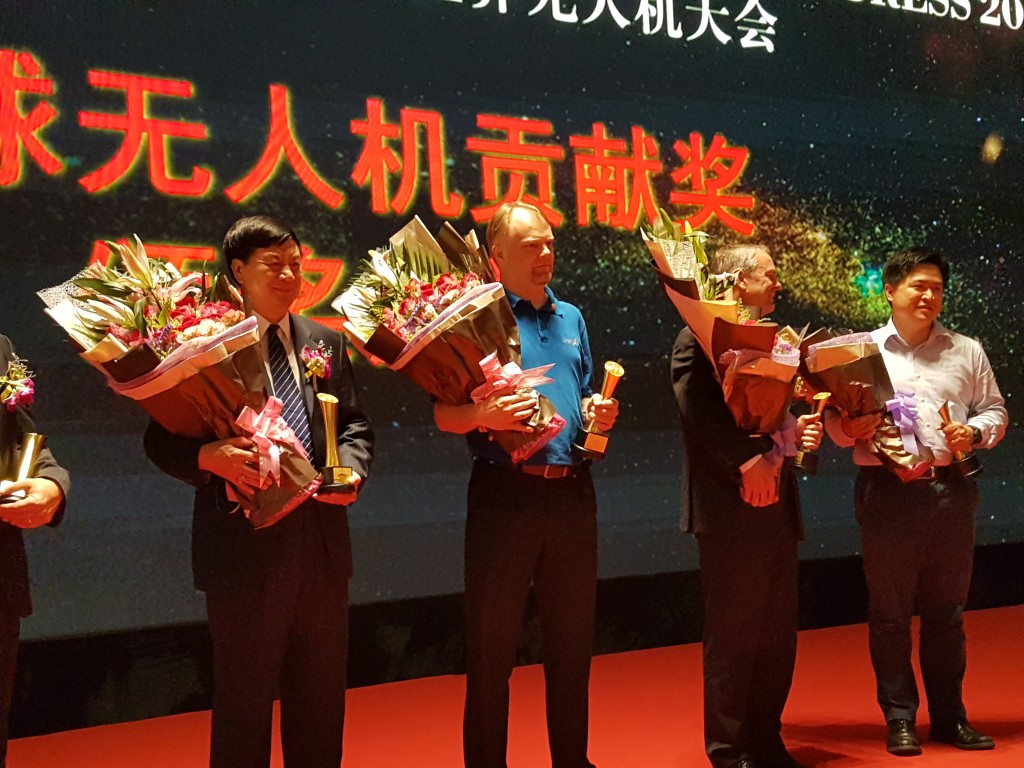 Whole even happened at Shenzhen International Exhibition center along with Shenzhen UAV show. On show they had from small to really big Drones, that will be on another post later. But WOW there was some really big multicopters and others.

Biggest quad that I saw was most likely 5 meters from motor to motor.

Organizers SZUAVIA placed all key people on ShenzhenAir International Hotel which is themed fully around aviation. Their lobby bar was named after the famous Wright brothers as Wright Bar. 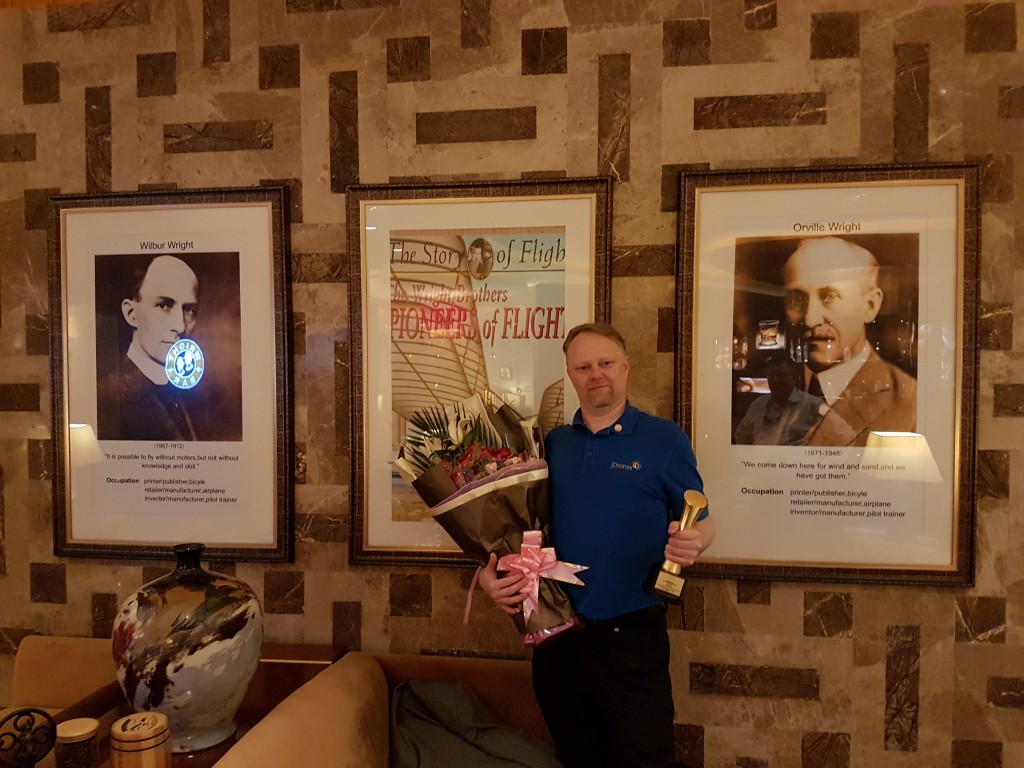 Shenzhen UAV Industry Association (SZUAVIA) is few year old association that promotes and helps UAV industry in many ways on Shenzhen area. They have really good contacts on the industry and we will be hearing a lot more in coming years from them.

There are big initiatives to make Shenzhen as a center of global UAV industry. 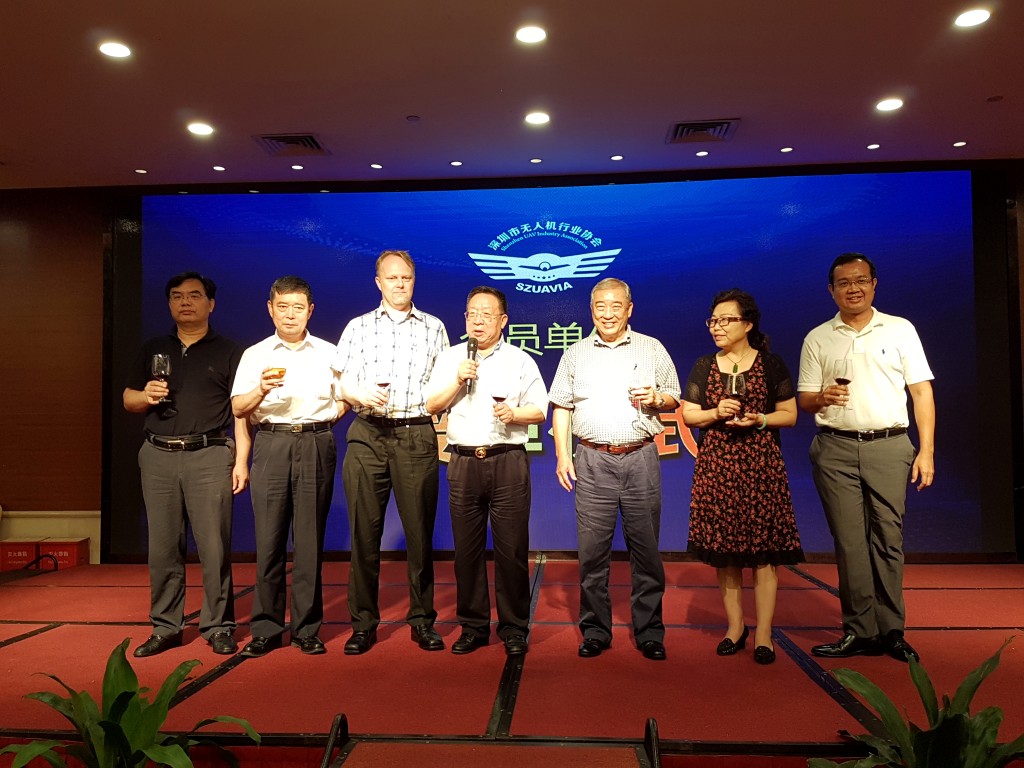 My deepest gratitude for Mr. Jincai Yang (with mic) who is a President of SZUAVIA. He has been doing great work in rather small period of time and I personally hope all the best for his future plans. They just have one amazing team who organized whole 3 day event with big amount of interesting local and global speakers. I was honored to be one of those speakers on their event.