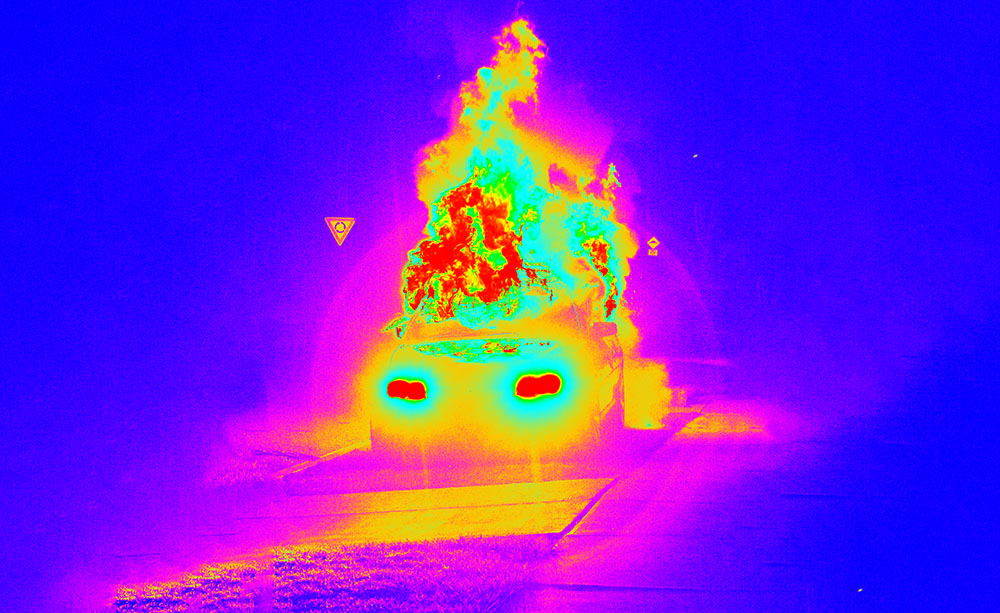 Drone technology has witnessed a rapid maturity curve - with regards to not only hardware and software technology but also the use cases across industries and sectors. Consumer drones have gone past the typical use in film production and recreational uses. These prosumer off-the-shelf drones are now solving complex business problems - for example, in logistics, drones are being deployed to do last-mile delivery, managing inventory, and conducting security patrols.

In this blog, we will specifically focus on thermal imaging drones and the related use cases. Let’s start with an introduction to thermal imaging, understand how it works and how it might be used, via different drones and cameras, for commercial applications.

The ability to let people visualize what their eyes cannot, have led to the popularity of thermal cameras for conducting inspections and patrols. Owing to the invisible heat radiations emitted or reflected by all objects, such cameras record and produce an image of any object having a temperature above zero without the need for visible light. The hotter the object, the brighter it will appear in the thermal image (you can choose the color pallet accordingly).

Thermal imaging has therefore been known to offer superior protection in demanding conditions. Some of the prime benefits include:

Drones with thermal cameras have resulted in unparalleled flexibility for many businesses that require constant protection against potential intruders. Adding a thermal camera as a payload, allows operators to view thermograms in real-time, with the ability to immediately identify objects from the radiation emitted.

Some of the key factors to take into consideration while choosing an appropriate payload aligned for business include:

Here are some recommended payloads:

Apart from having a fast turn-around time, drones are pocket-friendly as compared to installing thermographic cameras at several locations in the property with a higher possibility of blind spots. Some of the cost-effective drones that could quickly cover the entire facility and be used 24x7 for monitoring include:

Use Cases of Thermal Imaging Drones

Aerial imagery is the primary application of commercial drones; with a thermographic camera, drones can further add value for various enterprise applications.

More recently, during the outbreak of COVID-19, thermal cameras were widely used by the public safety authorities in many countries to detect infected people by checking body temperatures. Thermal drones were also used to identify people defying lockdown rules or social distancing guidelines imposed by many countries especially at night.

Why use FlytNow for Automated Night Surveillance

An ideal solution due to the following capabilities: