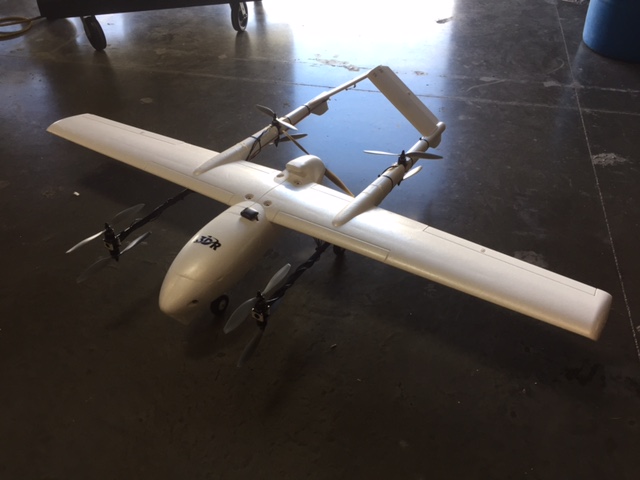 I have been working on and off towards a VTOL aircraft for a few years now. All of this work has been kept off of the record, but I had the very first successful VTOL Flight and transition with this aircraft yesterday and am very excited to share these results. This method of VTOL is not a new concept, and was mainly inspired by X-planes of the past and the more modern Latitude Engineering's Hybrid Quad Rotor UAV.

Separate Lift & Thrust VTOL Aircraft were attempted in the early days of aviation, but gas powered engines and no flight control computers meant that they were unreliable and unstable. Now with the advent of powerful electric motors and advanced flight controllers like the Pixhawk, we are able to make these vehicles practical.

The Aircraft was assembled using the RMRC Anaconda as the base airframe, mated with a 3DR X8+ Power system. While my hardware and aircraft design knowledge is great, I have next to no knowledge of being able to edit software code. If anyone would like to assist in developing code for such an aircraft, it would fulfill the missing piece of the puzzle. Ideally for VTOL aircraft to be completely practical, the entire flight with transition and back should be automated and not rely on piloting skill.

I hope you all enjoy this, I will try to make more tests and videos as we continue to improve the aircraft-