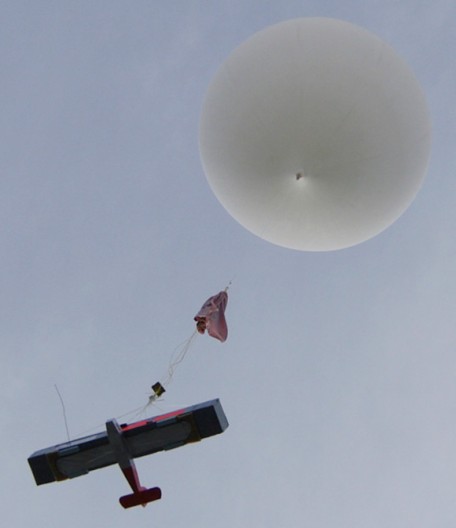 "Three British amateur aerospace enthusiasts have successfully sent a camera-equipped paper airplane to an altitude of 89,000 feet (27,127 meters), where it captured images of the blackness of space before gliding back to Earth. Project PARIS (Paper Aircraft Released Into Space) involved getting the plane into the stratosphere using a weather balloon before letting it go via a release mechanism. " Read more at Gizmomag.

Not a UAV, per se, just a free-flight plane with a GPS tracker. But so cool!