My team and I used the Parrot Disco for a few days of whale and dolphin surveys off the coast of Timor Leste where a cetacean migration event has been going on for the past few weeks. This effort is a partnership between the Unmanned Research Aircraft Facility, a University of Adelaide unit I lead and Conservation International, and supported by Parrot's Educational Program and a local supplier (MongrelGear).

This bird is super easy to launch and fly, as other Disco users have already noted. It is a perfect platform for operating off a boat that was following a pod of dolphins moving at ~8 knots.

We decided to bring it back down after ~15 min of video footage (with ~80% battery remaining). We went for a moving target final approach to land on the aft of the boat, which was maintaining a straight course at ~10 knots. We set up an improvised 'catch net' using a bedsheet for the Disco.

Unfortunately the bird was just short of the target, hit the stern and went for a swim. Luckily we were able to retrieve it, immediately disassembled the entire wing and its CHUCK controller, and flushed them with freshwater. Amazingly nothing was damaged, barring a scratched camera lens and the battery. We only lost the fuselage cover to the sea.

The following day, we treated all electronics (C.H.U.C.K.) and the two servos with CorrosionX. We left only the barometer untreated (well protected under the GPS). The teardown photographs are below. The antenna array is really interesting! 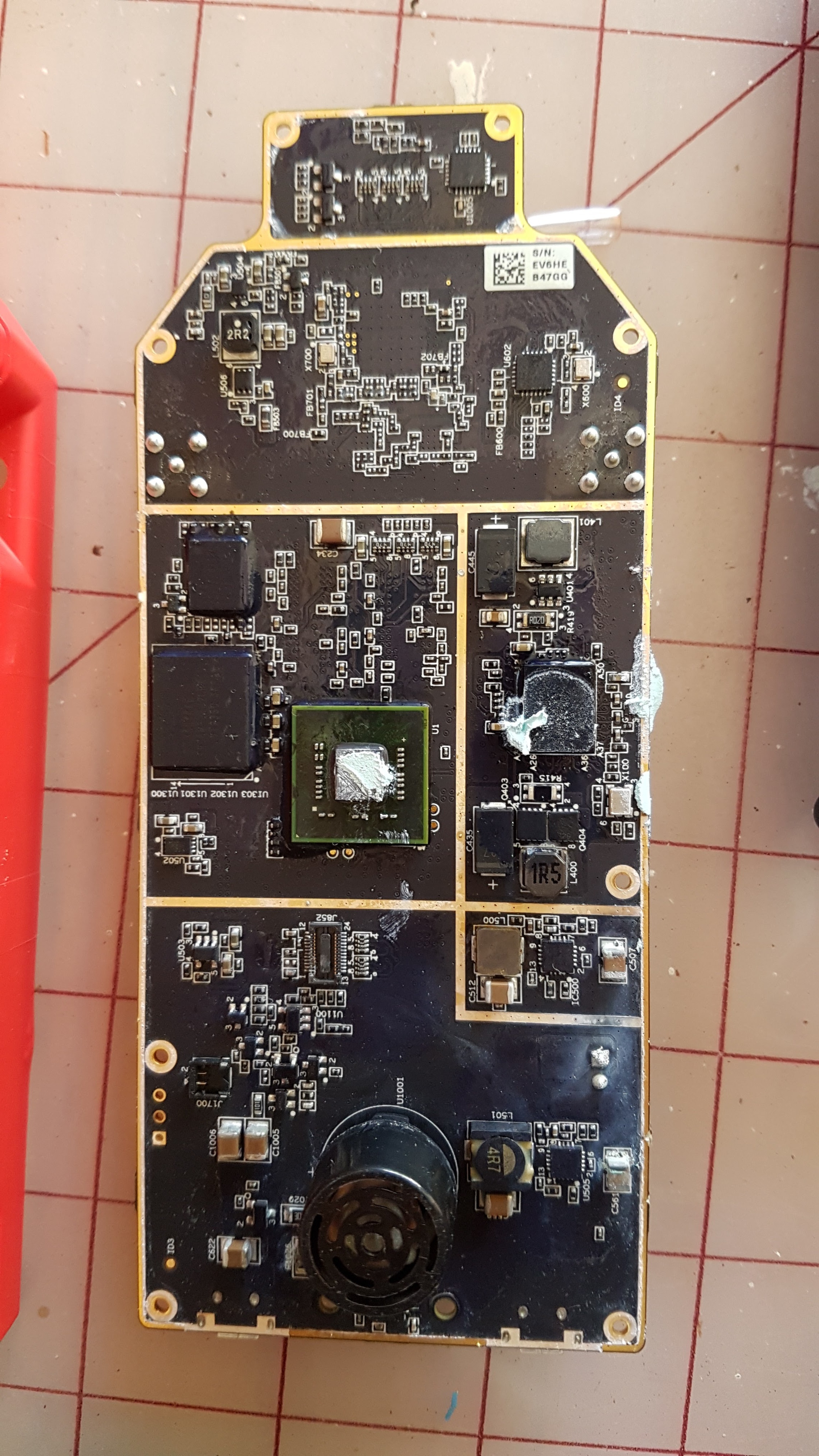 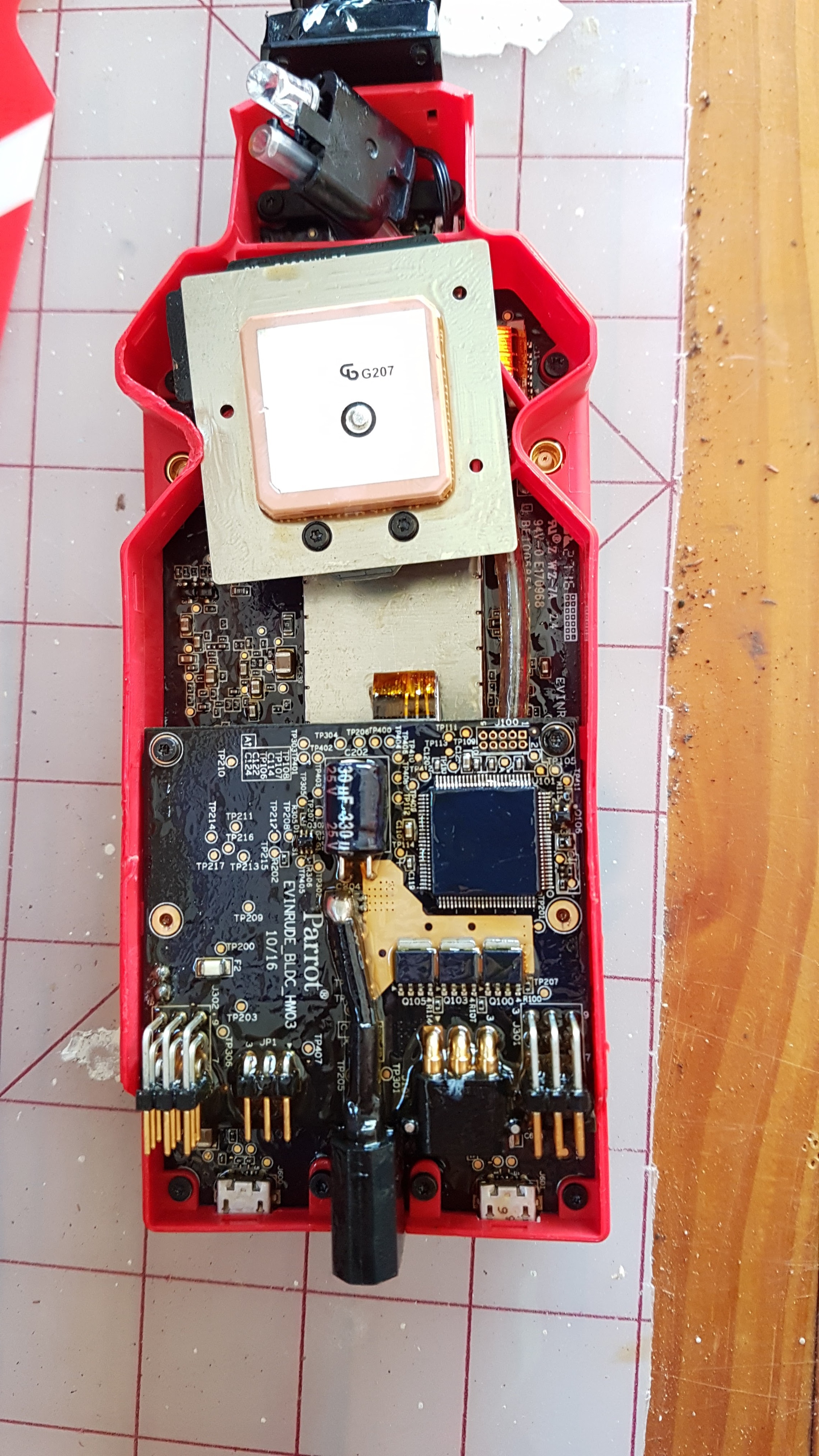 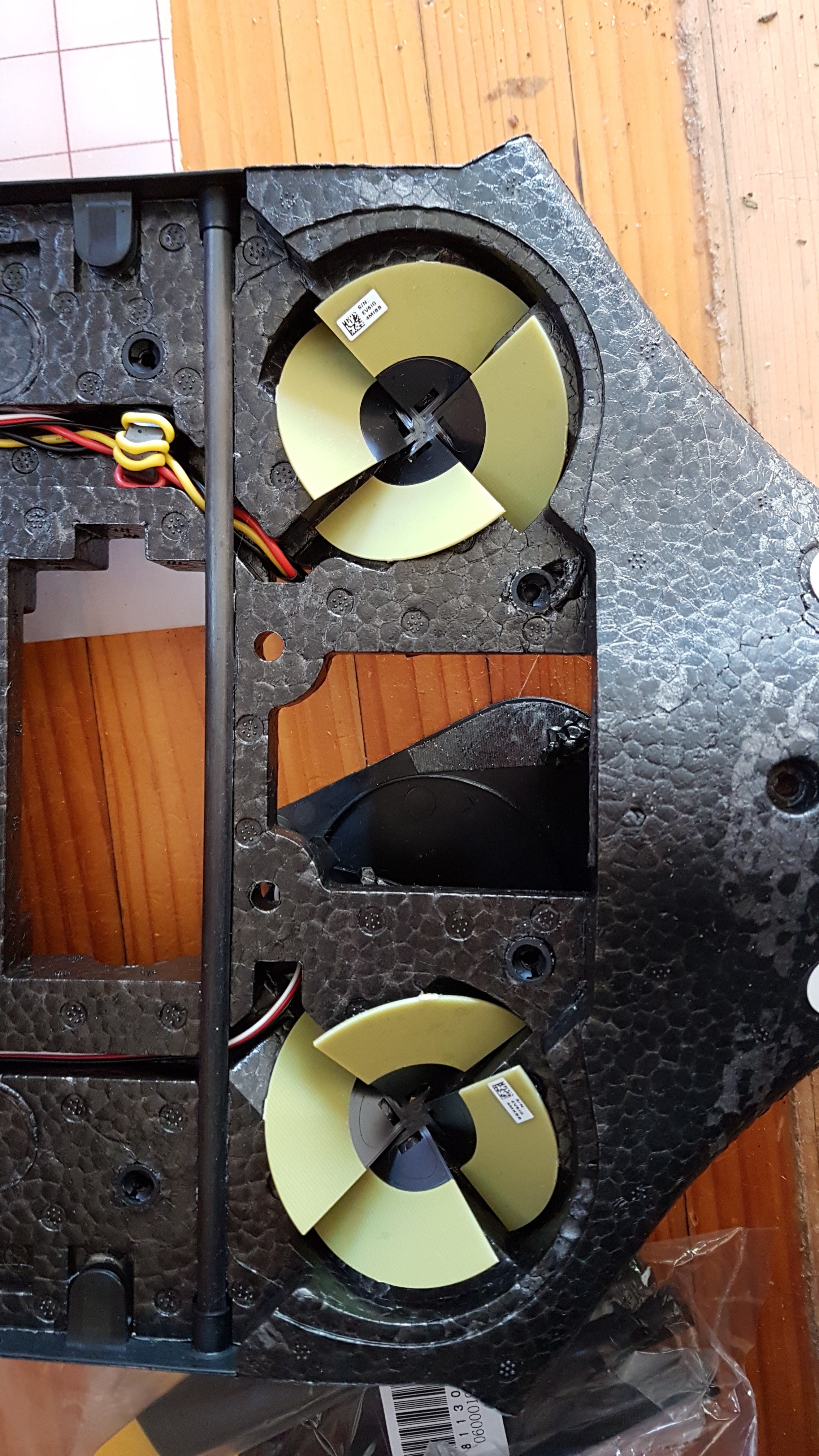