From the University of Washington:

Drones use GPS to find their way without a pilot. But GPS signals can be easily blocked by tall skyscrapers or trees — leaving drones lost.

Now researchers at the University of Washington have developed a new method that gives aircraft a backup system in case GPS fails: An antenna on the ground that can tell a drone where it is. The team successfully tested their system in June.

“Right now GPS is the one ring to rule them all: Without it, tiny drones all the way up to commercial aircraft can’t do their jobs. It’s a huge liability,” said Christopher Lum, a UW research assistant professor of aeronautics and astronautics and the director of the Autonomous Flight Systems Laboratory. “Before GPS was widely used, pilots had myriad other techniques for navigation. Now we need to fall back to some of those older techniques to keep unmanned vehicles like drones in the air without GPS.” 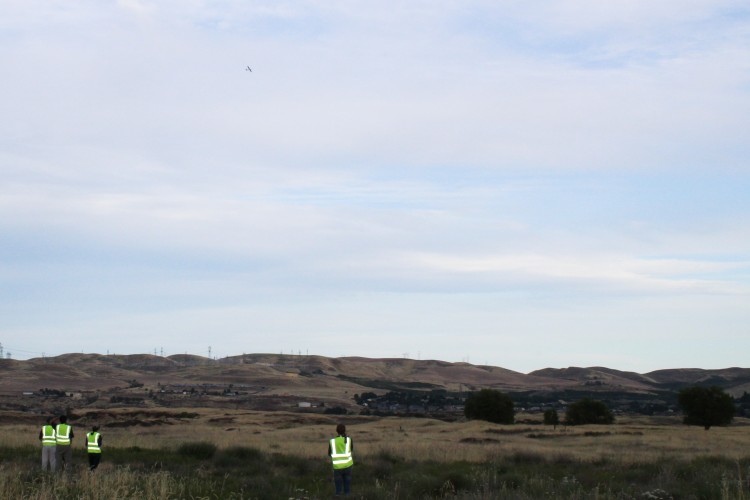 The team’s unmanned drones carry transponders on board that send signals to operators and any surrounding aircraft about their whereabouts. 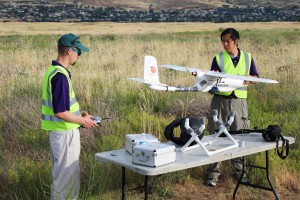 Cory Cantey (left) and Christopher Lum perform a pre-flight inspection to make sure the backup aircraft, Peach, is ready to take to the skies.Credit: Autonomous Flight Systems Laboratory

If GPS is knocked out, the transponder doesn’t know its location, but it will still send signals. So the team used a large ground-based antenna array to pick up the signals and then triangulate the position of the aircraft.

“The ground station is smarter than the aircraft at that point,” said Lum. “We’re just modifying the autopilot onboard the aircraft. Instead of using GPS information to navigate, it’s listening to this message coming from the ground to figure out where it is.”

On June 12, the team tested their system with the antenna array at the Columbia Gorge Regional Airport, just across the Columbia River from The Dalles, Oregon. The drone successfully completed its 1.25-mile flight path without using GPS. The only time it deviated from the designated path was due to wind.

While this is not the first technique researchers have developed to keep aircraft flying without using GPS, what’s new is the transponder.

“It’s the size of a pack of cards,” said Helen Kuni, an undergraduate student at the UW and the director of flight operations for the lab. “And the hardware that makes the system work is extremely simple. It’s really easy to stick it on an aircraft and make it work. It won’t add much weight to a small aircraft with weight limits.” 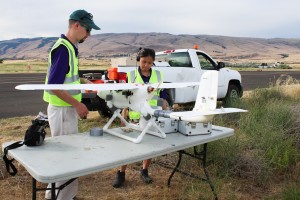 The ground-based antenna system, on the other hand, makes this technique cumbersome. Right now it only works when the team is flying a drone at an airport with that antenna system.

But the team has plans to expand the drones’ ranges. Starting this fall, Lum will partner with T-Mobile to try to use cellphone towers to perform the same function.

“T-Mobile has got that black magic to know where a phone is located anywhere within their antenna array,” said Lum. “So instead of being stuck in the Columbia Gorge region, our drones could use the cell network to get that location information anywhere there is cell coverage. It’s beautiful.”

Once the drones can fly larger distances without GPS, the team hopes to use them to help transport medical supplies to and from rural areas in the state of Washington. 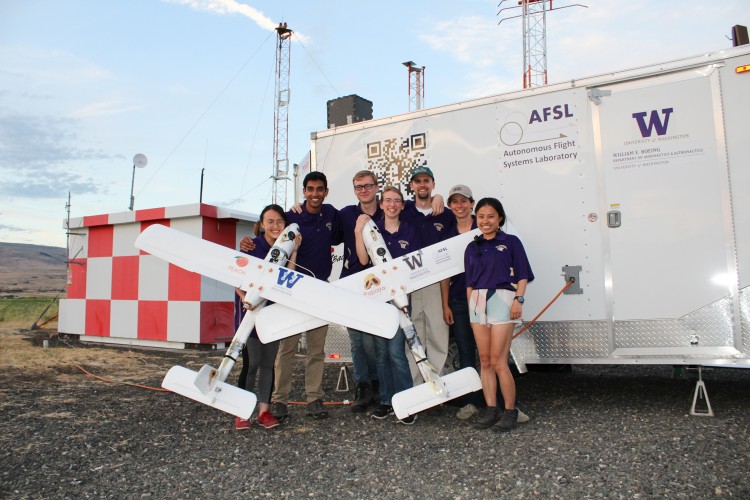