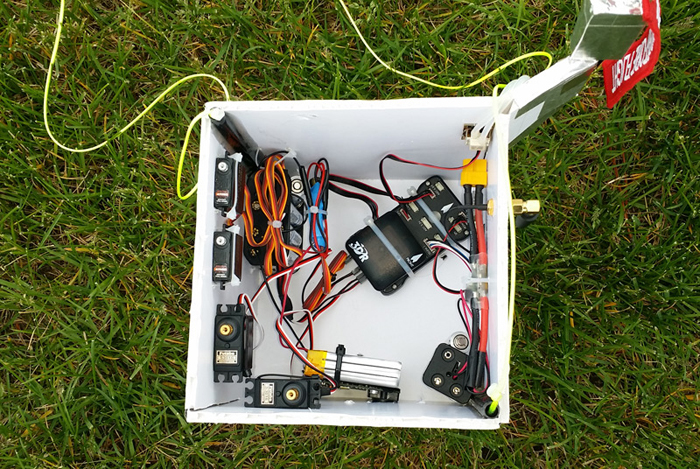 Our US allies at Edge Research Laboratory launched the PRATCHETT payload (above) - comprising an avionics package as mounted in our Vulture 2 spaceplane - from Colorado Springs East Airport. 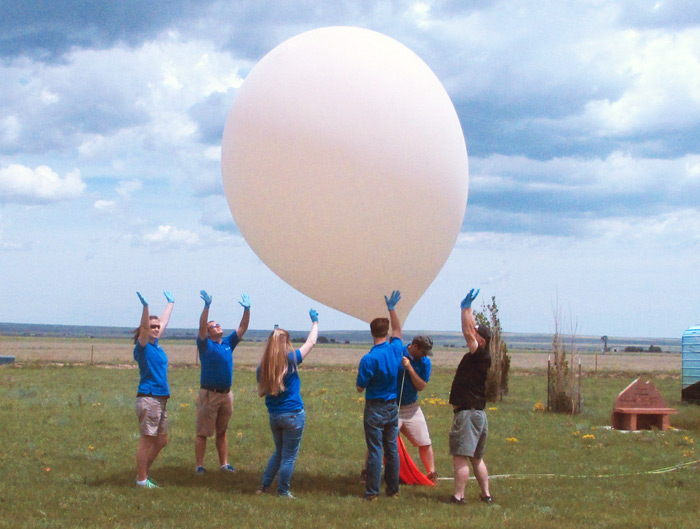 It was another textbook mission by Edge, with the payload coming down some 25km from the launch point, having hit a tad over 31,000m at balloon burst. Here's the flight path on Droneshare, as per the Pixhawk data uploaded by Andrew Tridgell, who was on hand to monitor the mission live via our 900MHz radio link: 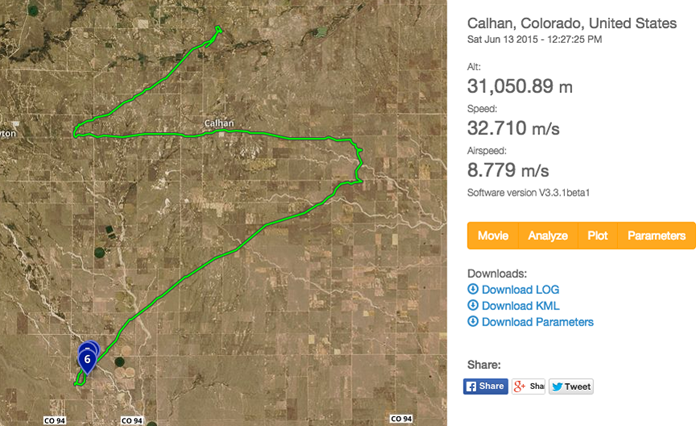 And here's the payload hitting the ground, just a short walk from the pursuit vehicle: Suffice it to say, the avionics survived the flight, and the data showed that our batteries and servos are able to handle the cold at altitude. Here's a sample graph, courtesy of Tridge, showing the voltage situation during the mission: The 900MHz radio didn't behave quite as well, due to some interference which scuppered our planned two-way comms with the Pixhawk. It's not a major issue, and we're investigating just what caused so much noise. There are full details on the flight, including more photos, and data from the Pixhawk, right here.

As ever, it's a big ta very much to Tridge and Edge for their magnificent work. We now just need FAA approval to launch the Vulture 2 and we're away. Hopefully, that will be granted before the heat death of the universe, but it's fair to say that the FAA moves in mysterious, and inexorably slow, ways.