Right now, for precise indoor positioning you typically need an expensive optical motion capture rig like a Vicon. This Kickstarter project promises to do the same thing with ultrawideband wireless for much less ($500). It's already made its $30,000 goal and has four more days to run.

Pozyx is the first affordable and easy-to-use hardware solution that provides accurate indoor (and outdoor) positioning and motion information for Arduino. In order to achieve a positioning accuracy of a few centimeters, the pozyx system relies on a novel wireless radio technology called ultra-wideband (UWB). The accuracy achieved with this ultra-wideband technology is several times better than traditional positioning systems based on WiFi, bluetooth, RFID or GPS signals. Furthermore, the signals can penetrate walls and make it suitable for indoor environments.

Pozyx is many times more accurate than today's positioning technologies.

Results from a live test of the Pozyx system. The blue line accurately represents the trajectory of the person walking in the room. The cone indicates the orientation of that person 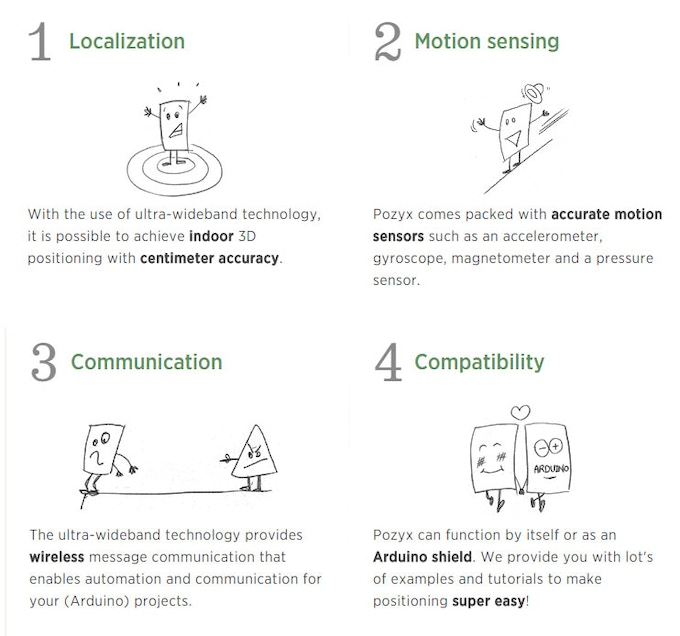 Pozyx is more than just positioning!

What to do with it?

The high positioning accuracy enables a lot of applications that weren’t possible before. For example, you can program a drone or robot to navigate through a building without bumping into things. But that’s just the beginning... 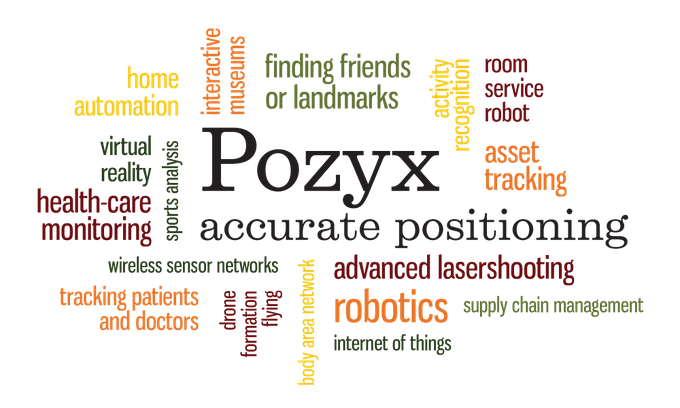 We firmly believe that for indoor positioning to become great, we have to share the technology and make it easy to work with such that creative minds can come up with the next killer positioning application!

Depending on your skill level, you can use the system in several ways:

How does it work?

Our system is very similar to the GPS you have in your car. Like the GPS satellites in the sky, Pozyx requires 4 little anchors to be placed on the walls. The Pozyx board is what you will put on an Arduino to track it. 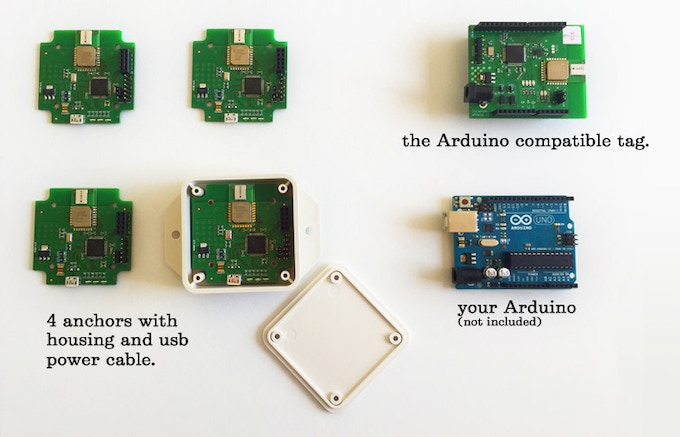 Positioning is achieved by making range measurements (by means of two-way ranging) with the anchors. The Pozyx tags processes all measurements to compute the position and orientation of the board, at a high update rate.

Technical specs of the arduino-compatible board 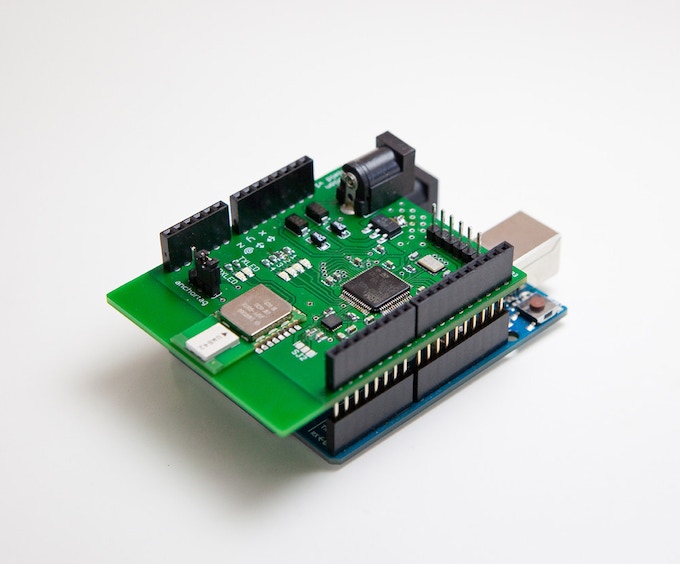 Image of the pozyx tag mounted on an Arduino Uno. (the final version that you will receive will include an usb connection and a pressure sensor not seen here)

The anchors have similar specs as the tags without the motion unit because the anchors are considered to be stationary. The anchors come in a protective casing of dimensions 63.50 x 63.50 x 22.86 mm and together with a micro USB power adapter.

In terms of hardware, we are nearly finished. We have come from a partial breadboard implementation of our system to the working prototype. Currently, we are finishing an improved version that also includes the pressure sensor and an usb output for firmware updates.

In terms of software, the core features such as positioning, anchor calibration and sensor fusion are finished. However, we still need to polish things and finish the Arduino library. This will be performed during the campaign and during the production of the modules

Why we need your help

Pozyx isn’t a consumer product (yet). It’s a working prototype to show that accurate indoor positioning works! We don’t want to keep it on our shelves. We believe that with kickstarter, we can reach a lot of creative people that can use our positioning system to create the most wonderful applications!

Furthermore, with kickstarter we can:

Pozyx started with Samuel Van de Velde who has been doing research on indoor positioning for almost 5 years at Ghent university. Because their was no affordable or simple positioning platform available to test his algorithms or applications, he decided to make one. Once the ultra-wideband technology was available, Vadim Vermeiren and Koen Verheyen joined to make the first prototype. After that Michael Van de Velde joined for some serious marketing action.

The Pozyx team: Samuel, Vadim, Koen and Michael
E-mail me when people leave their comments –
Follow