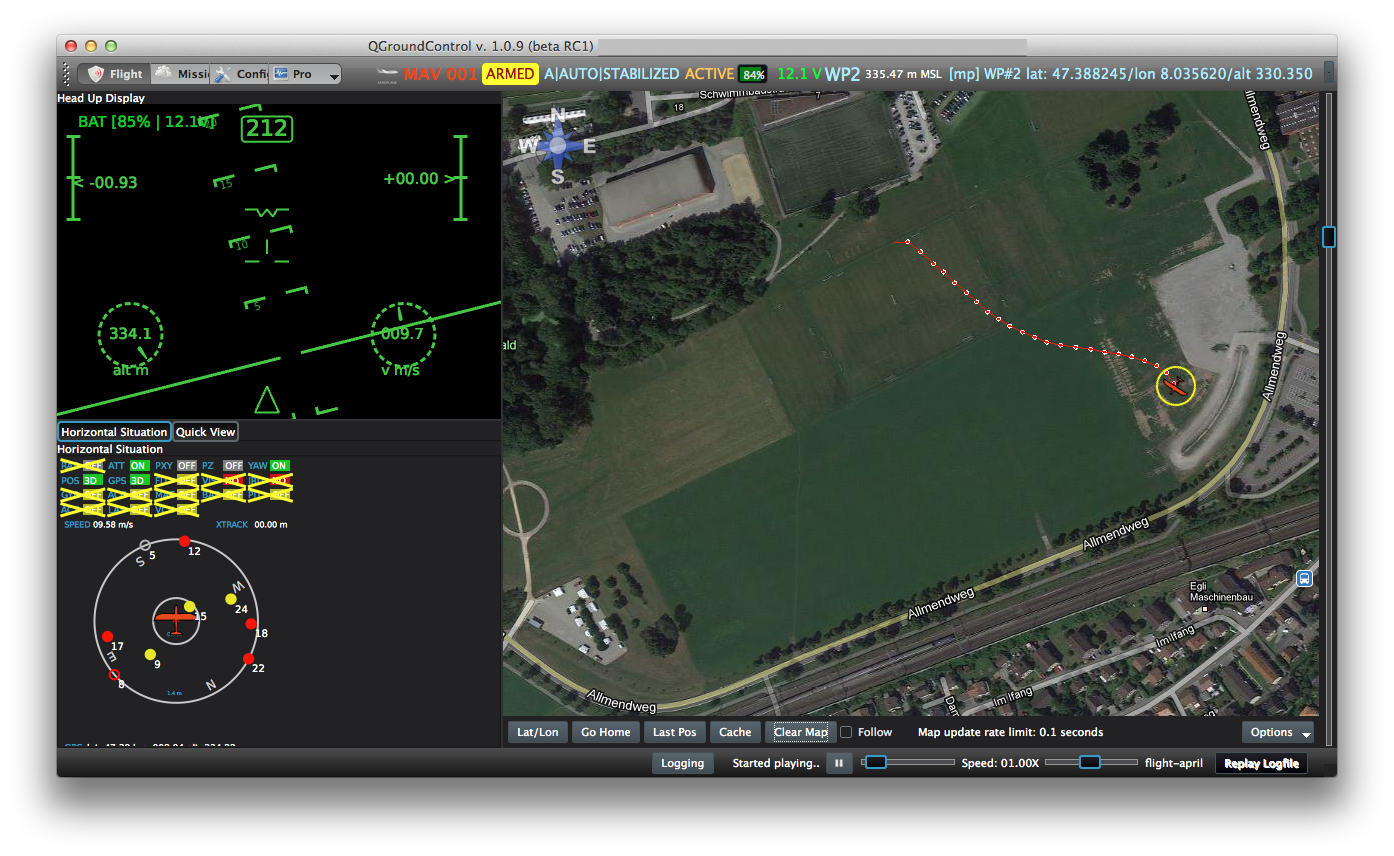 After investing most time into PX4 for quite a long time now, the PX4 native stack has made it into a shape where we can fly fixed wing in autonomous mode with it, and there is also progress on multicopters. This put QGroundControl back into the development focus, since the field tests showed some potential improvements, and the PX4 user feedback indicated that features like RC calibration were highly wanted. The screenshots below show the current 1.0.9 version.

In parallel there is work under way from the 3DR dev team under Michael Obornes lead to add some APM-specific features  to QGroundControl and to bring some of the very well engineered features of Mission Planner to a cross platform codebase. One of the visually most prominent and first features will be the Primary Flight Display, but there is much more to come.

A first Mac OS binary is available on the QGroundControl downloads page, a windows binary will follow shortly. 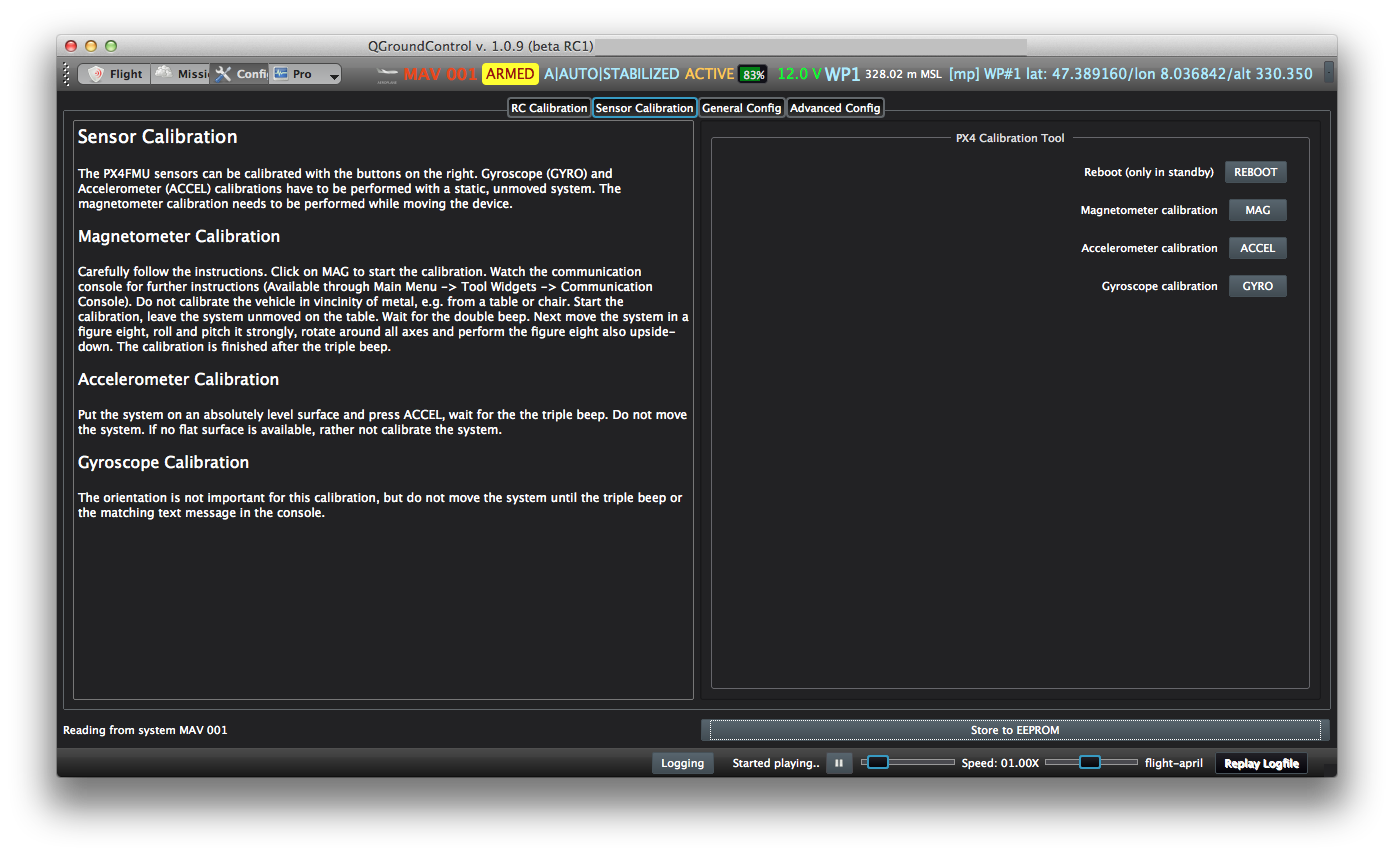 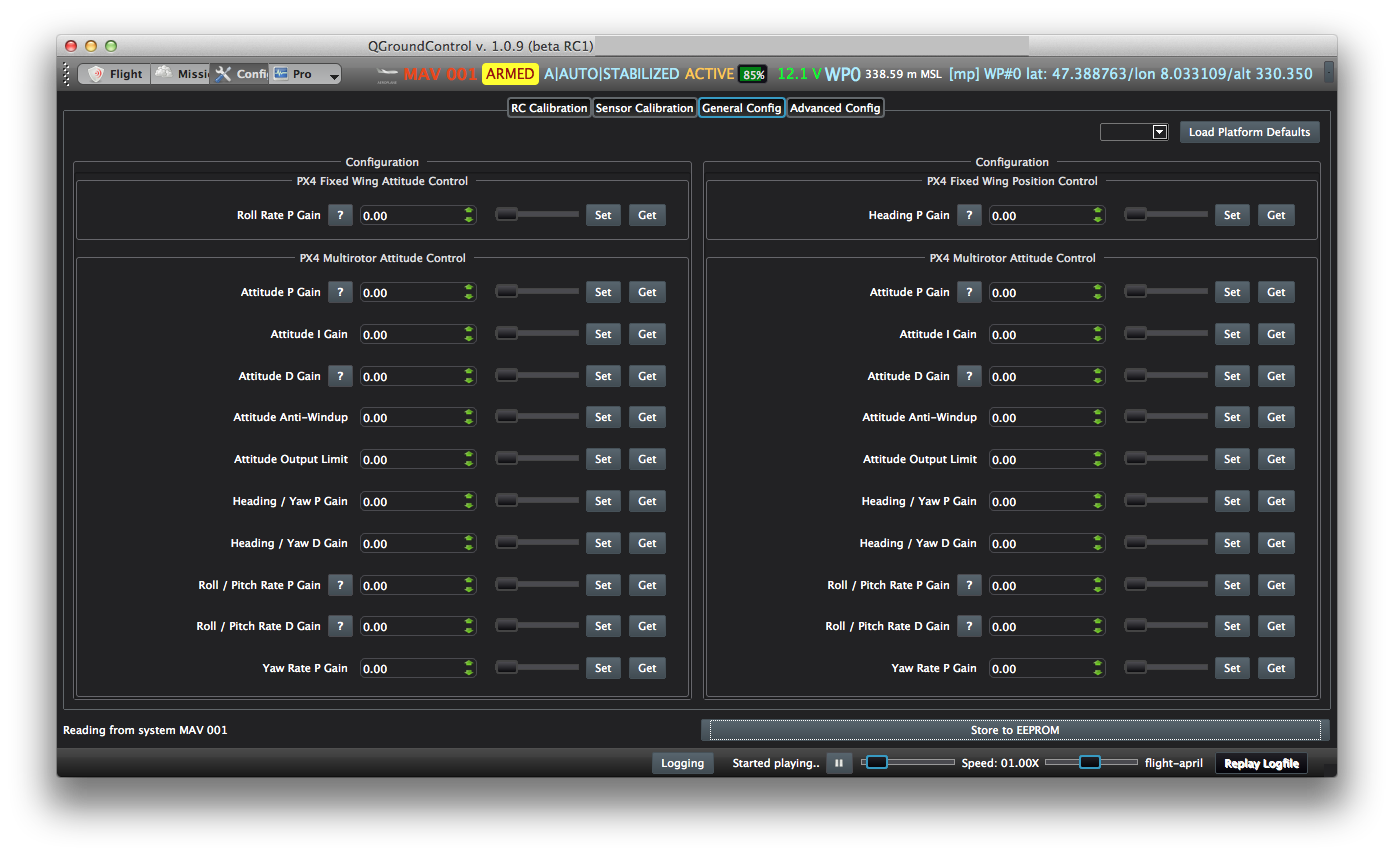