Today we were having a discussion about aircraft control via different flight modes. Personally would prefer to change the way input happened when controlling the UAV directly, so that the input is more intuitive in nature. I have seen allot of really well designed controllers recently however little that changes much of the traditional levers and dials, and nothing a single puck. Maybe there is something to that Star Trek control. Above is just a quick conceptual collage. The base was squished as you can see the original here, and was quickly modified to stimulate thought on how a typical RC twin 2 axis stick design could be evolved so that a more intuitive control can be developed. The center puck above is a true integrated 6 axis control, all that can have coordinated intuitive movements for the UAV. 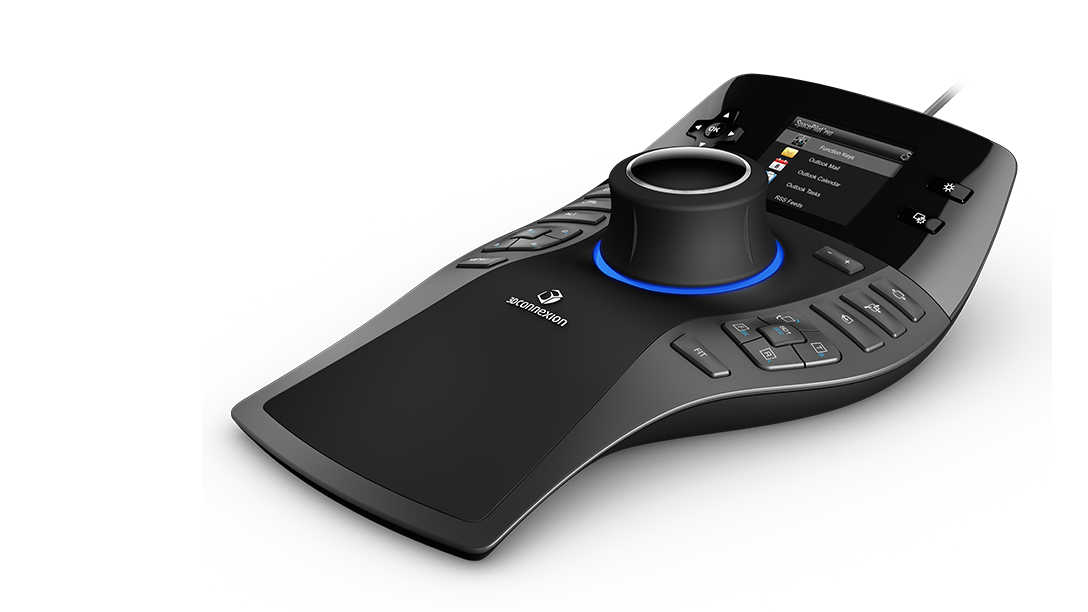 Here is some of the verbiage from the 3dconnexion.com:

Simply push, pull, twist or tilt the 3Dconnexion controller cap to intuitively pan, zoom and rotate, while your other hand simultaneously uses..."

Ordered one today to take it apart, and see how I can hack together a solution, possibly integrating a board computer and a small wifi-bridge/ap so that it can be used as a integrated base station.

It seemed obvious since the object we are controlling actually operate in a 3D environment that the controller especially when operating FPV or "First-Person-View" should be able to translate that intended movement as turn left right, up down, and with a few that could be atypical due to the way and coordinated function of the device and its ability to tilt or go sideways, possibly to engage linear thruster type dives.

The Myo and the 6-Axis mouse will be a fun combination, it will be interesting to integrate tactile and and virtual gesture based movements.