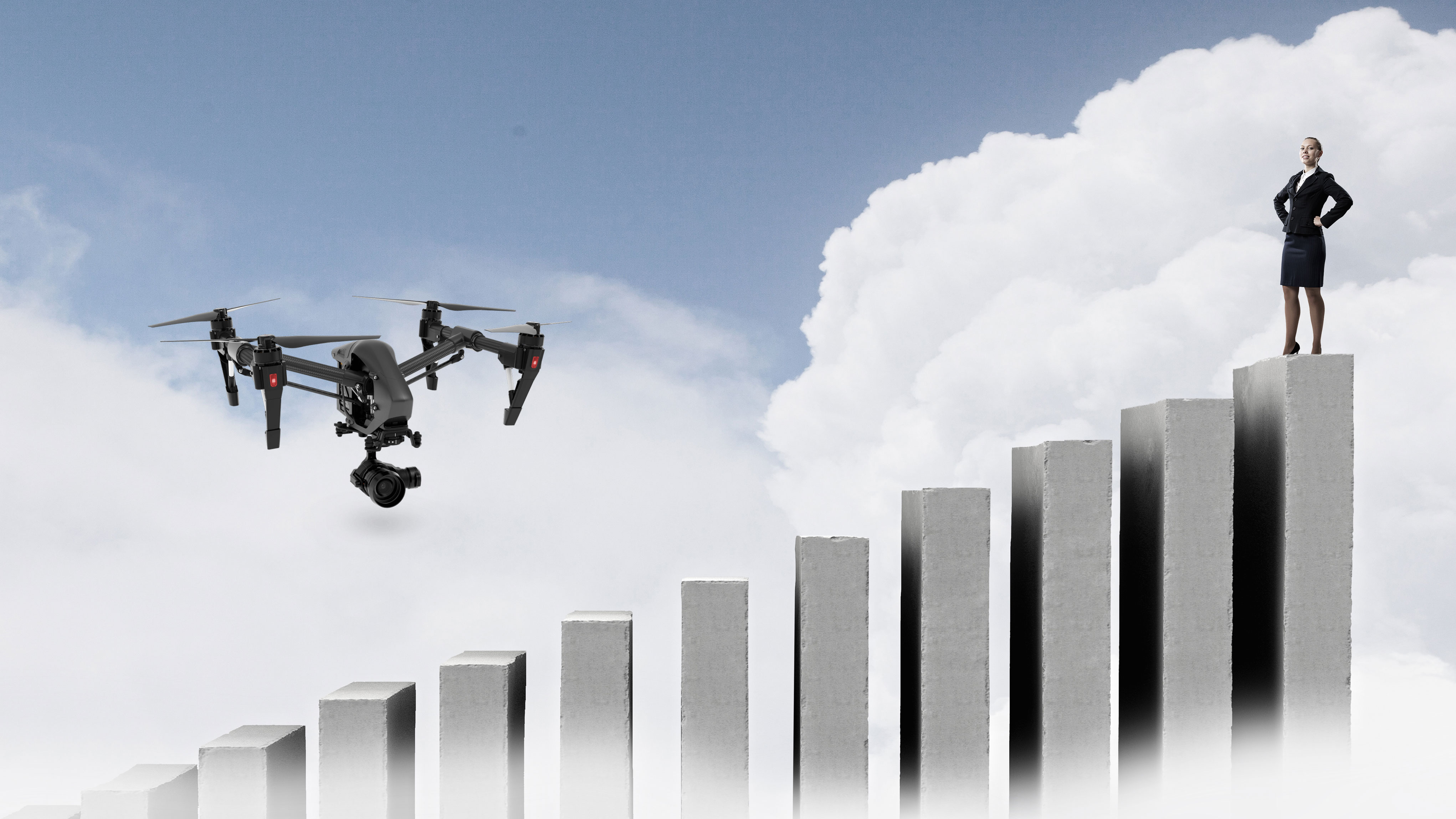 I believe three of the biggest misconceptions in the drone industry is how fast it will grow, which sectors will grow, and which ones will lag.

No one disagrees that drones—both consumer and professional—represent a new and emerging market. Drone market forecasts abound. We currently track 73 independent companies that provide market forecasts, and each of them projects growth for the drone or unmanned aerial system (UAS) sector that is nothing short of phenomenal. Some of these, however, are questionable, because, at the time they were written, there were no historical sales or reliable market survey data on which to create a proper forecast. We wrote about this problem back in 2015 here. Still, today we still see a big gap between current forecasts and actual purchases, services, and business adoption.

In this article, I’m going to take a look at some of the data collected in our latest report on the drone industry—data we think is important to you and answers the question: “Why don’t we see widespread adoption of drones in my industry just yet?”

As part of our 2017 Drone Market Sector Report, we conducted a survey to identify the business users for drone-based projects and which industries have traction. We define “business users” as those individuals or companies that use or purchase drone-based imaging or sensing services. A total of 623 respondents answered our qualifying survey question that they either do such work themselves or contract out for it.

When we asked respondents about the primary commercial drone-based service they perform or purchase, the results show that:

The revenue figures of business users reveal an interesting trend as well. More than half (53%) are small and medium-size businesses (SMBs)—organizations with less than $10 million in annual revenue. Only 6% could be classified as a large enterprise, i.e., an organization that makes over $1 billion.

As we did with drone-based service providers, we asked these business users how many aviation-authority, licensed small UAS / UAV remote pilots they currently employ. The numbers were smaller than we expected. Almost three-quarters (74%) have five or fewer pilots; 50% have only one.

Certainly these numbers debunk the media hype about drones. There are not hundreds of thousands of drones flying now (certainly not at the same time), nor is it true that Millions More Drones Will Be Flying Above Your Head by 2020 and in this piece we make the case Why the Drone Network of Tomorrow is Farther Away Than You Think.

Our research finds widespread business adoption is being hampered by a reluctance to share too much information about successes.

Companies are depending on information communicated about drones by others that have been successful. Certainly the interest is there. You can see that from the diversity of industries attending the major U.S. commercial drone expos, such as InterDrone, Commercial UAV Expo, and Drone World Expo (which was just purchased by Commercial UAV Expo). Unfortunately, only a handful of companies (we estimate 75–100) are willing to come forward and present their use cases at these shows. Most of these presentations are not about companywide adoption, but rather about a particular, localized proof of concept.

There are positive messages in which the benefits of drones are explained, but communication about what a successful integration looks like is still very limited. Additionally, we find that companies that are already using drones are reluctant to share too much information, so they can continue to reap the benefits of their early investments. As a result of this reluctance to share information, further integration lags as companies wait on successful user stories that may never appear.

Unfortunately, the media all too often equates the business use of drones with drone delivery, and only reports on the headline-seeking efforts of Amazon, Google, and Facebook. There is so much more that’s actually happening, and it’s getting difficult to generate a comprehensive story on business use. Some of this can be attributed to the fact that many of the major industrial users are starting to focus only on the use cases that matter to them. The most concrete examples of this are the NAB Show, which brings together photography, video, and cinema professionals; the Energy Drone Coalition Summit, which is bringing together the major drone / UAV ecosystem players with the energy industry asset owners and end users; the American Society for Photogrammetry and Remote Sensing (ASPRS), which hosted a pre-conference UAS Technical Symposium this year at the Commercial UAV Expo, and will co-locate with the International LiDAR Mapping Forum in 2018.

That said, we will continue to do research on individual verticals and report growth and adoption issues.

If you have questions about what's in the report or would like to comment on it after reading it, write me at colin@droneanalyst.com.