We've recently made the move from the old clunky DCM implementation to a new Quaternion approach, and it seems to perform better, or at least the code is much smaller and takes almost no time at all to execute on our 72MHz 32-bit flight controller. I'll be writing an article on the Quaternion method as part of our series on Engineering Insights.

We've also added MAVLink support, and full integration with QGroundControl GCS.  This helps greatly with debugging, and of course enables waypoint flying.  The ROFL quadcopter kits have GPS built-in, and wireless versions that include an integrated XBee module are available.

As always, more videos on our youtube channel: https://www.youtube.com/user/UAirLtd

And the kits are still on sale! http://www.universalair.co.uk/catalog/rofl

Still to come: waypoint flying, and FPV: The flight controller GPS code just needs a bit of tuning, and we'll have the thing flying autonomously in no time.  The full-range of waypoint options in QGroudControl are supported, including waypoint tolerances, and yaw angles.  (See image below): 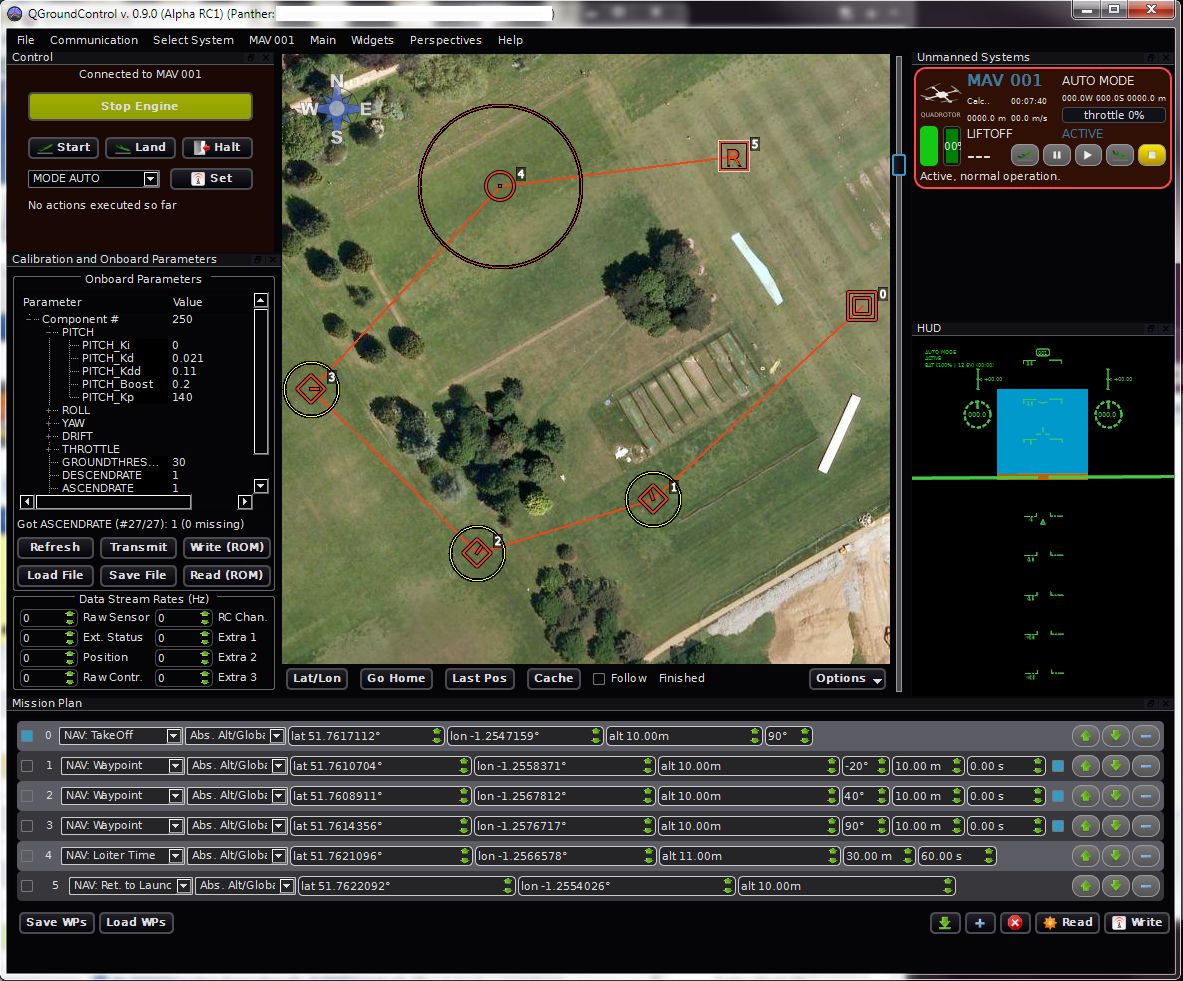 Tuning the quad is also possible over QGroundControl, this is a massive improvement in useability over our previous custom solution: