In recent years, multi-rotor aerodynamic aircraft have been widely used in consumer UAVs and some special industries. Mention of hovering aircraft, the first thing we have in mind is multi-rotor, which ignoring the potential of other hovering aerodynamic configurations. There is no denying the fact that multi-rotor occupied most of the market share, while UAVs should not only has one form. It is necessary that a flexible choice of pneumatic layout for different applications and scenarios.

In this context, we have developed a coaxial two-propeller UAV Tdrone. This article provides a complete information and an open source solution to share this. I hope you are interested in  this kind of aircraft，even make one by yourself! 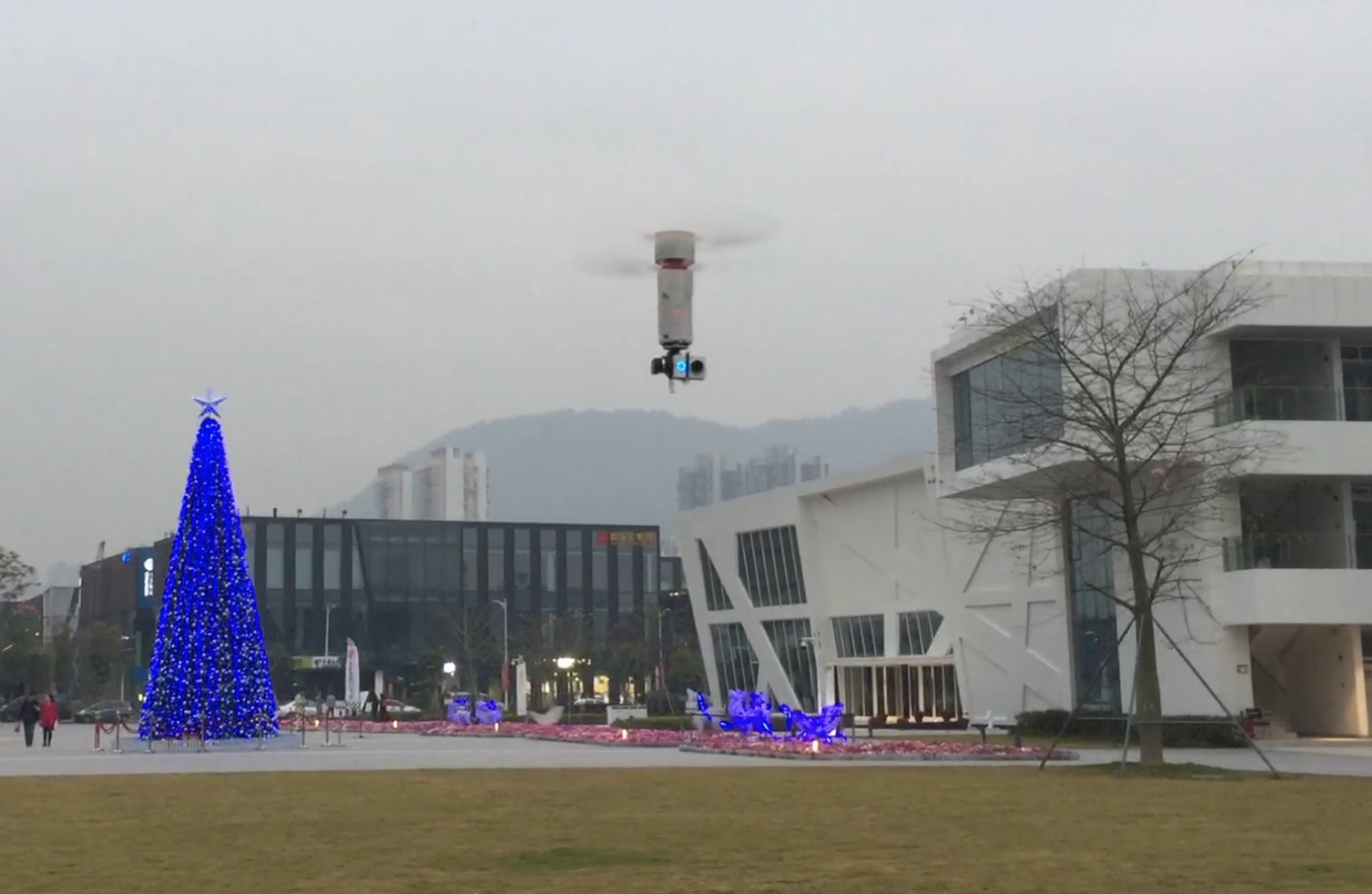 he flight principle of coaxial twin-propeller aerodynamic configuration aircraft is similar to that of our common helicopter. Unlike helicopters, the coaxial twin-propeller aerodynamic configuration cancels the common tail rotor on helicopters and uses two propellers with the same diameter and coaxial arrangement. Like helicopters, swashplate are used as pitch-changing mechanisms to control the pitch and roll degrees of freedom of aircraft. The following video describes how the swashplate  works:

For a small coaxial twin-propeller aerodynamic configuration, a single-layer pitch-changeable structure is usually adopted, that is to say, only one rotor can be pitched in the upper and lower layers, while the other is fixed-pitch. The advantage of this layout is to simplify the mechanical structure to the greatest extent, which is conducive to the manufacture and later maintenance of aircraft. Of course, if we pursue better performance, we can also design more complex double-layer variable-pitch structure to achieve better flight performance.

The advantages of coaxial twin-propeller over multi-rotor aircraft are as follows:

2. The coaxial twin-propeller vehicle has larger payload under the same working size (in flight).

3. Under the same payload, the rotor speed is lower than that of multi-rotor, which results in less noise and better silence.

4. When generating pitch and roll control moments, the main rotor does not need to be accelerated or decelerated frequently, which reduces the energy loss. Especially in the case of large aircraft size, this advantage over multi-rotor will be more obvious.

5. The propeller can be folded and accepted conveniently without the complicated folding and locking mechanism of the multi-rotor aircraft arm. The folded fuselage is more regular and easy to carry and transport.

The disadvantages of coaxial twin-propeller compared with multi-rotor aircraft are as follows:

2. Flight mode is more complex than multi-rotor, which has some challenges in flight control design.

Any aircraft is designed for target use and use environment. There is no absolute difference between different aerodynamic layouts. Not only on Earth, but on other planets our theory still holds true more than 100 years after the Wright brothers completed their first manned flight using fixed-wing aircraft, we are hopeful to witness the first use of UAVs on planets other than Earth, which is a coaxial drone!

The Tdrone UAV was developed in October 2015, and by April 2016 the first generation of Tdrone had initial flight capabilities, as shown in the video. Tdrone uses two modified 1806 brushless motors as power, two steering motors to control the swashplate and differential control for yaw. Flight control uses CC3D flight control. It is equipped with a two-axis stable platform and a motion camera. The duration is about 10 minutes.

Tdrone is manufactured by 3D printing technology. All parts are optimized for 3D printing, which can be printed directly. The printing materials are made of ordinary ABS plastics. Aluminum tubes are used in the central core. 98% of the parts are fixed by screw, which is convenient for later maintenance and replacement.