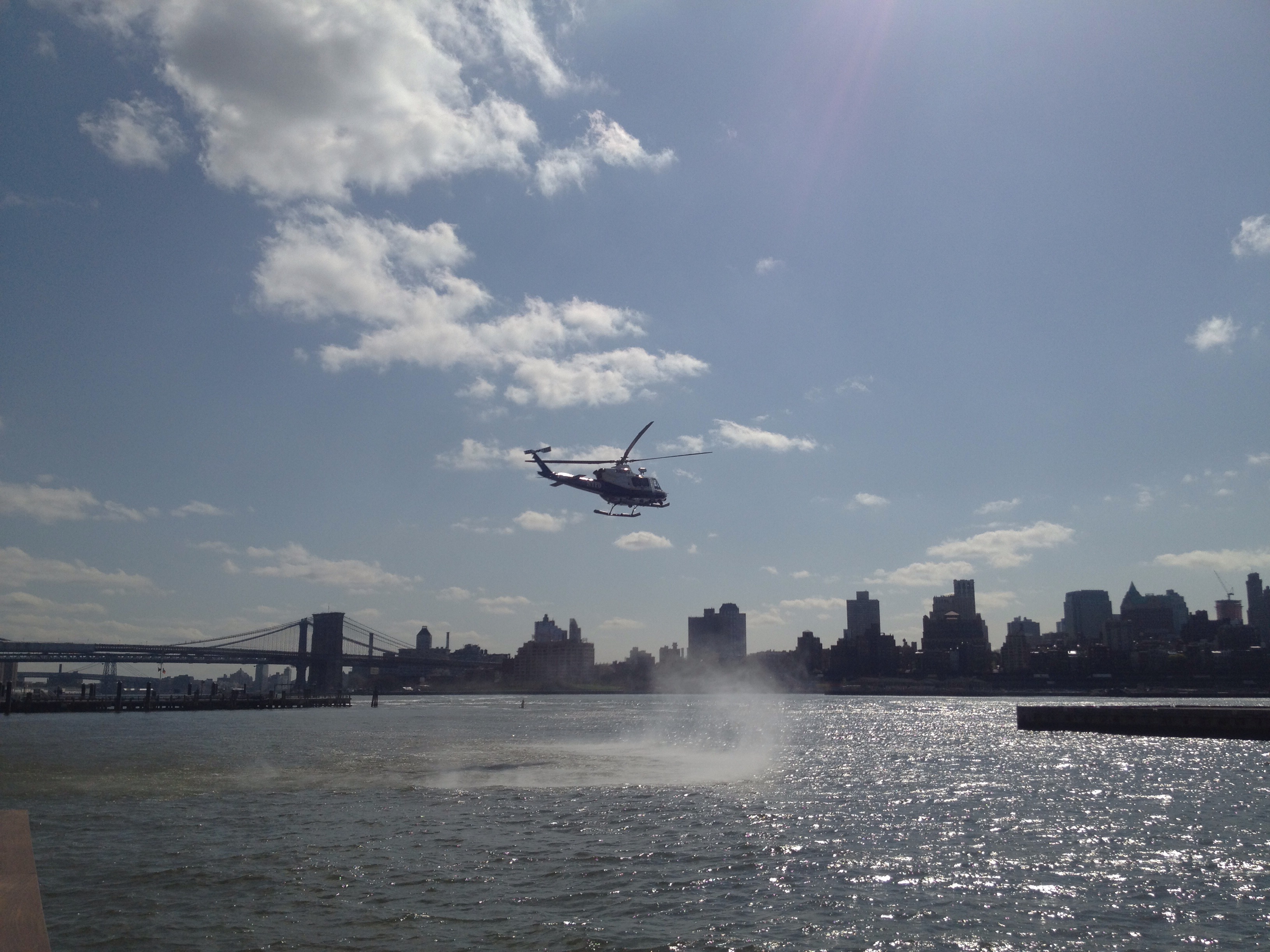 Over the past several days and seemly there is no coincidence that almost immediately after the news of the FAA recent announcement we have what I thought was a perfect example of someone who was very new to the new machine that he was using or was blatantly reckless. I probably like many thought 'This is all we need is people doing stupid things that will make it harder on all of us' . Then I cam across a story about the same subject however it had more than just a reporters commentary, but the recording of the NYPD Helicopter Pilot and the Air Traffic Controller. It is hard to change what was said on recording.

The Story that I found the recording : http://motherboard.vice.com/read/police-recording-confirms-nypd-flew-at-a-drone-never-feared-crash

Here's a full transcript of the recording:

NYPD—What kind of contact do you have … at this time.

NYPD—I don’t know. We just had an aircraft do vertical climbs pretty fast.

Tower—I don’t see anything on the radar. About how high would you say it went?

NYPD—I'd say 0 to about 2,000 [feet] in less than two seconds. And he's got green and red now. He's going up Spuyten Duyval [bridge], northbound at this time.

Tower—Really? I don’t see anything on the radar. Im not seeing anything like that.

NYPD—He has to be military. He's moving. He's right over top of us right now, LaGuardia. He did a 180 really quick. Going down the east river at this time. I just want to make sure its not a drone.

Tower—I’ll look out the window.

NYPD—LaGuardia we are 800 feet and he is level with us at this time.

NYPD—Going Spuyten Duyval to the [George Washington Bridge]. He's got to be a drone.

Tower—Ok, all right. Man, theres really gotta be a better way to maybe disable these guys.

NYPD—We are going to stay here and figure out where he puts it.

Tower—Take your time, you’re the only ones in the air.

NYPD—Will do. Yeah, we got drone activity at the GW Bridge. We are trying to walk an RMP [remote mobile patrol] into it. We got the guys operating it on the ground. Hopefully we can get these guys collared up.

Tower—In the vicinity of the GW? They were at the GW. Now I got three, four, coming up to Fairview and 193, vicinity of.

Tower—All right, you want me to do anything from here.

NYPD—Ok we got these guys are saying these are just toys but these drones were flying in vicinity of [George Washington Bridge]. They buzz around us as well.

Tower—All right what altitude were you guys at.

Tower—You still have a visual.

NYPD—No, we've got custody, we've locked the [radio mobile patrol police cars] into them. You know, we have the guys who were operating them. We really don’t know exactly what we have, maybe a reckless. Not sure what exactly we got.

NYPD—Just so you know there was a class given to lt perez, I don’t know if you want to disturb him or not, but he had all the info on that.

NYPD—They are with them right now, but we don’t even know what we have.

NYPD—Definitely, we just don’t know what kind of crime we have right now.

NYPD—Seems to me, if they were at 1,000 feet, they'd have to be operating that thing recklessly, regardless of whether or not it was a toy. 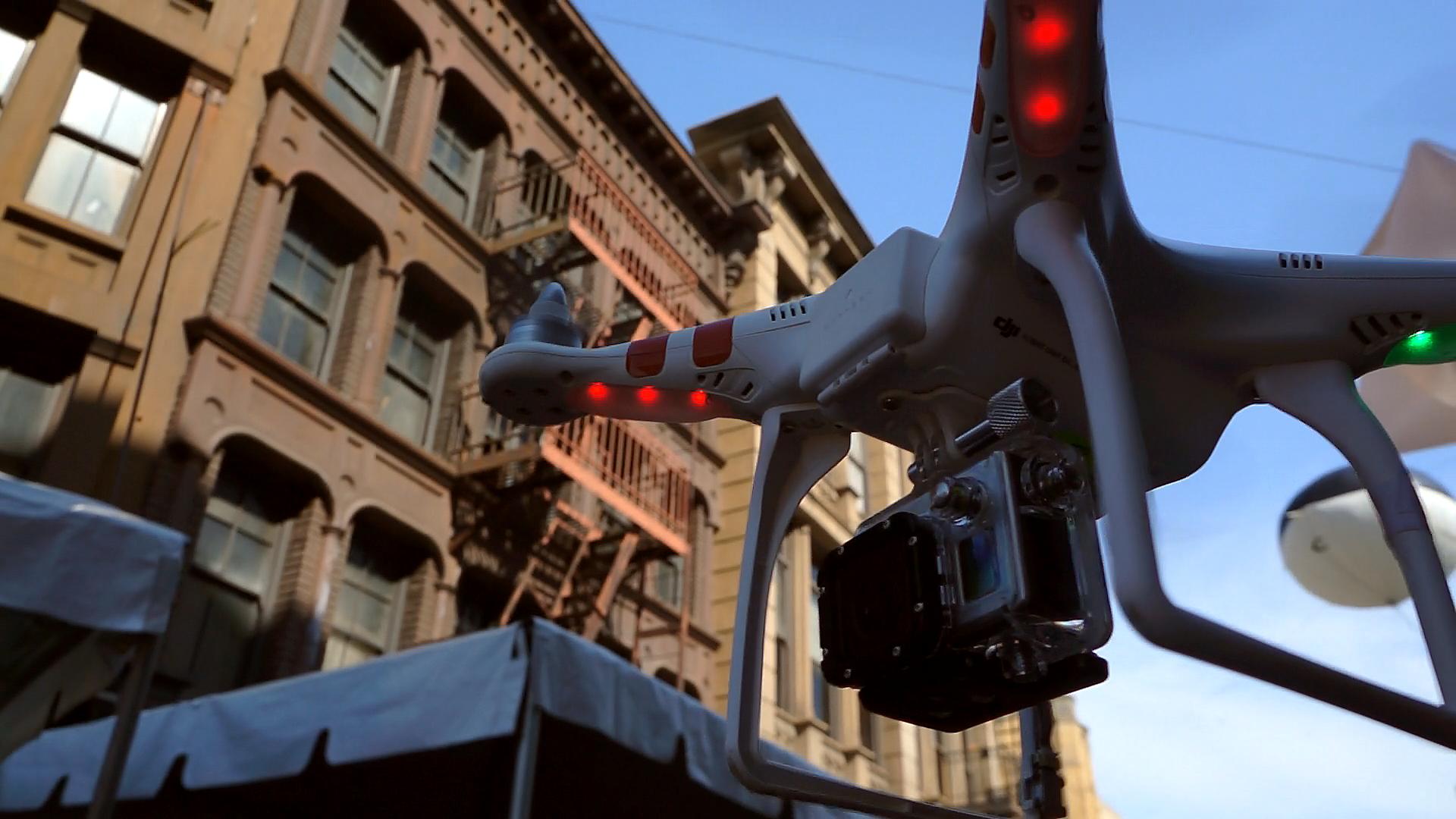