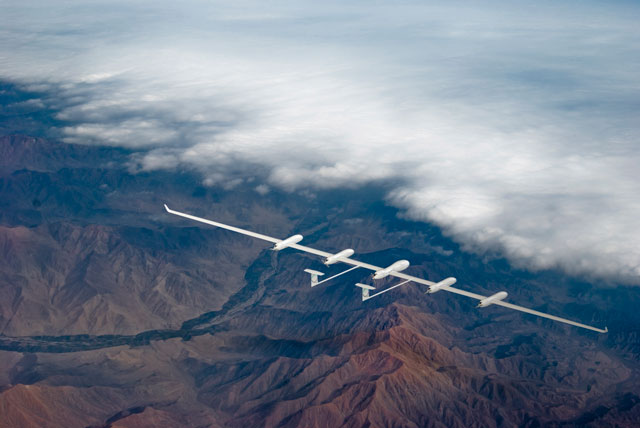 In a tiny country, with very limited resources at Quarkson we have just built the first SkyOrbiter (Extreme Long Endurance Unmanned Aerial Vehicle) capable of flying around the world and who knows in the near future spread internet access to two thirds of the world's population that currently are not connected.

The SkyOrbiter LA25 platform is designed to stay at low atmospheric orbit for prolonged periods. It can be used for a wide range of commercial and government applications over vast areas. It can also bring instant infrastructure to Least Developed Countries and disaster areas. This high-endurance aerial system is able to operate 24 hours a day, 7 days a week and it is estimated to be over 100 times less expensive than terrestrial communications network deployment. Unlike conventional satellites, when broken or worn out it can be brought down for maintenance or upgrade.
http://www.quarkson.com/