The UAV Dev Board was an early entry to the DIY autopilot world, designed by Bill Premerlani along with SparkFun.  The hardware went through 5 revisions over the years to incorporate better and better sensors, with the 5th generation, the UDB5, serving pilots and developers well for a long time, along with the companion firmware project MatrixPilot.  But eventually, SparkFun stopped selling the UDB5, and the MatrixPilot community needed a new hardware supplier.

Meanwhile, I've been wanting to fly my autopilot code in smaller and smaller planes, so I decided the time was right to finally design and build my miniaturized UDB5 board.  After lots of prototyping and testing, and starting up my own little web shop, I'm now selling UDB5mini autopilots over at Octopilot Electronics.  (Thanks to MacroFab for building these boards!)

Here are photos of some example UDB5mini-based builds, including my 24" Bonsai mini flying wing, complete with 2.4GHz FPV with MatrixPilot's native OSD, long range radio, and 2-way telemetry, Pete Hollands' self-pitch-stabilizing Multiplex Flying Fox, and Pete's tiny, autonomous Sonic Mini.  For the Bonsai build, I cut away the strips of PCB containing the mounting holes to make the board even smaller. 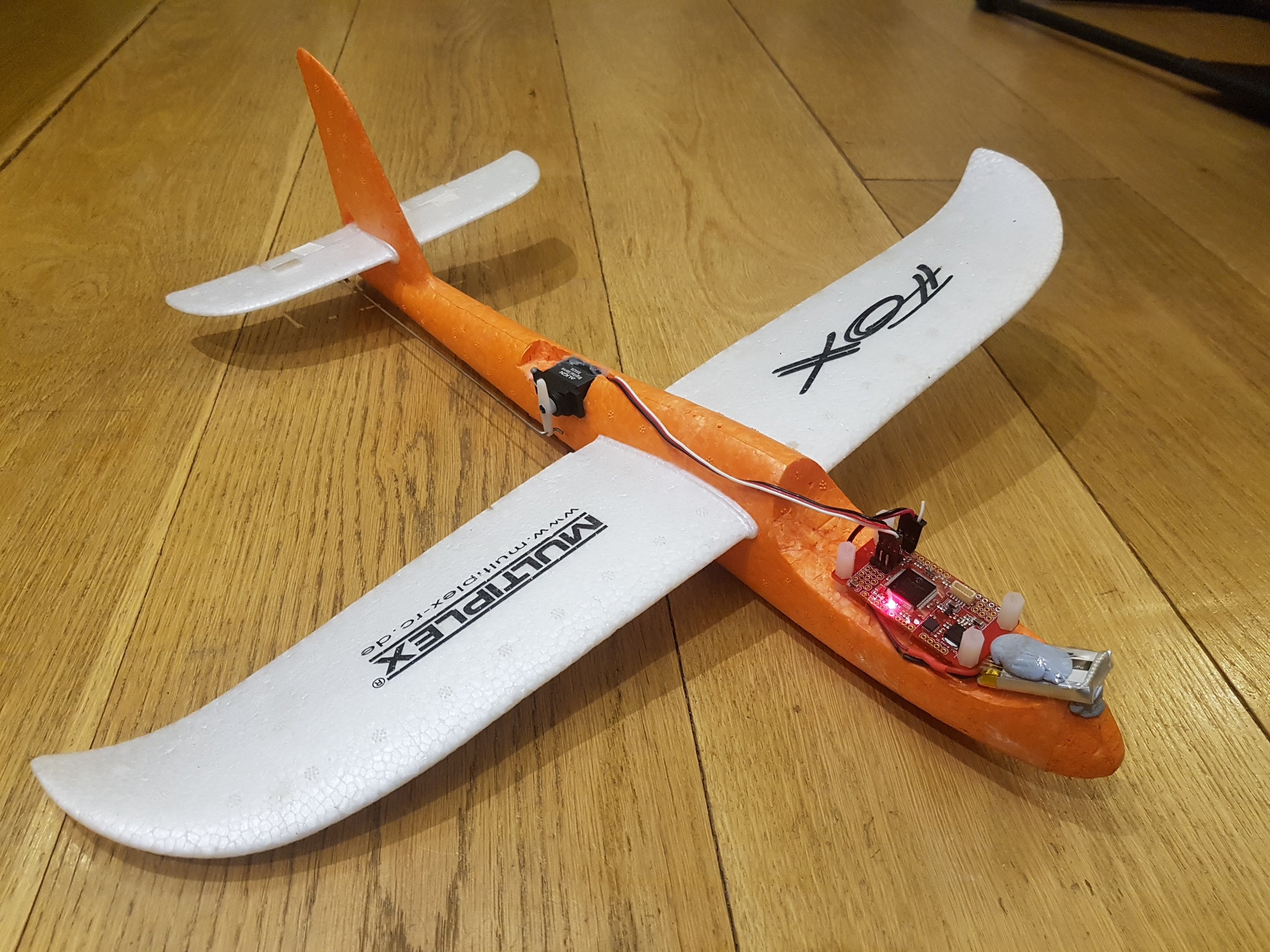 If you haven't flown with MatrixPilot before, here are some compelling reasons to give it a try:

• It's all open source and open hardware!