Designing electric multicopters for a specific flight time is a complex multidisciplinary optimization problem. This short blog post is some of my thoughts on how to think about this problem. Obviously, there so many different ways of doing this and welcome suggestions and other constructive discussions.

From an energy conversion standpoint, multirotors is a pretty simple systems. Energy is available from the batteries which is routed via ESCs to the motor and the propeller.

The challenging part is that batteries do not always provide the same efficiency(energy). They are dependent on the power draw (watts,current). For most batteries, the higher the current you draw from the battery, the lower the total-energy available from them. This is mainly due to the internal resistance of the batteries which is pretty low (milliohms or less), but not zero. A typical characteristics of few of the different battery cells are given below. The y-axis shows the energy density (Wh/Kg) of the battery and x-axis shows the power that was drawn from one Kg of battery. 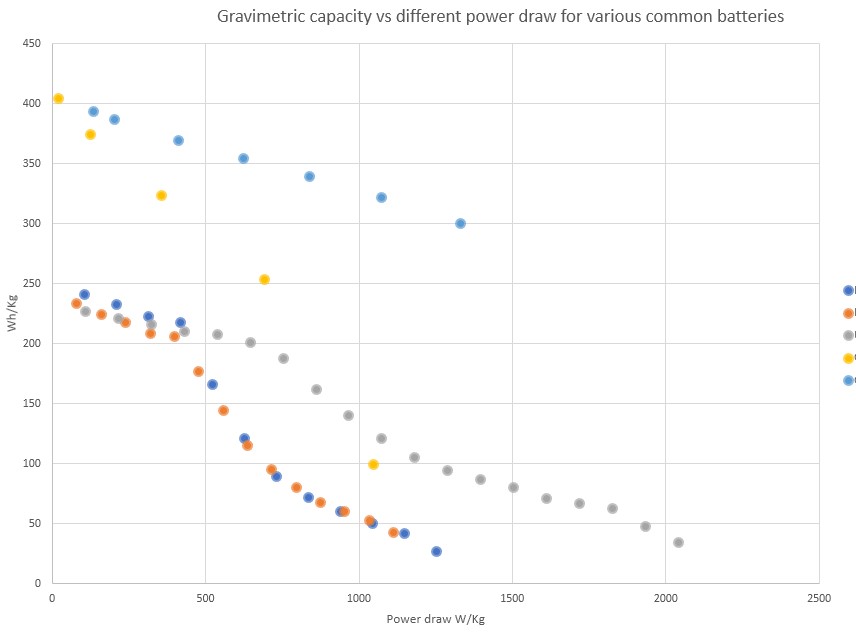 Notice how the increased drain causes the energy capacity to drop sharply for all the cells.

If we ignore the motor and consider just the propeller, we can define this as

If we consider the motor, this unit becomes “Electrical power input to the motor (watts) / Kg of thrust”. 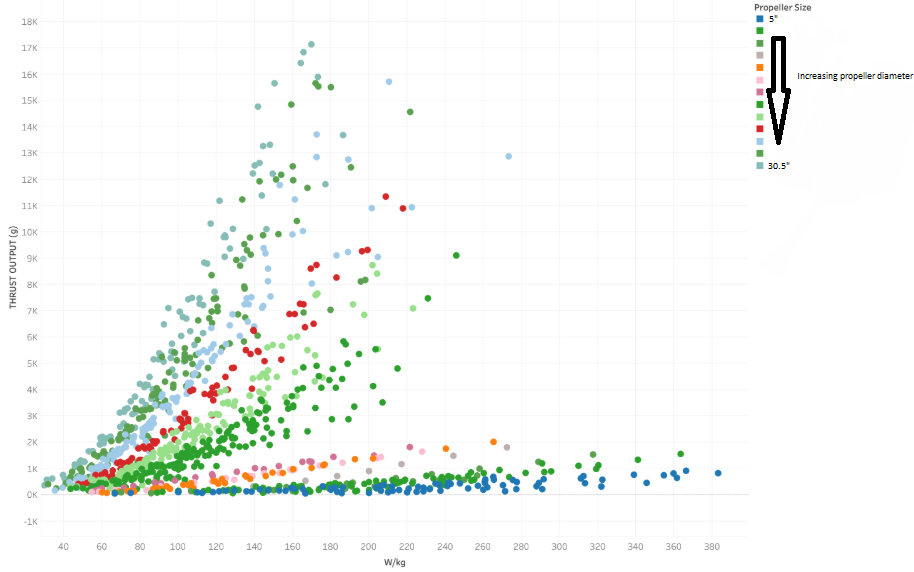 The three things to note are

Designing an optimal multirotor requires matching the characteristics of the battery to those of the motor and the propeller. Would love to discuss more about this is in a later blog