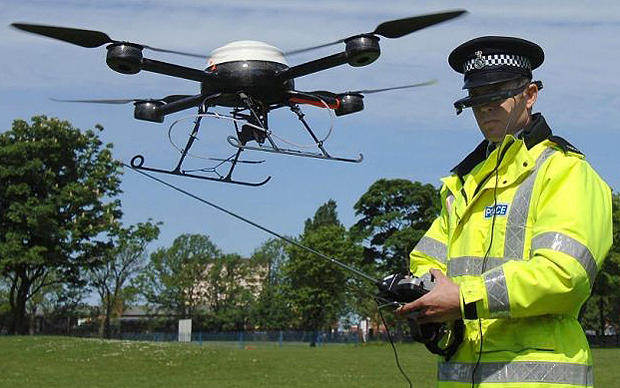 Police attempting to make an arrest for "negligent" use of drones have been instructed not to attempt to land the craft themselves -- in case they accidentally hit the public.

The suggested course of action? Just wait -- for the battery to run out.

The advice is included in 28-pages of guidance, provided to WIRED, on how police officers should deal with the misuse of drones by the public.

The document details a checklist that officers should stick to when they think a crime is being committed by someone flying a drone.

Officers -- who are told "drone is a word that the Police Service has steered away from using in the past" -- are told not to "criminalise innocent misuse" of drones, but are reminded to bear in mind national security, public safety, and the prevention of "traditional crime" when drones are involved.

The guidance, which hasn't been published before but was issued to all forces this year, was created in response to the increasing use of drones for personal and professional means.

The document and its annexes set out the procedure, legislation, and frequently asked questions that officers may have to answer when they're faced by someone with a drone.