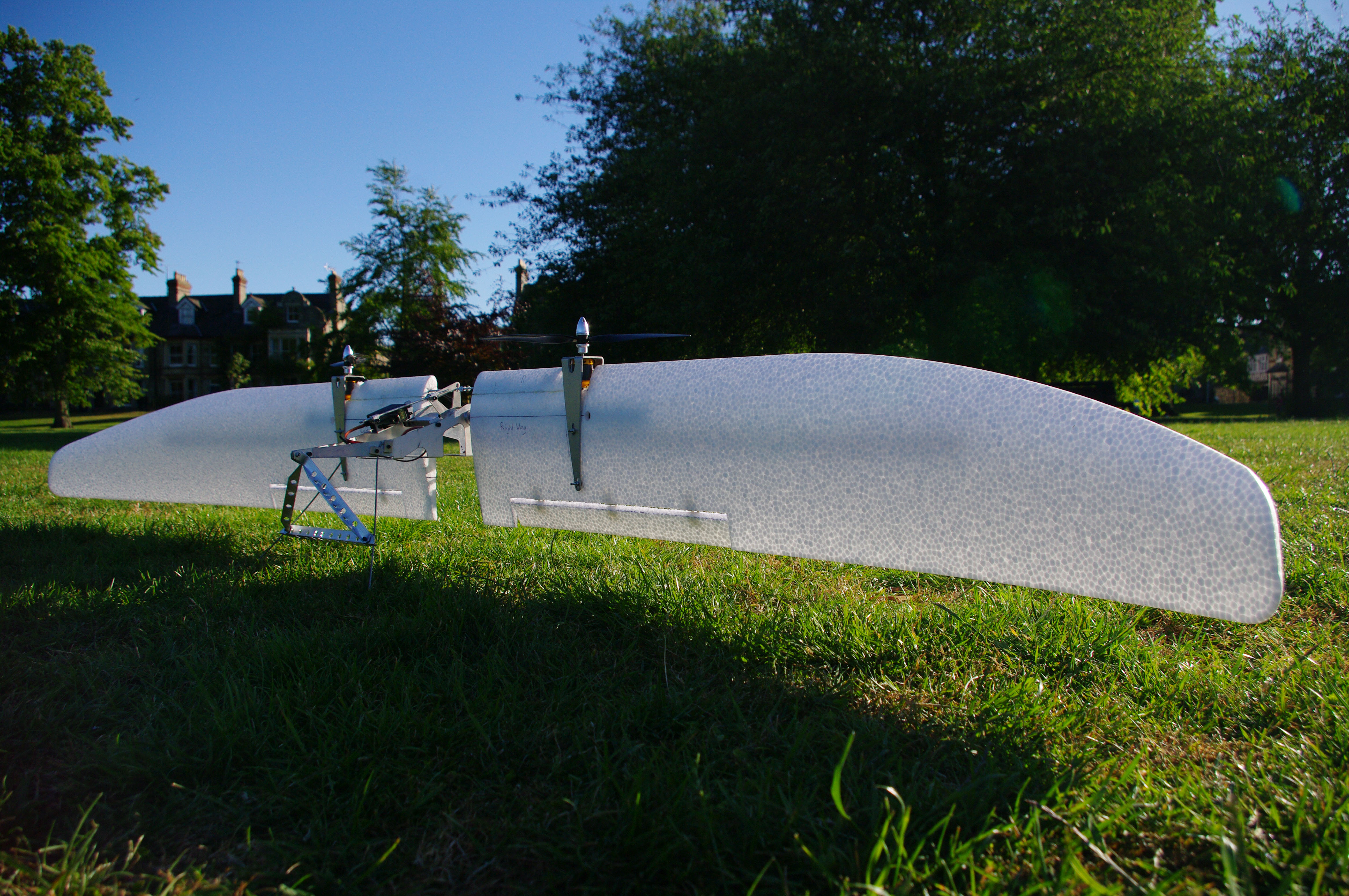 When I first got interested in UAVs I took the advice of some of the forum members here and equipped myself with arduino based systems....but I'm a crazy engineer and this approach didn't last long before I had convinced myself I could make a better job of all this if I started from scratch...luckily I also managed to convince a friend of mine who specialises in electronics!

I'm an aeronautical and mechanical engineer, or I will be when I graduate! Resultantly I love all the spinning bits and the frames etc!

I've been a RC enthusiast for a while now and my original intention was to get a Radian glider flying autonomously, but just like the electronics, I swiftly became interested in a more exciting idea which I would have to custom build.

The result was the Talon airframe, which is the first in a series of aircraft with three goals in mind:

As you can see in the picture above, it is currently rather experimental and a little crude. The target of high speed flight has been completely ignored for now. Concessions to low speed loiter come in the form of modified Radian Glider wings and VTOL is achieved by wing and motor tilt.

I'll write more detailed posts about Talon on my website, www.universalair.co.uk - where the code will also be released open source.

It is controlled by the boards my friend has designed which we call "Forebrain" - the processor and "Seraphim" - the sensors.

Here is a brief video of a suspended test, as you can see, the pitch axis whilst hovering is the least damped and worst aerodynamically actuated so it has been hard work getting it stable, I'm currently running code verification on a quadcopter before returning to Talon.

Will probably post soon about the quadcopter too, looking forward to hearing any interesting comments/ ideas about the aircraft!