Just flew 2.36 - compiled from source code. No source changes from the download. Standard MB1200 sonar attached. Standard frame. No other changes to my quad configuration.

Output seems to be broken for me. When I setup the software, the compass diagnostic output very large negative numbers for the heading , but somewhat reasonable values for the x,y,z components. I entered my magnetic deviation using the planner during the setup using the value of -0.6666 degrees (- 40')  I flew one flight hoping that the compass alignment would fix the heading output, but after the flight, the mavlink compass heading was off by 90 degrees, and I captured the compass test output with still bizarre values. Simple mode was working correctly though. Flying the older compass purchased 11/2010. I saw the same behavior with the downloaded hex file from the planner last night.

I engaged alt hold at 6 feet or so and the altitude changes are very aggressive - lots of up/down behavior in short burst and no real hold.  The quad tended to ascend until I canceled alt hold. Looking at my sonar data - it is very noisy.  I've attached my flight log here. Same placement as my previous tests, Alt hold worked well for me in this configuration for 2.33.

Repeated many times with no improvement. 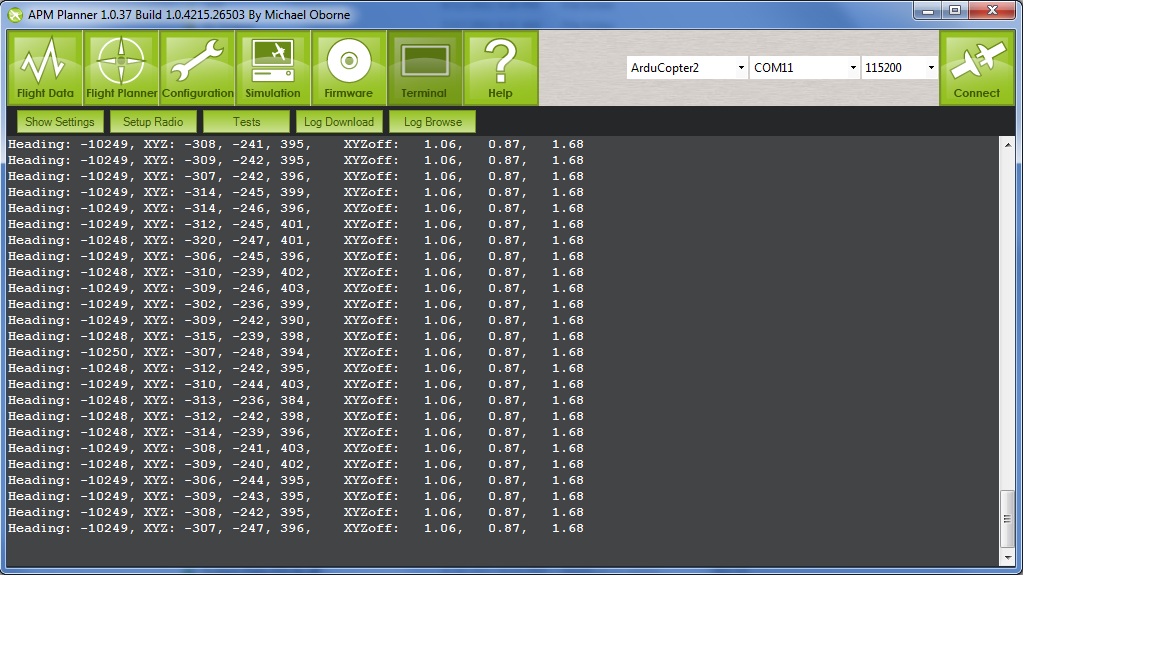 RT @a1k0n: @SmallpixelCar @diyrobocars It's just something that's easy to track with chroma keying. I ended up using different colors on th…