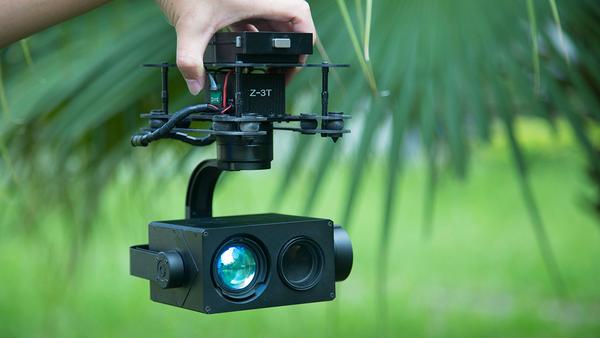 Thyea N30L is installed with UAV payload standard connector, UAV equivalent to USB, that allows for quick installation and release with extreme convenience.

Thyea N30L is equipped with a high-precision 3-axial gyro-stabilized gimbal system that is able to protect itself from high-frequency vibration. The gimbal uses the latest FOC brushless motor featuring precise and high-frequency response, avoiding shake to any degree during the flight. In the meantime, the high processor can precisely control the operation of the motor, adjust the shooting angle and stabilize images even when the lens zooms up 30 times. 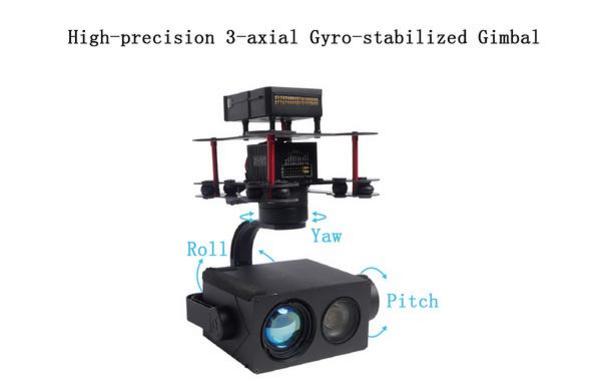 With Thyea N30L, users can switch between color mode and night vision mode according to their needs.

In color mode, the camera could identify a human face from 1km away with its large 2-megapixel sensor and 30X optical zoom lens.

In color mode, Thyea N30L automatically senses light changes and initiates a 500m-range laser light filler which compensates light according to the camera zooming for capturing a clear image.

When in tracking mode, users can click a target point on the screen and then it is moved to the center. The target point will then be locked down and tracked by the gimbal.

With a lightweight design, Thyea N30L weighs only 1265g, the lightest amongst its counterparts and compatible with various UAV systems.

This reply was deleted.
Loading ...
"Hi
I'm Liam from T-MOTOR. I would like to reach out to see if there is any possibility for us to work together.
We are a propulsion system manufacturer who offers motors, propellers and ESCs for all kinds of drone applications which vary from secur…"
"Anyone in the DIYDRONES Australian subgroup based in Alice Springs, NT?
I am experimenting with Ardupilot (standard Arduplane), Pixhawk 4 FC in a 4-ch
RC "AXN Floater Jet" foamy plane..."
"Hi everyone, I am looking for someone who is good at drone building, repair and software in Adelaide. Please give me a call on 0477 319 219."
More…
Loading ...