This Autopilot system is the system fitted to the various UAV's designed and flown in Namibia for nature conservation and to support the anti-poaching programs there.

Have a look at the postings under Aircraft Platforms - by Joe and Gisela Noci in order to see these UAV's in action  -  Guppy, Hornbill and Kiwit.

Unlike the 'all in one' module offerings from various suppliers, this system consists of separate modules:

The reasons for implementing a multi-module solution are as follows.

Component obsolescence is a huge problem today, with some component lifetimes barely surviving 1 year. It is easier to stockpile components for the more complex applications, such as the IMU sensors, thereby permiiting extended support and production life for a specific part number module. Howeever, for the lower cost modules and components, it is often easier to redo the board, with the latest technology parts as needed, since the parts are inexpensive. The Airdata and Magnetometer module fall into these categories.

A further very compelling reason is to be able to split the sensor functions and spread them over the platform in optimal positions. For example, if the Magnetometer were located on the IMU, this poses a problem on electric motor platforms. Ideally the IMU should be reasonably close to the A/C center of gravity, but that means it is normally quite close to the drive motor and the thick wires carrying heavy currents to the motor ESC. The magnetic fields from these wires and the motor wreak havoc with the Magnetometer. Being on a seperate module we can now place the magnetometer towards the rear of the fuselage, keeping it bore-sighted with the IMU, out of stray magnetic fields. The same applies to the airdata module - it is sometimes easier to place the module in the wing close to the pitot-static tube, and bring wires from the wing into the fuselage via normal connector, than to have pneumatic pipes bring the air from the wing to the sensor in the fuselage.

This configuartion does not suit the very small and slim A/C, tiny gliders, etc, but the NamPilot is aimed at the higher performace, more safety critical applications, of larger UAV,s.

All these modules and the GCS, hardware, mechanical and electronic, were designed and built by me and all software created by my good wife, Gisela. The software includes all GCS software, and all aircraft flight control, guidance, navigation and INS software - She is a Boff!!

Attached are some photos of the modules, and some PDF files with more performance related data.

The Nampilot as fitted to Hornbill and Guppy is a packaged module, containing the sub-modules shown in the photos and PDF's. 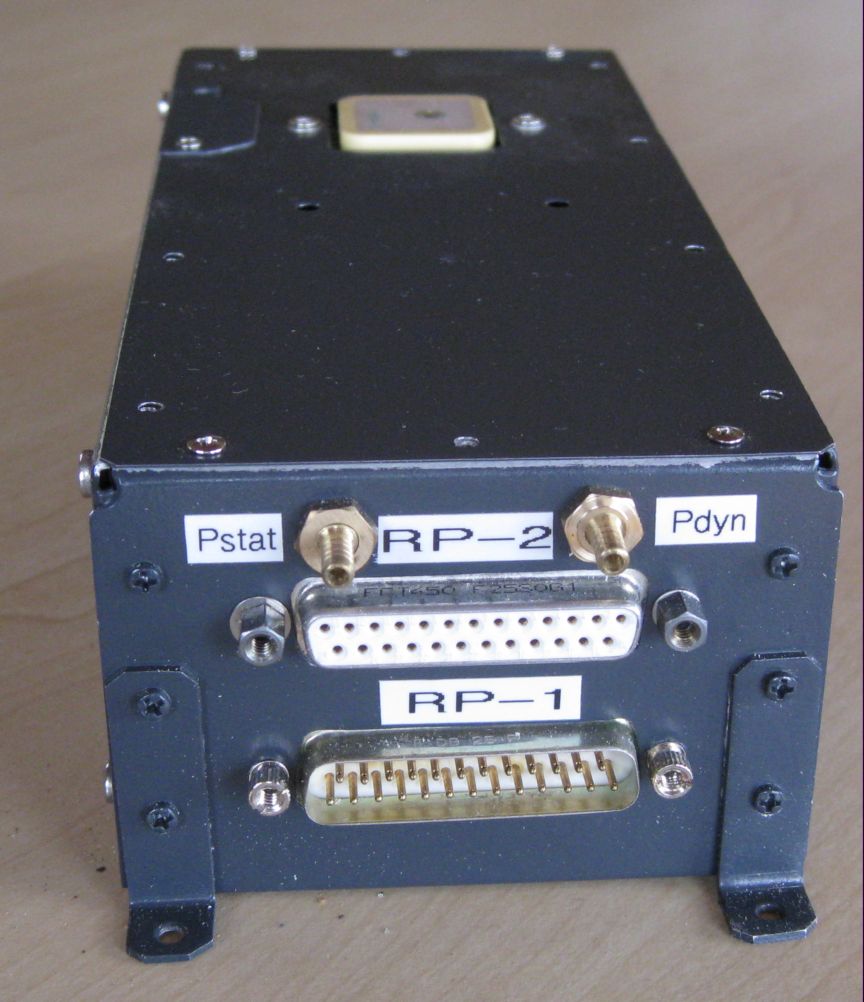