CE30-D is a complete solid-state LiDAR with large measuring range and high resolution. It can be used in UAV such as drones, cars, robots and so on to detect the range, altitude holding, obstacle avoidance, self-guiding and so on

Principle of Ranging: The ranging principle of CE30 is based on Time of Flight (TOF). The modulated near-infrared light is emitted from CE30, which will be reflected by an object and received by CE30 again. CE30 calculates the phase difference and time difference between the emitted and received light to determine the distance between CE30 and detected object. Detection Range: The maximum detectable range is different in different area of field of view. The detectable area of a 90% reflectivity object is shown in Figure 5. 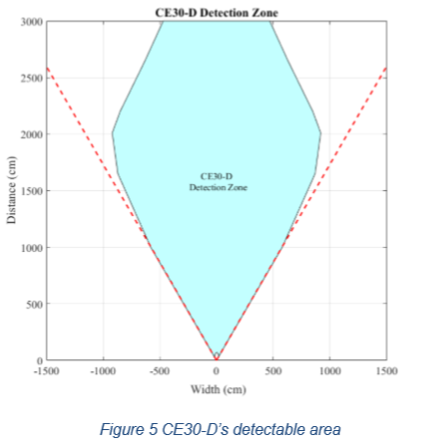