A couple of days my quad crashed, because I'm kind of new to Arducopter I would like you to review my reasoning (log file is attached to this post).

After having flown for some minutes on a mountain hill in Loiter (+- 10th quad flight), I decided to increase the height of my F450, 2212, 9443 props, to record a nice shot with my attached action cam. After this shot I lowered the height of the quad, and when it reached about 10M above the hill's surface I gave full throttle. Unfortunately, the Quad didn't stop declining (but remained 'horizontal') but crashed and rolled down for 10 meters or so. 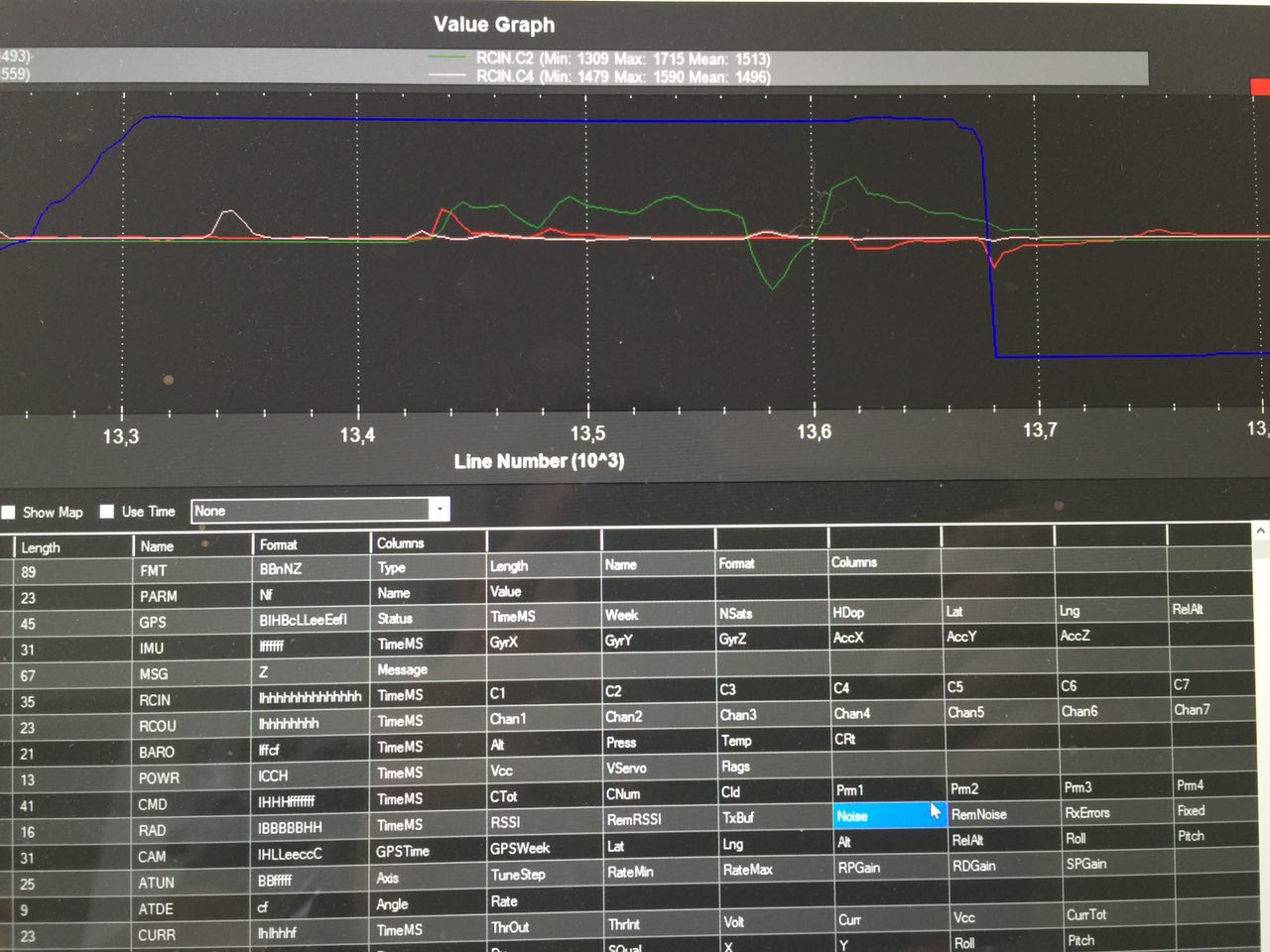 2. the power send to the motors, from CH1-4 I found out that motor 3 is running at full throttle (and that it's waveform is much more 'digital' compared to the waveforms of the other ESC channels?).

- because the quad remained flat (didn't flip), the prop was still on the motor.

SO, I expect that my COG is not in the center of the quad frame (due to the off center placed action cam and the GPS) because of the fact that CH3 has to work harder (but not everywhere in flight! strange?). Furthermore I expect that my quad is a bit underpowered because CH3 is not able to keep the quad in the horizontal plane when other motors would be spinning (only in this situation!). Do you AGREE?

Furhtermore, I've done this shot 10 more times, but the quad didn't crash, what could be the reason for this (same hardware config)? (Wind?) Although I made one hard landing during an earlier flight when I came from 50 meters high (I think that this cause was the same as this crash cause).