In this article, we are going to dig out the pros and cons of various Frsky Receivers to find out the Best Frsky receiver for your Race Rigs! A receiver is an important and basic component in racing drones as without it the signal sent from Radio or Transmitter cannot be processed by the Flight Controller. But the question arises when choosing a Receiver for your Taranis or Horus Radio as there are plenty of receivers to choose from. 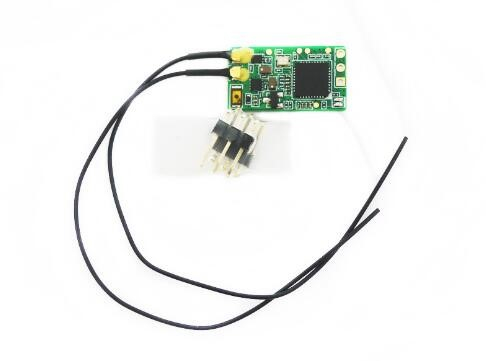 Frsky XM+ is a Small Size Reciever that Frsky Mainly developed for Mini or Micro Racing quads where the space to allocate the components is challenging. Frsky calls it Ultra Mini Reciever as it only weighs 1.6g and Moreover, it is a  Full Range receiver which means it will be identical to the X4R, XSR … Receivers.  The receivers feature Dual Antenna which means you have diversity with it. It has an IPEX V4 Antenna which makes it easier to change the antenna in case if it breaks and you don’t need to do any soldering to replace it.

The major Disadvantage of this FrSky receiver is that it lacks Smart Port which makes it incapable of telemetry. Telemetry is a dual way communication between your Radio and receiver, as you can receive data such as Flight Time, Battery Voltage, Battery Consumption, RSSI, etc From your Flight Controller to the Radio through the Reciever. Even though you can receive the RSSI output from the 16th Channel of the Reciever.

The receiver is very compact and simple in its design with only three-pin outputs, power, Signal, and Ground which makes it very simple to connect to the Flight Controller. There are no complications in the Connections and It is very easy to configure.  Only SBUS Output mode is available in the Reciever with the D16 Mode of the Frsky Radio. A wide range of Input voltage (3.7-10v) is accepted by the receiver But it is recommended to Connect a 5V output from your Flight Controller to it as you don’t need to find any other Battery Eliminator Circuits.

You can use this receiver in a 5inch build as well as in a 2-inch Build because of its small size factor. It will suit any build where housing space is challenging.  This may be the best Frsky receiver for Micro and Whoop Builds where you fly it in Closed Environment because it doesn’t support telemetry. 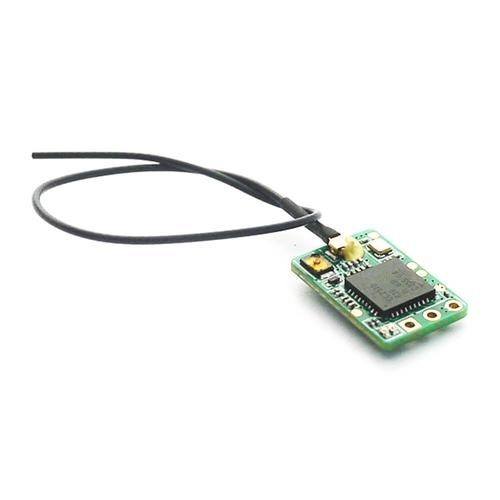 Frsky XM can be called as the younger brother of Frsky XM+ receivers. It follows a similar design but consuming very little Circuit Board to accommodate the components. It only weighs 1g and it is the lightweight receiver Frsky has ever released. It follows similar features of XM+ Receivers like RSSI output on 16th Channel on it But not a Full range Reciever. Also, it doesn’t have a diversity antenna that you may have to consider flying it in very closed environments.

The receiver is very tiny that you can place it at your fingertip. It also has only 3 Pins which are Power, Ground, and Signal. It accepts voltage ranging from 3.5-10v where it is recommended to Supply stable 5v to prevent Failsafes. It also follows Sbus output with 16 Channels output and compatible with FRSKY D16 Mode. Frsky XM is best suited for Whoops due to its compact design and doesn’t support telemetry. Hence it may be the best Frsky Receiver for Whoops. 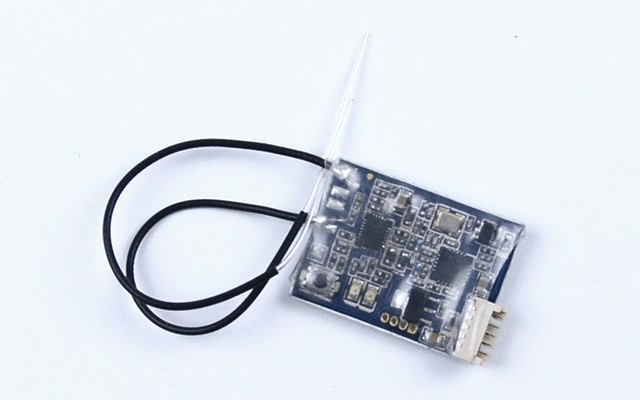 Frsky XSR is a Full Range, Telemetry Supported (SmartPort) Reciever with PPM and Sbus Outputs. Smart Port telemetry is a big advantage in this receiver so that you can have full telemetry from your Flight Controller. It weighs 3.8g and has a footprint dimension of 26x19.2x5mm. This receiver is not tiny as XM+ or XM and it is not suited for Micro Builds. As long as you have enough space in your Frame to accommodate this receiver, you are good to go. Although you may find a bit challenging to use this receiver in the Frame.

It supports a wide range of Voltage between 4-10v but it is always recommended to Supply stable 5v from your Flight Controller. The antennas are directly soldered to the receiver and there is no IPEX/IPEX 4 Connector to replace the antenna without soldering it. Perhaps this may be the best Frsky Receiver  suited for Mini to Medium-sized quads where you have plenty of Housing Space in the Frame The wiring is the same as of XSR with 5 Pinouts, They are Power, Ground, Signal, CPPM, and Sbus. You may find all the features of XSR Reciever in it and the compact design of XM+ Reciever. It can be called as a combination of these two receivers. The RXSR is very tiny and can be placed in the fingertip. So it can be used in Whoops, Micro, and Mini Drone Categories. Therefore, R-XSR seems to be the Best Frsky Receiver for 5inch Miniquads as well as Micro Quads.

We have compared a few of the small size receivers from Frsky that is best suited for Racing Drones. Each one of them has its own pros and cons and best suited in its own scenario.  That is why you need to consider the Purpose before buying a receiver. By this time, you might have figured out the best Frsky Receiver for a racing drone, But in fact, it varies from purpose to purpose and we haven’t covered any of the Long Range Receivers from Frsky. We will be discussing that in another Article. I hope this has helped you to choose a Frsky Reciever for your racing Drone.