I just wanted to share my experience at the London 3D printing show, I went because I'm looking into getting a new 3D printer. 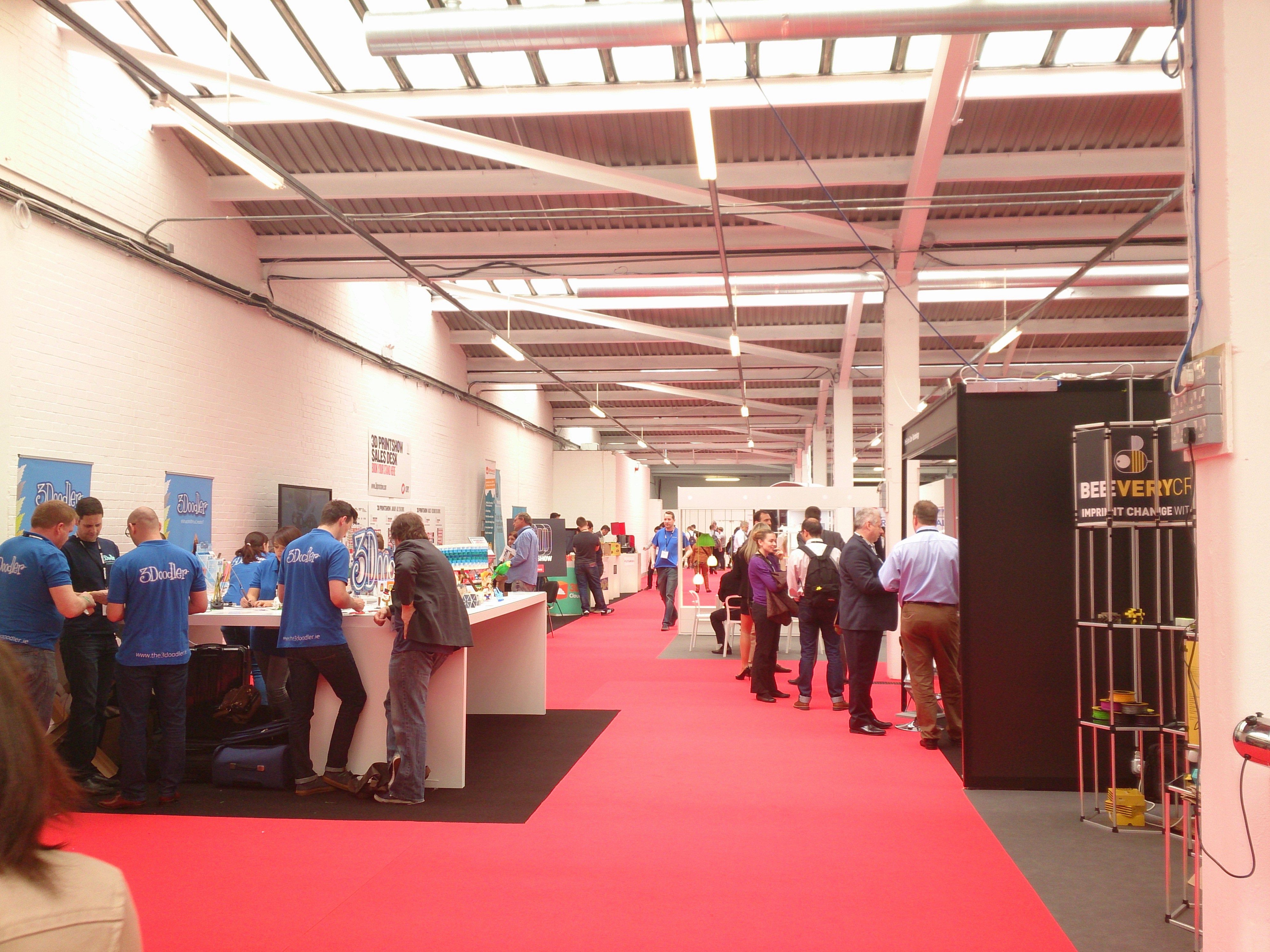 Here's the official website for those who haven't heard of it before:

I thought readers here might be interested, as 3D printing is very relevant to drones like this 3D printed drone below which I shall start off with, and through this post I shall list the different exhibits and 3D printers I saw: This was part of the Zmorph exhibit, which was an interesting printer because it was designed to allow the easy exchange of tool head! So it was not only a 3D printer but also a multifunctional "object create" allowing tool heads from laser cutters to cake and chocolate extruders!

Here it is below:

I found this interesting because it allows creation of say, the carbon fiber plates in a drone with the CNC cutter and all kinds of possibilities in one machine. The 3D print quality was pretty decent too. More info about this printer can be seen on their website:

The next exhibit which caught my attention was the Microdrone. The reason they were at a 3D print conference was because they were demonstrating drone customization, such as 3D printed accessories shown below. When I came across these at first I thought "just another toy quad copter" - but on further investigation there seems to be a huge amount of tech packed into these little guys!

One of the first things that surprised me was the extremely low latency live HD fpv feed from these, and I'm sure we all know how difficult that is to achieve! So I started speaking to the founder, Vernon Kerswell - here he is below flying one below: 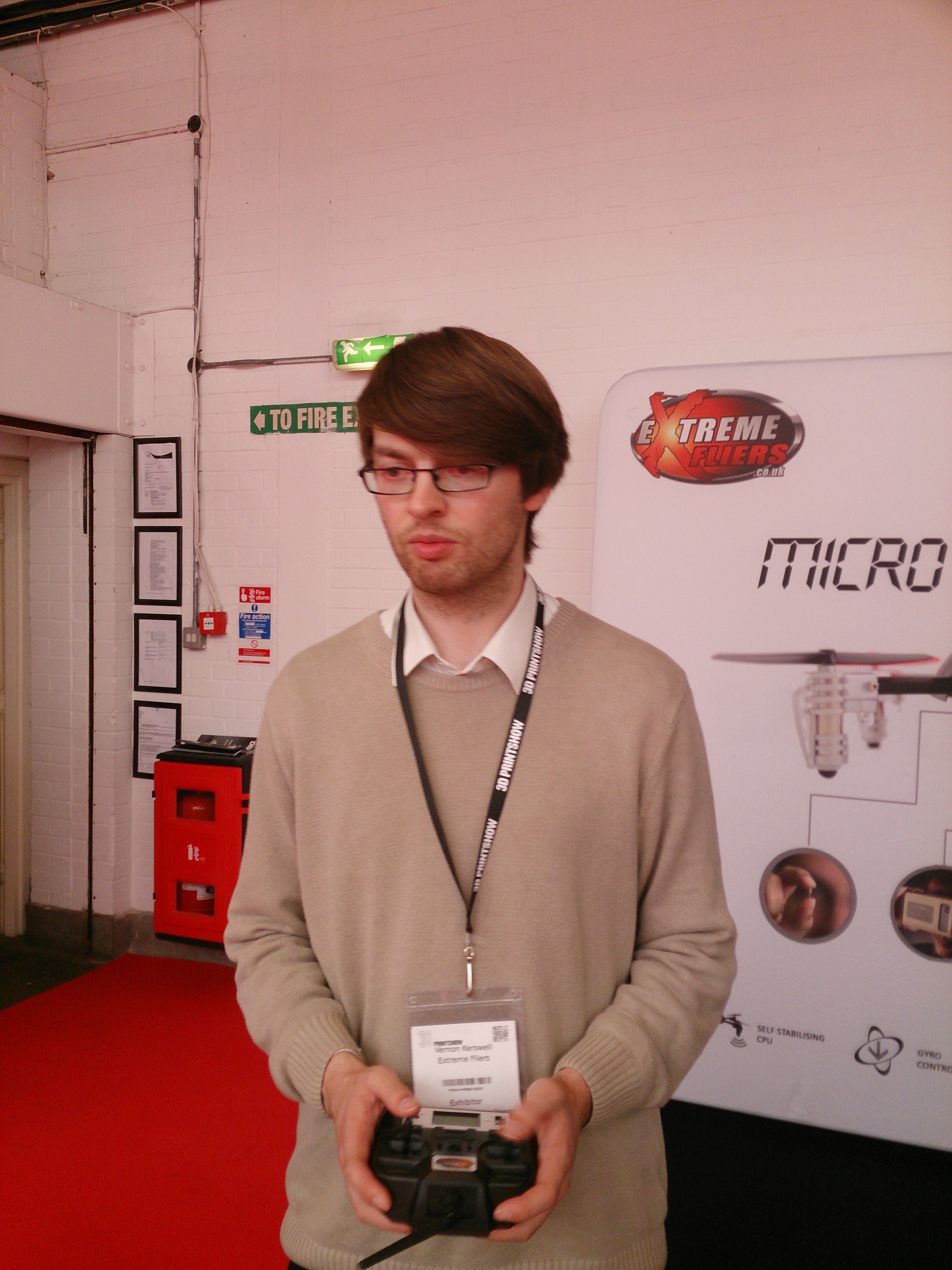 I asked him how they achieved the extremely low latency live HD FPV, and he told me that they used WiFI, but not as you know it. They cracked it open to remove all the added unnecessary features of wifi such as association. Infact it seemed very very similar to this method of HD FPV:

This was practically the same method! Simulantious invention? I don't know, but I know microdrones release date is in a couple days.

This was very impressive, along with other great features like the stability, which was very impressive, the algorithm seemed to make the drone fly incredibly stable. Not only that but the motors and props are bidirectional, so the drone could even fly upside down and do loops at the flick of a switch. Another cool feature was the miniature gimbals they're developing and the upgrades. Also being fully digital it'll work with devices such as your smartphone and Oculus rift. Pretty exciting!

All of this for around £100, which is a great price point. Definitely worth buying in my opinion for a bit of fun, great for flying around the office! Another curiosity was the 3D printed food section, here's some shown above. Looked yummy!

Below are some of the different 3D printers - There were many other 3D printers, but these were interesting to me: I'm sure you all know about the Formlabs Form 1 SLA 3D printer. At the expo they were demonstrating their new flexible print material, which was very nice indeed and a cast-able material.

Read more about it here: http://formlabs.com/ Here is the Zinter Aero 3D printer, a nice looking machine which was quite exotic because it featured an extremely high temperature extruder and bed, I think 400 degrees for the head and 300 for the bed. in fact it would heat the entire chamber it was so hot, though it was only passively heated by the bed, they told me say 50 degrees above ambient but don't quote me on that. Anyway this allows new interesting materials to be printed such as Nylon and Peek in a FDM 3d printer.

This was the BigRep One.2 which was interesting because of it's humongous print area, it's over a meter cubed, and with really high print quality. Read more about it at:

These were interesting because of the print method. They were full color 3D printers. They used layers of paper to build a model. What would happen is a layer of standard A4 paper would be printed on using a special ink head, which extruded colored glue, this glue saturated the paper all the way through. Then, the outer perimeter of the paper was cut using a CNC knife, and another layer of paper would be placed on top, then pressed against the top of the printer, which was heated. This cured the glue, the process would repeat until a model was built up.

I wondered if a similar method could be done using something like carbon fiber and epoxy?

Anyway, those were the most interesting 3D printers I saw, but there were all kinds of things like a minecraft style modeling software, a 3D print simulator/optimiser, and even food safe antibacterial 3D print filament.

I also found an interesting magazine called Disruptive, they document and follow the 3D printing world. More info on the show and all kinds of 3D printing related things can be found on their website: 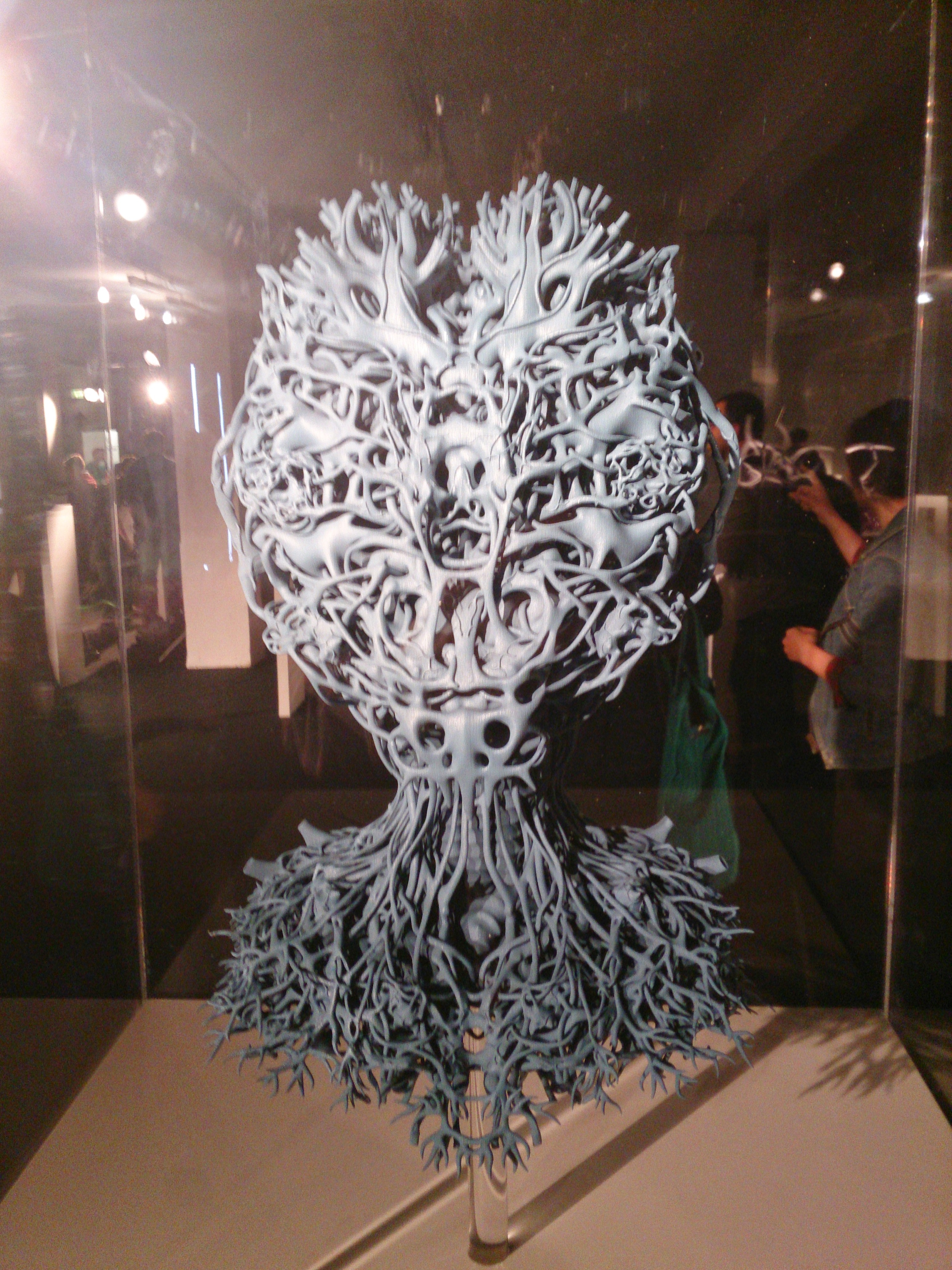 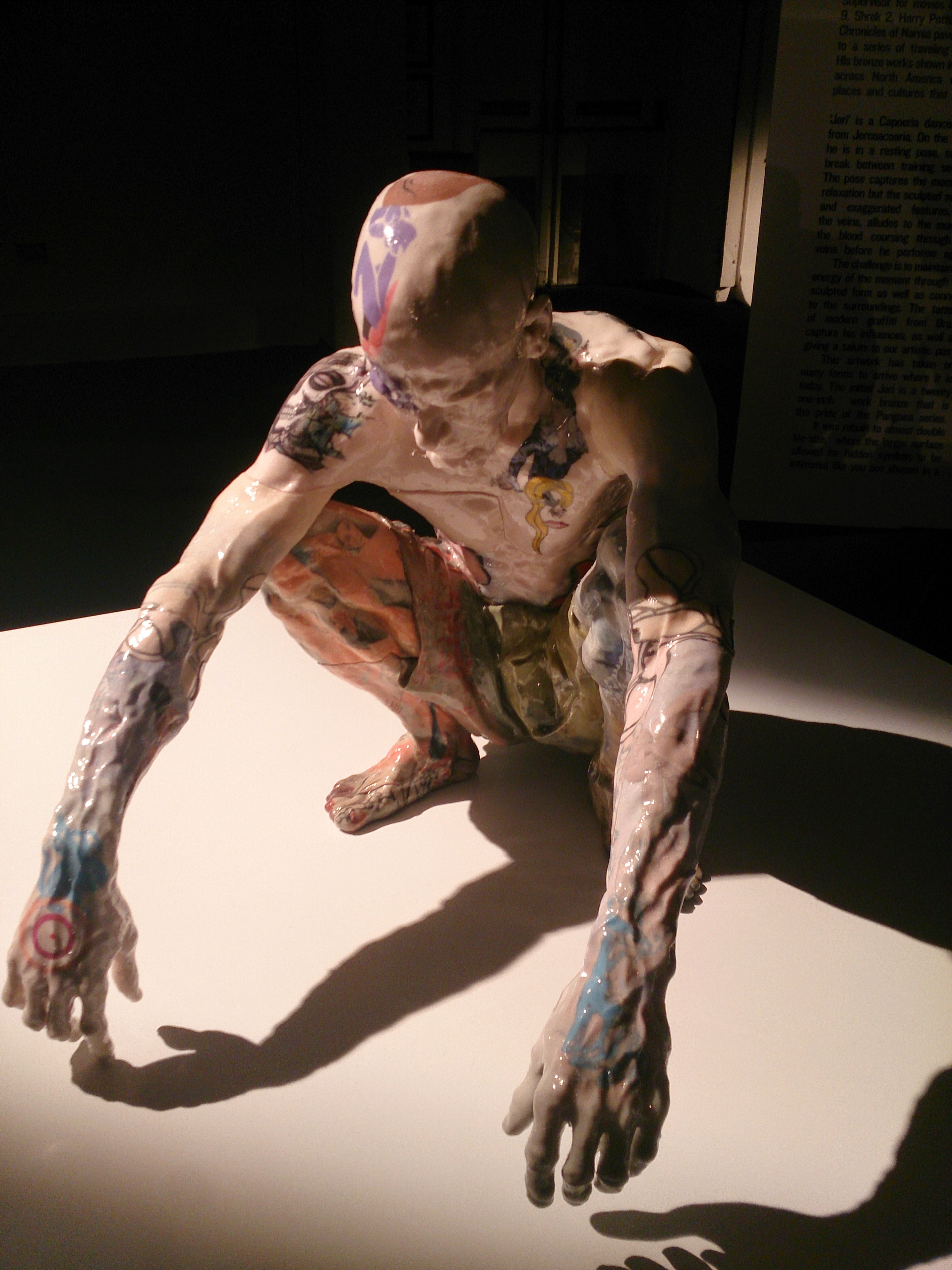 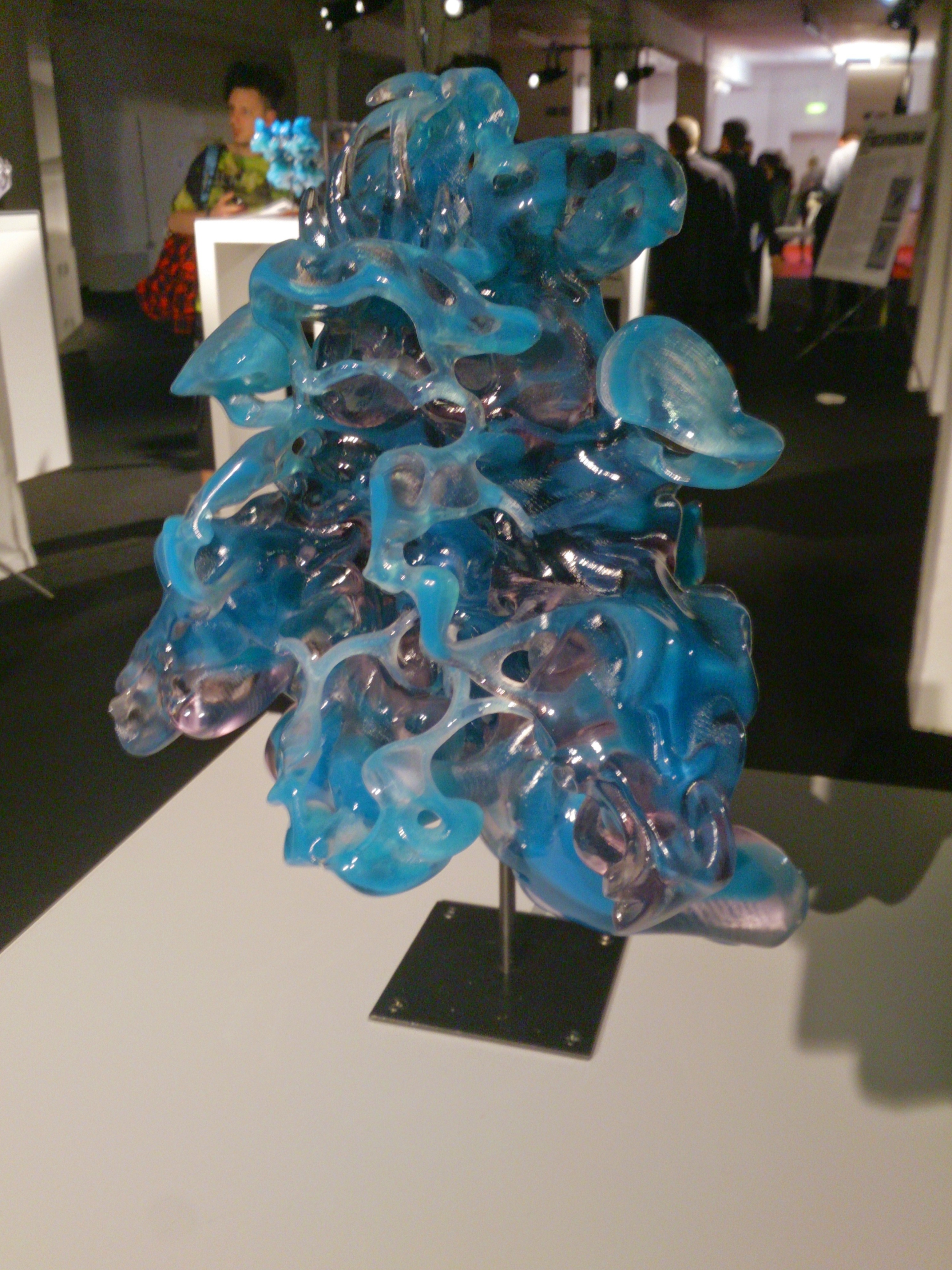 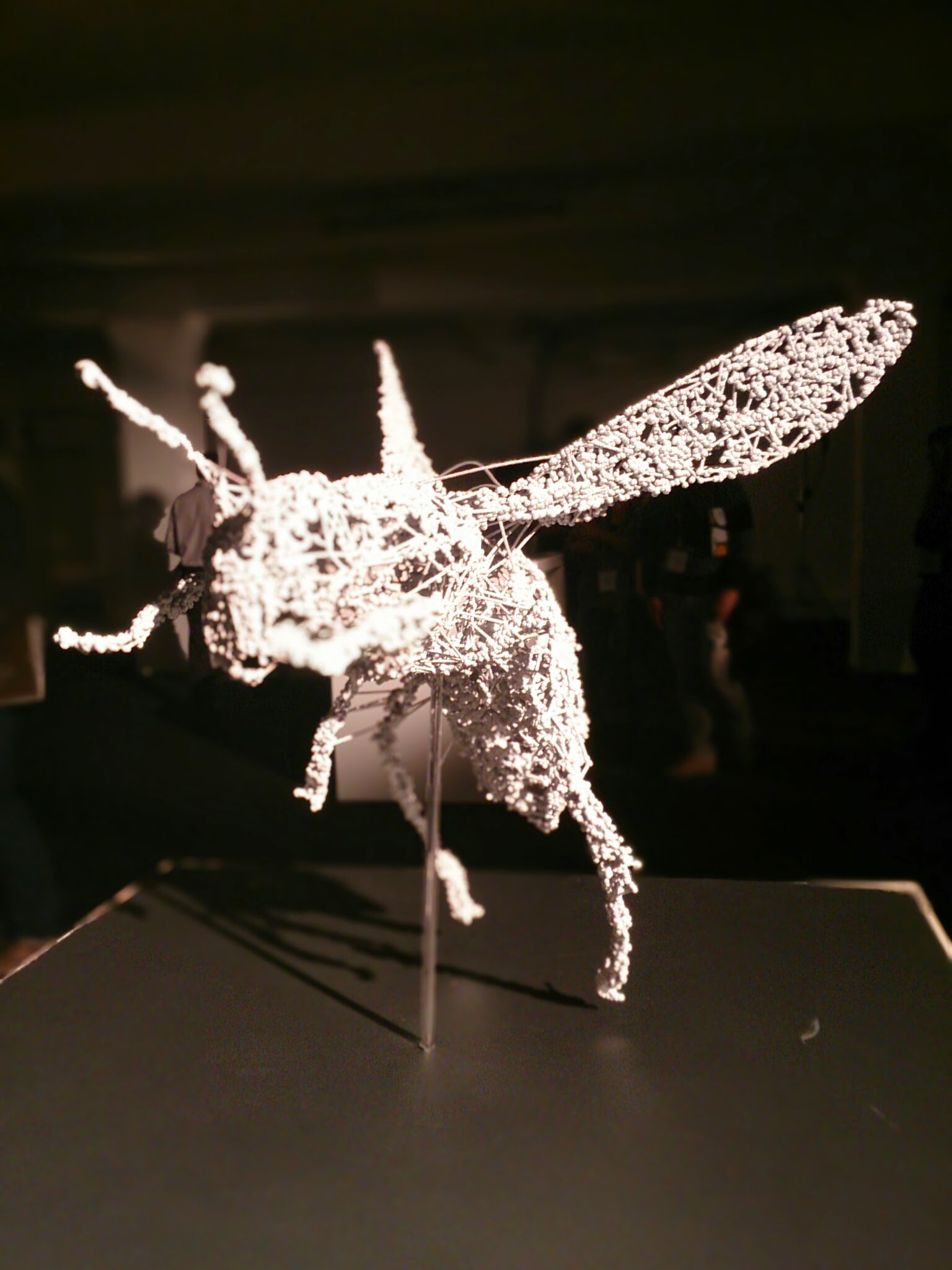 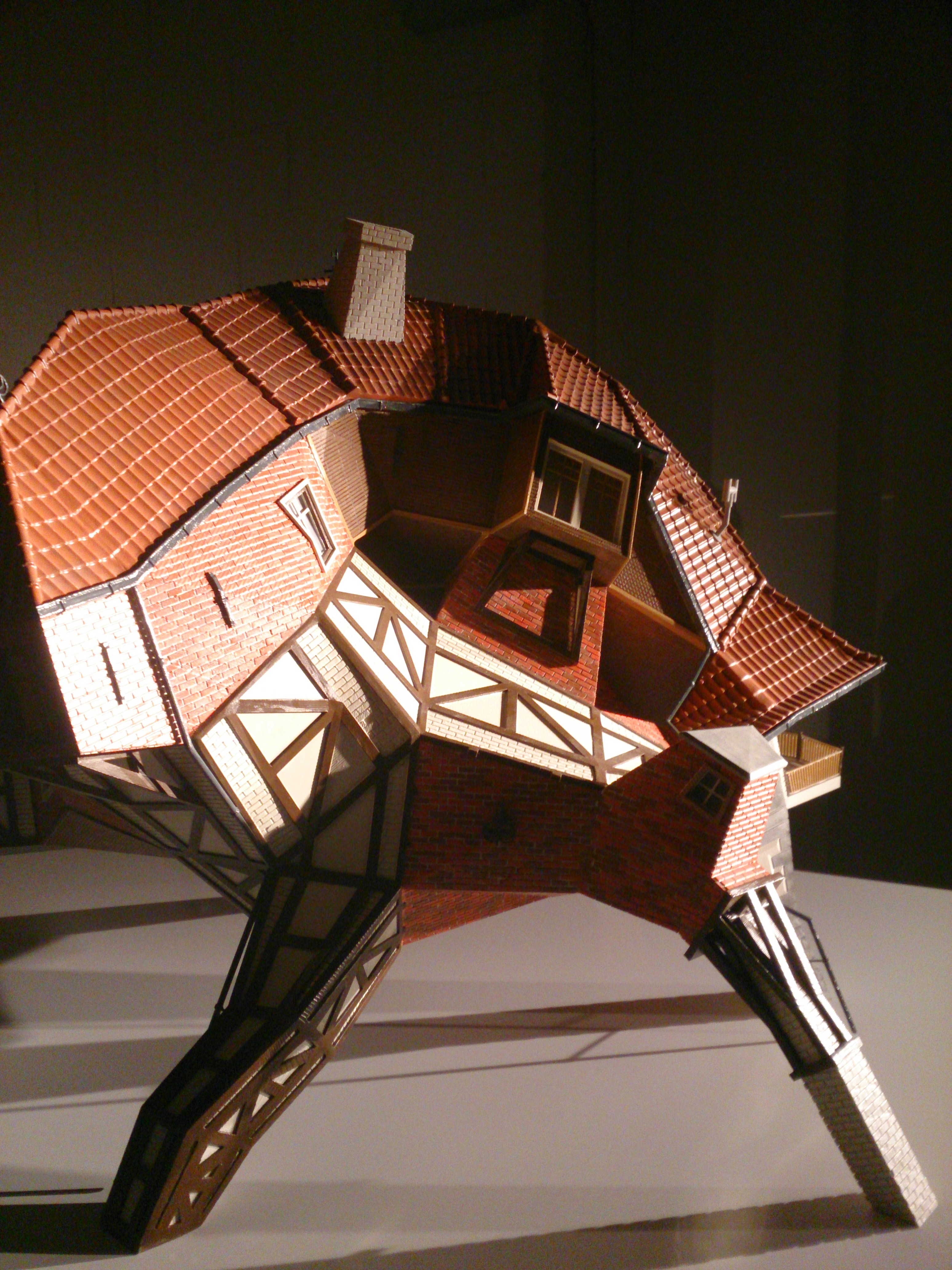 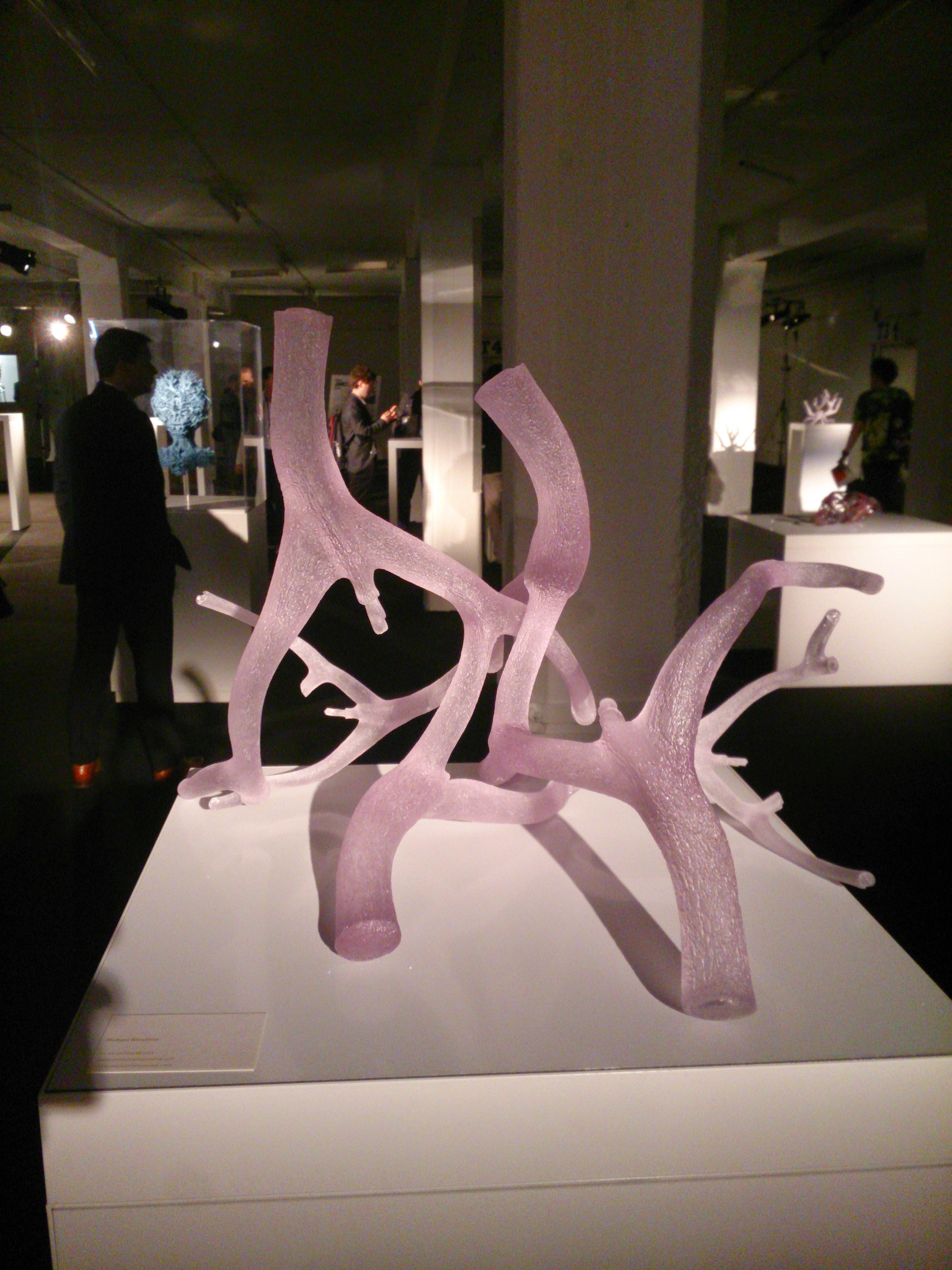 It was a great show, definitely worth going to and I highly recommend it. Also please note that if any of the photos or information is restricted please message me.