I'm a technologist and recreational pilot flying the DJI Phantom 3.

I've just written a post on the effect of the new Canadian drone rules on recreational uses and early stage application developers that may be of interest to people on the forum here.

It was driven originally by some mapping visualization based on aerodrome data I acquired. In addition to the post above, you can use the map yourself to see the Canadian aerodrome restrictions in your area at https://dronebanmap.ca

Snapshots of few major metro areas are included below. Until I actually rendered the data I hadn't realized just how completely the new rules exclude flying in all of Greater Vancouver and other Canadian metro areas. Most people I've shown the maps to are shocked. 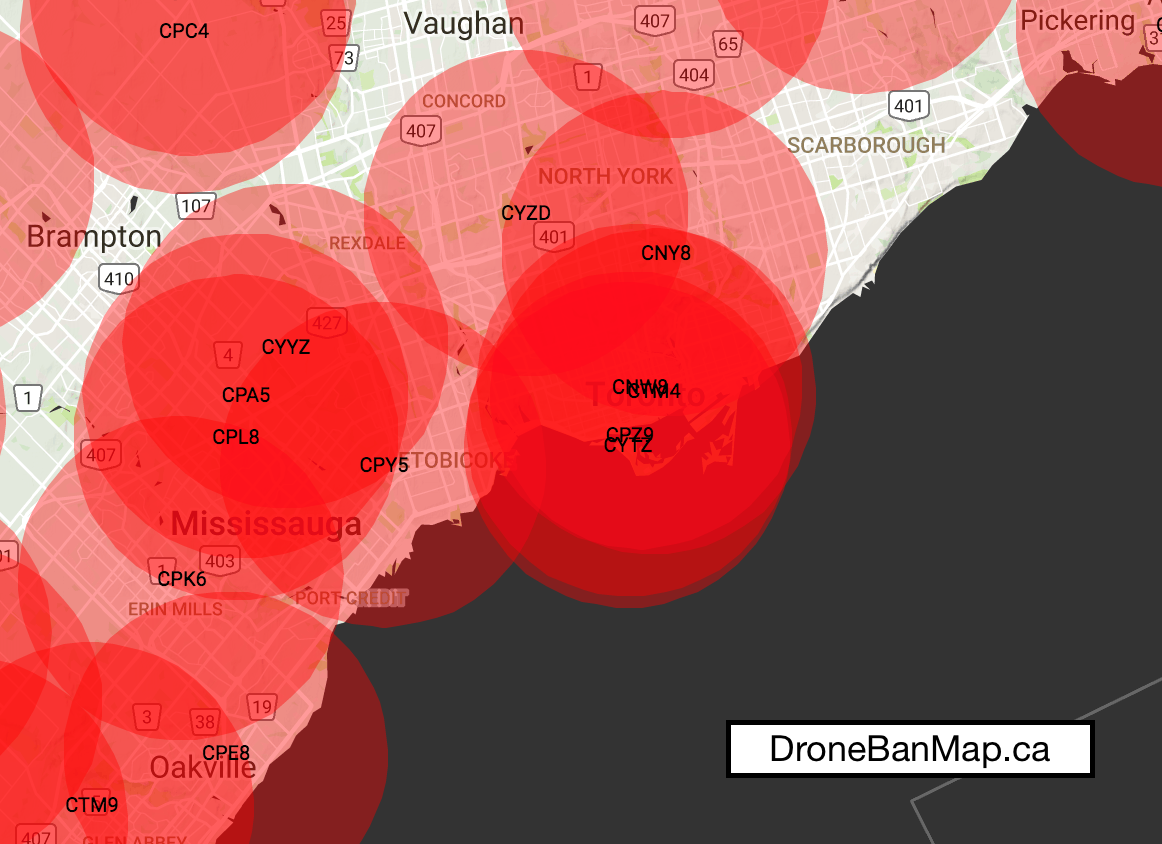 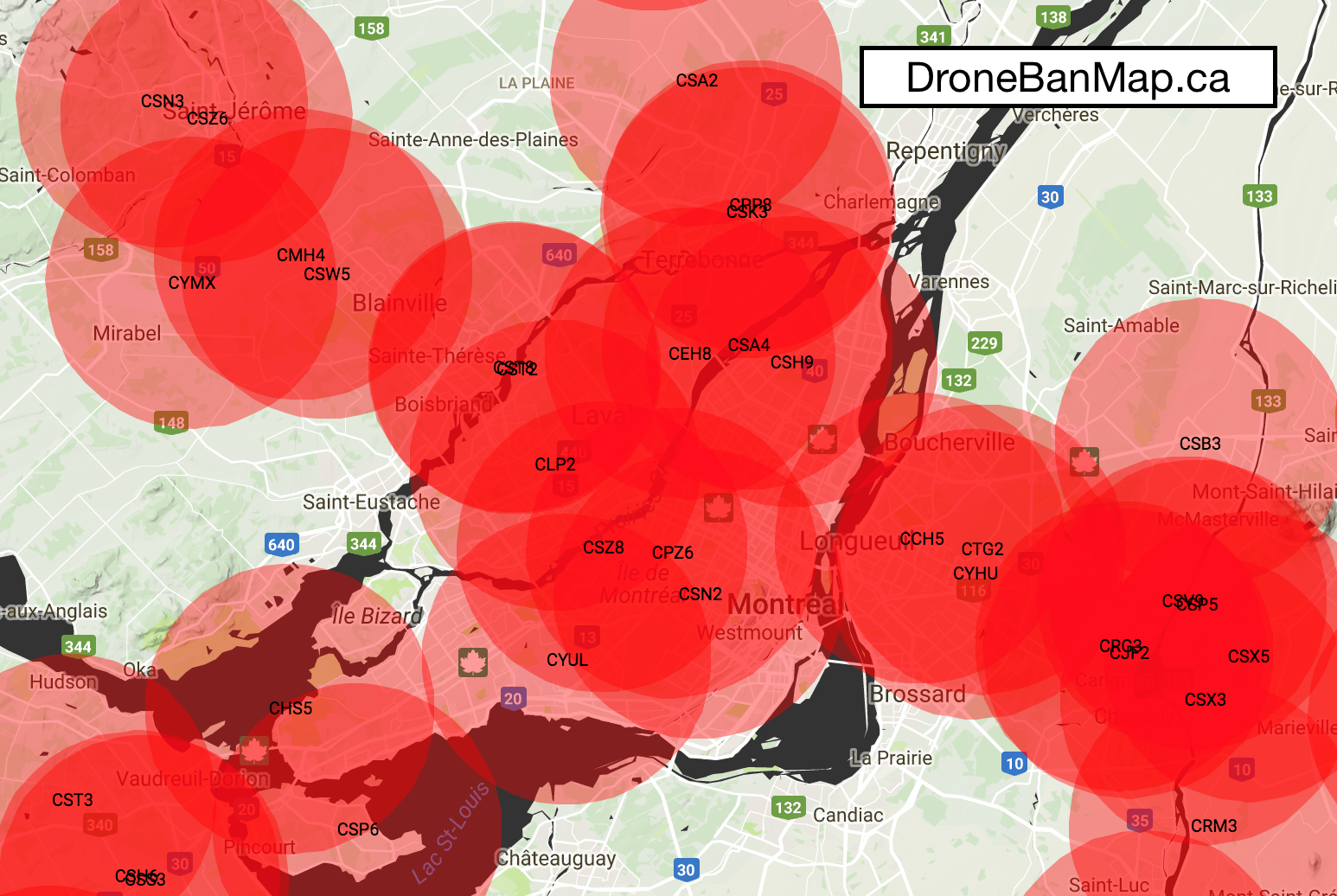