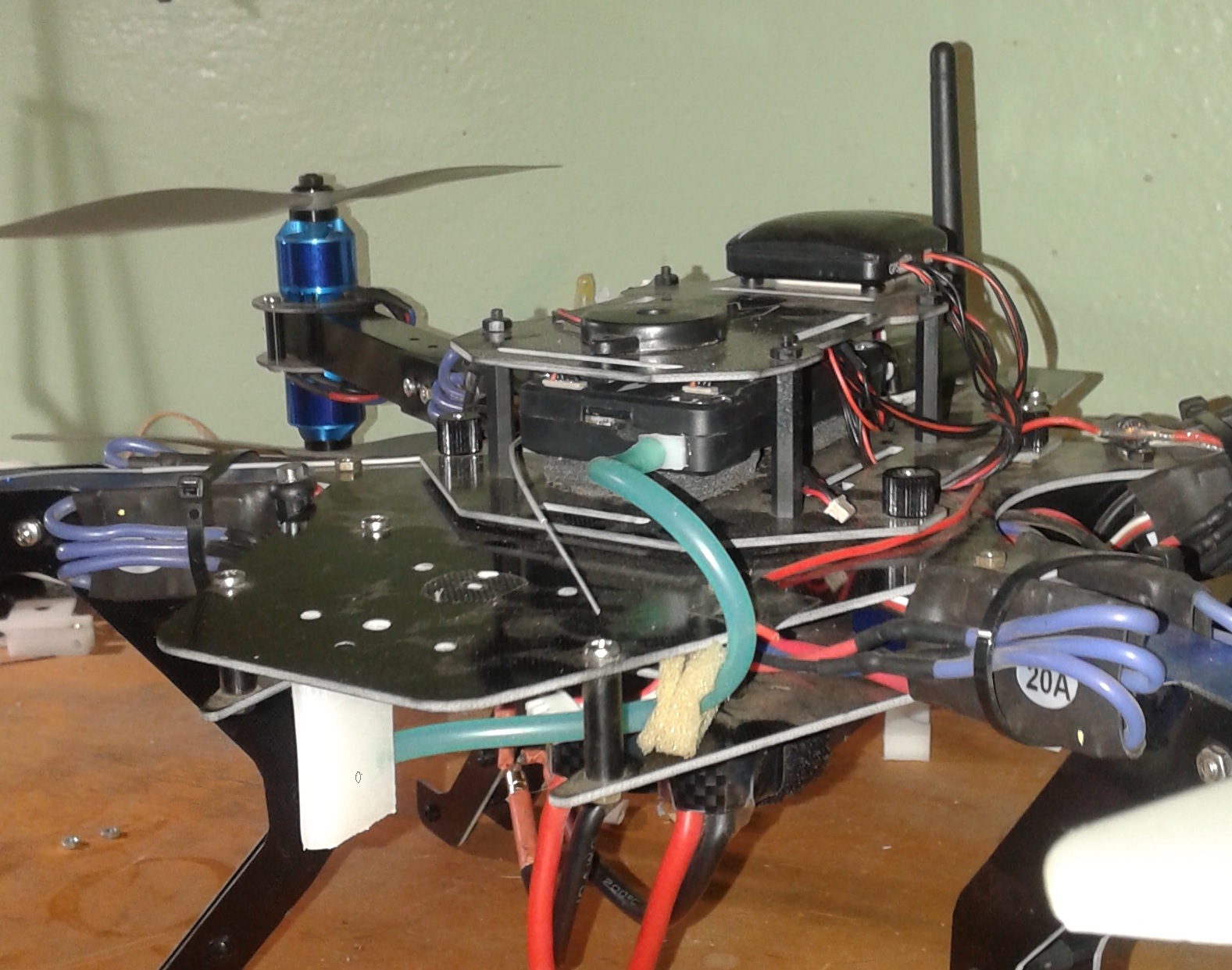 Some of you may have noticed that your multi-copter will lose from 1.5 to 3 or 4 meters at the end of a horizontal run when in any of the Altitude Stabilized modes, like Alt Hold, Loiter (and PosHold for 3.2 candidates) or Auto.

Several heated debates have considered the reasons and possible causes, until finally a more demonstrative test was undertaken, using the 3DR X8 above with Pixhawk

But first some ground data:

The following graph shows how the altitude influence is directly affected by velocity (especially forward velocity), but to a lesser extent latteral velocity. A general conclusion is that a "pressure bubble" forms in front of a moving object: This is an image of a pressure gradient around a sphere moving towards the left of the image. This gradient is greater or less depending on the physical configuration of the vehicle. The vehicles that are most effected by the altitude drop tend to be less streamlined, with greater frontal area, and therefore a greater pressure buildup.

As the vehicle accelerates, the pressure starts to rise slowly and the forward tilt of the vehicle moves the higher pressure area more directly into contact with the altitude sensor. Then with sudden slowing, quick pitch changes and dropping pressure simulates that the vehicle is rising. Altitude controllers react to counter the effect and the vehicle drops..... sometimes like a rock.

So whereas the debate postulated that software should be able to resolve this problem the problem remains that, if it's really true that the cause of the problem is the "pressure bubble", then the software can only react to what it "sees and feels". If you make the assumption that it is possible to generate a countering force at the end of forward travel, you may end up sending the vehicle into space if the wind is from behind. The processor doesn't know any more than it can "feel".

The white plastic rectangle on the other end of the tube has a tiny hole (not very visible in this photo, but about 1.5mm diameter) drilled from side to side, and then another hole of the same diameter leads from those holes to the tube. In this way, forward movement does not exert any pressure into the tube, furthermore, as the vehicle pitches forward, the static sensor holes move down into a lower pressure area outside the bubble. Pitching back up, if anything the static holes move into a slightly higher pressure area. the end result is ZERO DROP in altitude.

Lateral movement has no effect, as the side to side holes let flow pass though unrestricted and no pressure gain is seen.

This baby flies as flat as a pancake!