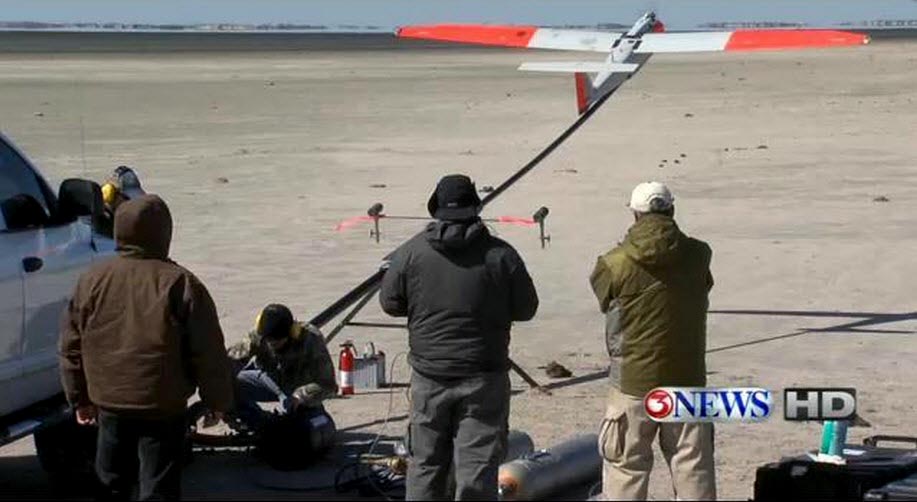 Here are two news stories from the training exercise I helped conduct last week in south Texas.  We were training the Texas A&M personnel on how to operate as the ground crew for the UAV system they purchased last year.  They did a great job and it was fun week working with them all week despite the colder than normal temperatures that we had to deal with.  So congratulations to TAMU-CC on successfully completing their first training exercise with their RS-16 UAV system!  Looking forward to more flying in the future!

Weight: 70lbs during these flights and 85lbs max gross

(BTW: I am the one in the black hat and grey pants acting as external pilot for these flights.) Adaptive Flight was contacted by CNN and ask to bring a UAV down to the studio and fly it on live camera while talking about it with the host Don Lemon.  So we took a Hornet Micro and headed down to the studio.  It was a lot of fun to show off this technology and put in a positive plug for domestic use of UAV's.

William Robinson was the one on camera and I was the one behind the controls of the helicopter.  This is a fully functional UAV system that was used in this video, but I was flying it manually because of it being indoors and the hundreds of thousands of dollars of equipment that is all around in the studio.  Still, it was a lot of fun and great to see everyone's reaction the first time I took off!

Here is a link to the CNN Video

and here is a link to to Adaptive Flight's website