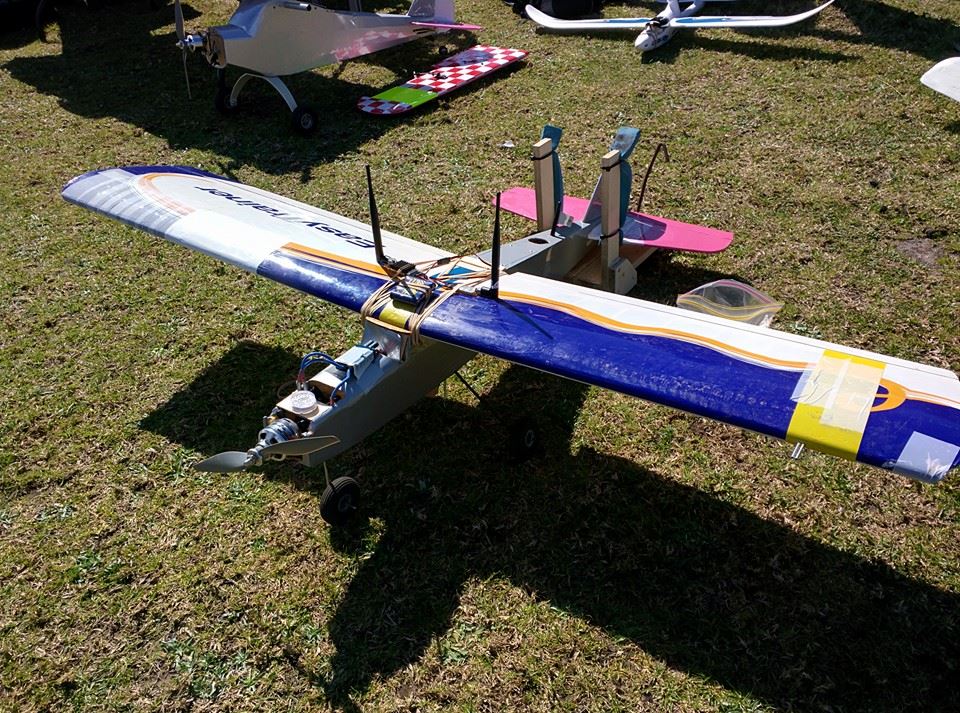 Finally getting around to posting about our successful test of our Multi-Point Repeater aircraft last August.

Basically we were able to fly a Quad Mission relaying the mavlink data via our repeater aircraft, itself in an autonomous mission 400ft above. Both the Quad & Fixed wing data were fed through the repeater and were displayed simultaneously on Mission Planner.

The Repeater was made up of a RFD900 (MPSiK V2.5 firmware) and a 3DR 900mhz radio wired directly together. The Rx/Tx and RTS/CTS pins crossed over, powered by a separate battery and mounted on the wing of the fixed wing aircraft.

The Quad & Fixed Wing both had RFD900 with multi-point firmware. The Ground Control Station had a 3DR 900Mhz Radio.

The repeater seemed to work well during the whole mission with the Quad mission completely controlled via Mission Planner. Having an interest in robots that mimic living creatures I found this vid amusing. Imagine 100 of these APMed and schooling around a football stadium!