We’ve already heard about drones being used to deliver pharmaceuticals to patients in remote locations, but scientists from Johns Hopkins University and Uganda’s Makerere University are now looking at the other end of the picture – using them to deliver remotely-located patients’ blood samples to labs in larger centers. According to a proof-of-concept study conducted by the researchers, the little unmanned aircraft should be able to do the job just fine.

Led by Johns Hopkins’ Dr. Timothy Kien Amukele, the scientists started with 56 healthy adult test subjects, drawing six blood samples from each person. Half of those samples (representing each person) were then carefully packed into an Aero fixed-wing drone made by 3DRobotics, and flown around in it for periods ranging from six to 38 minutes. The air temperature was around 70º F (21º C), and the drone didn’t exceed an altitude of 100 meters (328 ft).

All of the samples, both "flown" and "unflown," were then driven back from the flight field to the Johns Hopkins Hospital Core Laboratory. There, they were all subjected to the same 33 tests, which constitute the most commonly-performed blood tests. 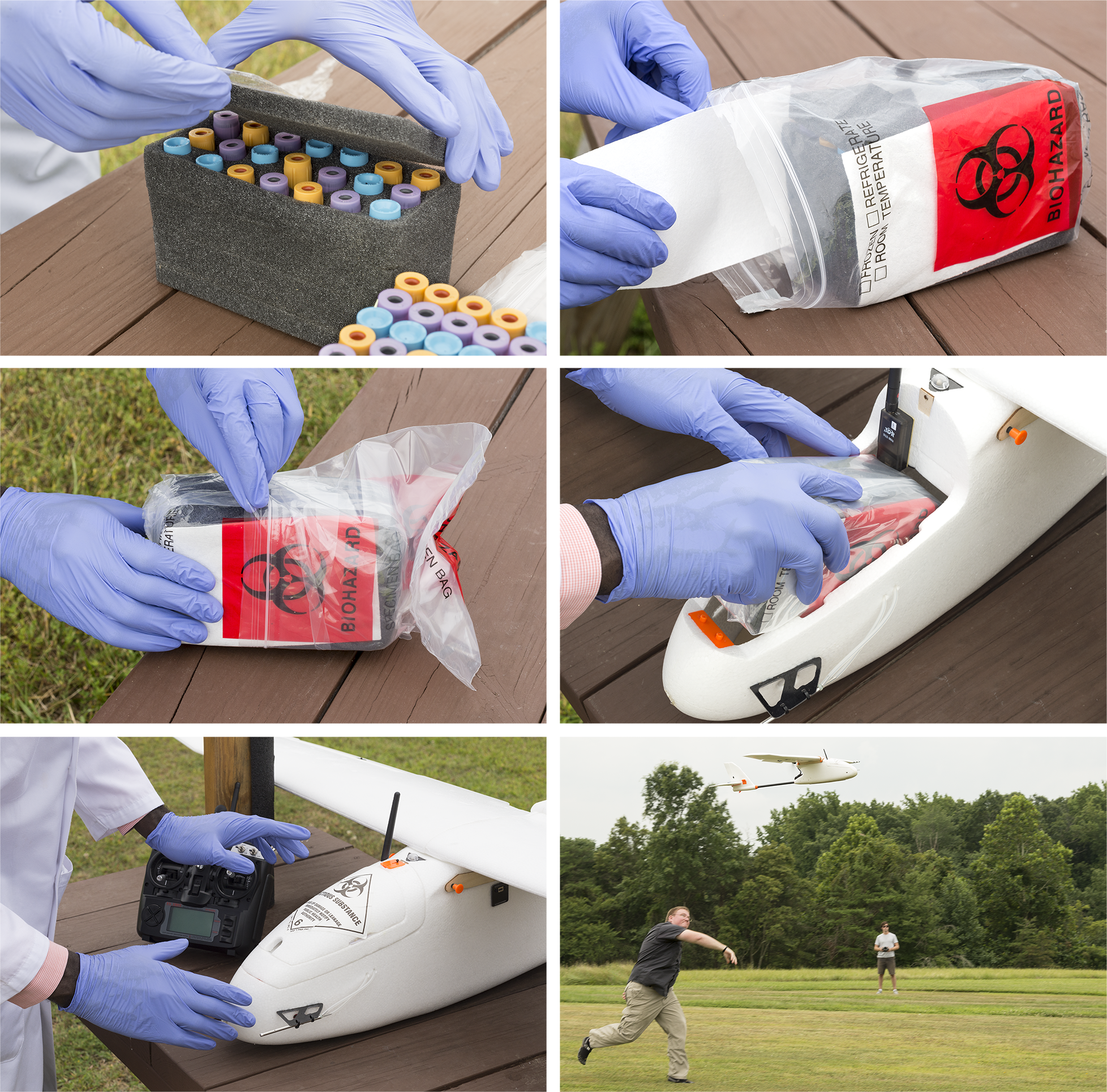 Initially, there were concerns that acceleration upon take-off and vibrations caused by rough landings might affect the samples. As it turned out, though, the test results for individual test subjects’ flown and unflown samples were virtually the same. In some cases, there were differences when testing for total carbon dioxide levels, although this could simply be due to the amount of time that the blood sat around before being analyzed.

"A drone could go 100 km in 40 minutes," he says. "They’re less expensive than motorcycles, are not subject to traffic delays, and the technology already exists for the drone to be programmed to 'home' to certain GPS coordinates, like a carrier pigeon."

A paper on the research was published this week in the journal PLOS One. The flight tests can be seen in the video below.