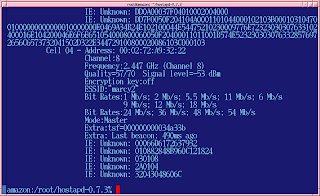 Finally got Marcy 2's microcontroller access point to show up in a scan.  The end is still a long way off, but getting transmit & receive going was a pretty big undertaking.  Making it not crash is another step.

It basically took 1 month to port the driver & reach this point.  Before that, it was 1 month to bring up the board & get JTAG + USB working with a home made programmer.  Laying out the board & selecting parts took 1 week.


Just 2 months ago, Marcy 1 had just finished being documented.  It was a surprisingly short time.  She never flew again.

It's quite clear that scanning sometimes works & sometimes doesn't until the next reboot.  If it works, the 1st iwlist always shows the last beacon 500ms ago, no matter how long after the reboot.  Later scans show no new beacons until she disappears after 15 seconds.

It could be that beacons are being sent, then they're stopping after the first scan.  Have observed if another computer scans 1st, the laptop can't find her.  Sometimes she doesn't show up at all, without any other scans.

Another idea is she's only sending 1 beacon.  Sometimes it gets through & sometimes it doesn't.  iwlist may have a bug where it shows the same time for the 1st beacon.

Beacons all seem to be handled in hardware, so kismet gives nothing. 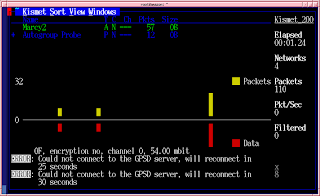 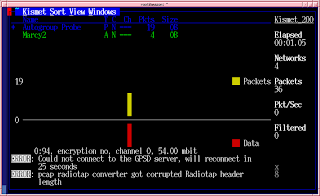